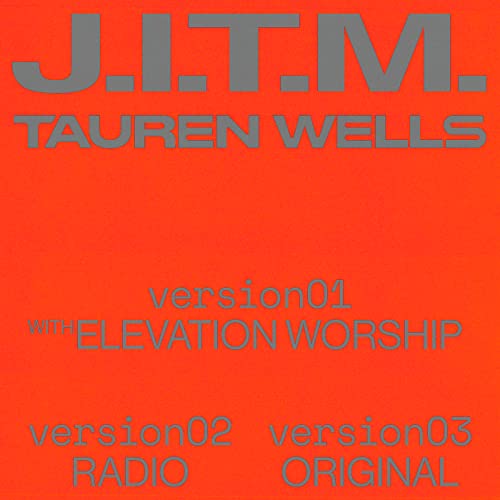 One of the most powerful, inspiring, joyous, moving, honest, emotional, and vulnerable artists that I have heard recently… is CCM pop singer and songwriter Tauren Wells. Originally a founding member of Royal Tailor, Tauren penned and sung the hit songs “Hold Me Together”, “Make A Move”, “Freefall”, “Remain”, “Ready Set Go”, “Got That Fire”, “Original”, and “Jesus Love”; amongst others. Since the band split though, Tauren has been making waves as a solo artist, wowing us all with his pop sensibilities and his poignant, heartfelt lyrics. Songs like “Until Grace”, “Hills And Valleys”, “Citizen Of Heaven”, “Undefeated”, “Fake It”, “Miracle”, “When We Pray”, “Empty”, “God’s Not Done With You”, “Hold Us Together”, “Come Home”, and “Echo”, to name a few; have been giving us a sense of vulnerability and honesty; as Tauren pours his heart out and graciously peels back the layers of his own heart in order to get real with God. Tauren has been nominated for many Grammy Awards and Dove Awards, and while he has released four albums which we reviewed here, here, here and here; Tauren has since continued on his journey with Capitol Christian Music Group. In late 2022, he released his brand-new EP called Up, and now this year, he has released Joy In The Morning – EP.

Having released his latest album in June, Tauren reimagined one of the songs from the project last year. “Up” was and is a favourite of mine, and as one of the latest singles, Tauren has released four versions of the song… although some might say that that is overkill. “Up”, a happy-go-lucky pop song that could easily find its way on mainstream radio, speaks about preserving through adversity and life’s troubles, as Tauren reminds us all, that we cannot give up in the face of hardship because we have so much of this life to live for- our friends, family and everyone in our lives who love us dearly. With Tauren contributing a live version of the track to this EP as well as a pop version (with Jimmie Allen) and a gospel version (with Mary Mary’s Erica Campbell); this EP (or 4-song single?) is one that will certainly bring a smile to our face and one that we’ll be dancing and toe-tapping to for many weeks and months to come. Likewise, with the worshipful current single “Joy In The Morning”, Tauren has released a live version with Elevation Worship, alongside the studio version and the radio version of the song. And thus… will Tauren continue to release multi-track EP’s of the rest of his singles from Joy In The Morning? Might we see many versions of “Fake It”?

Tauren Wells is an entertainer. He is a performer and a man with a heart for Jesus. He is a bonafide artist with a heart of gold and he is willing to proclaim the gospel to everyone he meets. Joy In The Morning may not be the longest in terms of duration. But it does have joy and it does bring us hope. That is probably all that we could ask for these days. We need an album to pick us up, and Tauren’s album is the one. It probably isn’t the album if you want theological correct doctrine. But since when do CCM artists need to be qualified in doctrinal issues? The title track of the album sounds very much like something out of Elevation Worship, Hillsong or Bethel Music. And as such, you all might boycott this song… but I say- give it a chance. Joy In The Morning, and especially this song, makes us feel joy at God being in our midst- and that is certainly a good thing. Well done Tauren for a stellar set of songs and well as a musically and thematically outstanding new single!

I have laid in bed with tears in my eyes listening to this version of ‘Joy In The Morning’. No matter how dark the night, we have hope. And because we have hope, we have joy. I believe this song is going to minister to you, a friend, or a family member that needs to be reminded that weeping MAY endure for a night but joy WILL come in the morning.