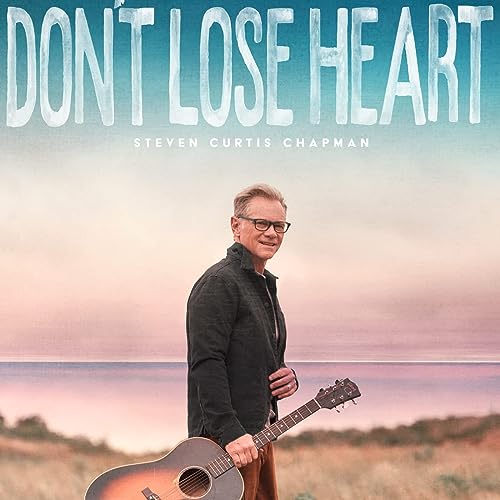 In 2008, singer/songwriter and CCM artist Steven Curtis Chapman endured and suffered the most horrific pain you could ever imagine. The long and short of it was that Steven’s son Will was backing into the driveway of their home, and accidentally killed youngest daughter Maria. The family was a wreck after that, Steven almost quit music all together, and the family questioned whether God was good. And… it’s understandable what Steven was doing. In effect… he was deconstructing his faith and questioning why God ‘allows’ suffering. And of course, they had to do all of that, they had to grieve, ask questions, go through that entire process. When you’re in the pit like that, it’s no good if someone yells out ‘Jesus is with you, so get up and you’ll be fine’. Sure, you will be fine after a while, and that sentiment may be true, but it’s not something you want to hear right now, and those words will probably do more harm than good. When you are feeling rotten, just like Steven was back in 2008 and probably still will now 10 years later, and into the future; the best thing for someone else to do is to sit with you, cry with you, and just be there. Which is what most of the faith community, and most of the world did for Steven and his family. They rallied around him, they didn’t ask questions, they just let him be. And when the 2009 album Beauty Will Rise released with most of the music sounding very similar, and the lyrics very emotional and the melodies quite sombre- because the content was inspired by Maria’s death; no one complained, no one lectured- they just let Steven be and heal from this ordeal.

Now, more than 10 years later, Steven’s relationship with Jesus is as strong as ever, and while no one can fully heal from a death as profound as that, we can now understand the purpose in the pain. The meaning behind Steven’s suffering. And it’s for us to realise how much we need Jesus in our lives. And how dead we all would be without Jesus, but how grateful we all should be because of Him. Though I know suffering isn’t of God, it is still used by Him, in order to show us how much we should rely on Him. After the album Beauty Will Rise, he released a collection of re-worked hits Re:Creation in 2011, a full length studio album The Glorious Unfolding in 2013 also inspired by Maria’s death, as well as a worship album in 2016 called Worship And Believe, an album that wasn’t inspired by Maria’s death, but was an album that by that time, Steven could have sung and recorded in spite of Maria’s death. Since 2016, Steven hasn’t released any new original material, aside from the singles “We Remember”, the 25th Anniversary edition of “The Great Adventure”- re-recorded with MercyMe frontman Bart Millard, “Remember To Remember” and “Together (We’ll Get Through This)” with Brad Paisley, Lauren Alaina and Tasha Cobbs Leonard. Now, here in 2022, as Steven has re-signed to Provident Label Group for a number more years and albums; Steven is back with his brand-new single “Still”, from his upcoming 2022 album. We reviewed the single “Still” here… and so; let’s briefly talk about our thoughts for Steven’s next single “Don’t Lost Heart”.

My new single “Don’t Lose Heart” is OUT NOW! I’m really excited to share this new song that I pray will be an anthem of hope and encouragement! There’s no way I’d be where I am on this journey without the people God has put around me who have cheered me on, encouraged me in the dark valleys and reminded me that I’m not alone. We desperately need each other on this journey, now more than ever, and I hope this song will be an anthem of hope and encouragement that we can sing to each other and help each other remember that God is with us and we are gonna make it home…together!

“Don’t Lose Heart” is again a stellar and near-flawless song from Steven. It won’t be my favourite song from him this year (because “Still” will always top the list for me!); however, “Don’t Lose Heart” comes very close. As Steven powerfully, majestically, and fervently encourages us to never ever lose heart and to always keep on trusting in God; we are presented with Steven’s most honest and vulnerable thoughts and musings, as he encourages us to ‘…don’t lose hope, don’t lose faith, just hold on tight, every promise God has made, you lose the fear in the light of grace, just lift your eyes to your Father’s face, hear the song He’s singing over you: ‘don’t lose heart, I won’t ever let you go, I’m right where you are, you’re safe in my arms’…’. A melody that is just as encouraging, healing and comforting as it is thought-provoking and confronting, Steven has undoubtedly created another masterpiece, and a song I will listen to many times over before the year ends.

Considering that we are still in the midst of COVID-19, Steven Curtis Chapman’s “Don’t Lose Heart”, like “Still”, is a perfect reminder that Jesus Christ is in control and that we can depend and rely on him immensely and at all times. “Don’t Lose Heart”, like “Still”, comforts, heals, and provides hope, and reminds us to not lose heart and to always keep our eyes fixed on Jesus. And as such, Steven has to be congratulated many times over. And now, there’s nothing more to say about this song other than… go listen to it and go buy it! You won’t regret it at all! Well done Steven for a sublime and near-flawless melody that will be timeless in the coming months and years! Oh… and “Still” is even more impressive! Shall we just say that SCC’s new album will be the album of the year?