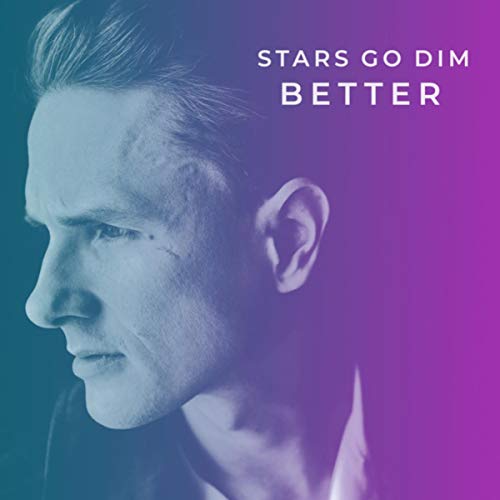 Since bursting on the scene way back in 2008, Stars Go Dim was in fact a side project of a couple of members of Pillar, and the band was borne out of that…now more than 10 years later, Stars Go Dim is much more than just a ‘side project’. This full time ministry, Stars Go Dim has in fact been under the radar for all these years, that is until a few years ago. Releasing Love Gone Mad and Between Here and Now back in 2008 and 2011 respectively, it was their signing to Word Entertainment at the beginning of 2015 that led to quite possibly one of the biggest label debuts of any new artist of that particular year. Their self titled debut album released in October 2015 digitally and January 2016 physically, that led to many sought-after radio singles like ‘You are Loved’, ‘Walking Like Giants’, their not-that-popular-yet-still-popular-in-Australia ‘Stars’ as well as their retake on hymn ‘Doxology’. The band’s self titled label debut is in fact one of my favourites of 2015, and one of the most cohesive and following albums of 2015, period. Fast forward to 2018, and we see lead singer Chris Cleveland delivering another project, this time an EP titled Better. While it is not known whether it is just Chris these days, or whether it’s the full band, Stars Go Dim nevertheless have always the knack to pull in the listener with a poignant melody and a heartfelt moment, and Better is no different. While the EP may be a little short, the poignant emphasis and heartfelt moments of reflection makes up for the relative shortness of the EP.

Standing at 6 songs, much of Stars Go Dim’s EP has been released throughout the year, with songs like ‘Heaven on Earth’, ‘I Look to You’, ‘You Know Me Better’ and ‘Pieces’ being released at strategic points throughout 2018. And here as a site, we have since reviewed each and every one of these songs (here for ‘Heaven on Earth’ and here for the other three songs). And thus, this review of the EP isn’t going to be that long, or even that travelogue-ish- because honestly, you can check out my reviews of the first 4 songs of this EP in the links I’ve just provided. And so, this review of Better will be a little different. All I’ll discuss in this review are the last two tracks (and then you can re-read my reviews of the first four). I guess it saves on re-hashing the same words that I’ve said about the first four tracks, here in this review. Still, what I will say is this- songs like ‘Heaven on Earth’ and ‘You Know Me Better’ are some of my favourites of 2018 thus far, the former being a song about surrender and unveiling our full selves and being transformed by Christ as we shine in our daily lives for Him, while ‘You Know Me Better’ is a melody that allows us to worship and declare that God knows us better than we often think, as the band offers declarations about ourselves that often we can overlook because of this busy crazy lifestyle we often lead. Both these songs (‘Heaven on Earth’, ‘You Know Me Better’) are standouts on Better, and remind me why it is still that Chris and Stars Go Dim is in fact one of the most underrated Christian CCM bands currently active today.

‘All Free’ is a pop Citizen Way-esque high energy 3 minute pop anthem as Chris and Stars Go Dim invite us to believe into the fact that are all free, each and every one of us. Not a select few, but all, that Christ died for everyone. We are free, and God is handing out that freedom, and it is up to us to believe and accept into that or not. While such a theme like this is heavy, it is wrapped up nicely in the form of a radio friendly pop song, and thus, ‘All Free’ does what it needs to do- be a catalyst for many as they hear the notion and truth that we are free when we come to Christ with all our worries and troubles at His feet. ‘I Believe’ rounds out the EP in great ballad fashion, and in fact, delivers some of the most heartfelt and emotive lyrics I’ve heard in any Stars Go Dim song…ever. As Chris himself sings out ‘…when the questions never have an answer, when a miracle’s the only option left, Jesus I know that You hear me praying, even here, it’s not over yet…’, I realise that such a song like this, is one to be sung in both the valleys and the high-tops, the despair moments and the praise ones too. A reminder that God is with us always, ‘I Believe’ is a great song to end such a well rounded EP, and one that doesn’t really have many bad points, except the fact that the EP is a little too short (and many of the songs on it have previously been released, thus making us feel less excited and anticipated for the EP in general!).

‘…#Better is simple. We all want our tomorrows to be better than our todays. These songs are a glimpse at the journey that I’ve been on to make that a reality for my family and I, and I hope that after you listen that you are a little better than you were before…’ So there you have it… Better EP by Stars Go Dim…or should I rather say, by Chris Cleveland of Stars Go Dim? Or just Chris Cleveland? Nevertheless, Chris has brought to the table heart and passion, as evidenced in much of these songs. While the EP itself isn’t as long as I hoped it would be, what is released nevertheless is full of hope and honesty, emotion and encouragement as Chris and co. (is it co. or just himself?) invite us to sing along to these anthems and prayers, as this EP challenges us to shine fully and devotedly towards Christ and His plans for us. While I may have wanted Better to be an album instead of an EP, these songs presented are nevertheless poignant and powerful, albeit a little underrated and maybe even underappreciated when comparing such an EP like this to various other releases recently. Well done Stars Go Dim for songs that remind us that this band still has much more to say. Can’t wait to the full length whenever it arises!

3 songs to listen to: I Believe, You Know Me Better, Heaven On Earth