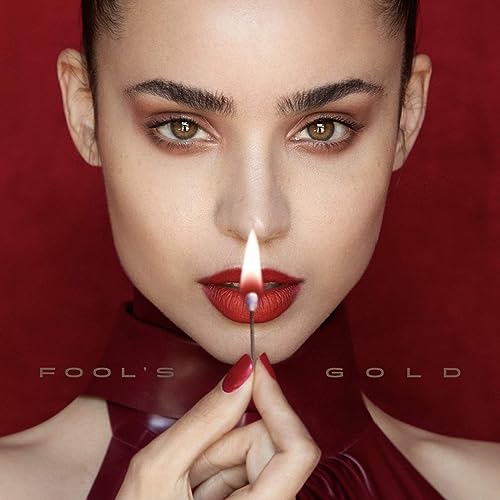 If there’s one thing that I know, it’s that 2020 has been the year for surprises. There’s no denying that at the start of the year last year, we all couldn’t have expected that we’d be in lockdown, quarantining, that most things like movies and music would have to be put on hold… yet here we are right now- still stuck at home for some of us. For me though, while the past year has been tough; one such surprise that I have been grateful for is my introduction to up-and-coming pop singer Sofia Carson– her impacting and hopeful constant release of singles, and her relatable and powerful roles in each of her films. A triple threat in her own right (singer, actor, dancer!), I first heard about Sofia probably about in October 2020, when the song “Guess I’m A Liar” released. I don’t know what I was doing one day, but going to youtube.com and having a look, resulting in YouTube recommending me her video for “Guess I’m A Liar” in my feed.

I paid no attention- simply because I was under the impression that Sofia was just another pop star; and then it was later a couple of weeks later that my paths crossed with her music yet again- my brother and I watched the entire 3 movies of The Descendants (you can read my review here!)… and guess what? Yep, it was Sofia’s performance in these movies (acting-wise and her singing ability!) that resonated with me and captivated my attention. After watching another one of Sofia’s movies (Feel The Beat) and then me consciously exploring her discography and her singles such as “Back To Beautiful”, “Love Is The Name”, “I Luv U”, “Miss U More Than U Know”, “Different World” and “Ins And Outs”; I found myself more and more inspired and encouraged by her music. Sofia is an artist that the world doesn’t know that well- simply because she hasn’t released a full-length album yet. But as God has put things in my place for me to be more familiar with her music, and for me to enjoy her music… so too will he draw Sofia’s music to others. The more I listened, the more I wanted to tell others about this young woman who is changing the world through her music, her movies and her sheer optimism and positivity. Hence my ‘review’ of sorts… of Sofia’s latest song “Fool’s Gold”.

If you want to know more about Sofia and her upbringing, then google is your friend, as well as Wikipedia, and my reviews of Feel The Beat and The Descendants. I also reviewed her songs “Guess I’m A Liar” and “Hold On To Me” here. And now that we’re all up to date on all things Sofia Carson, now here we are… with my ramblings- and now comes my ‘analysis’ of sorts of what “Fool’s Gold” is all about. With “Fool’s Gold” being short at only 2 and a half minutes, what the track lacks induration makes up for in message and delivery, as this danceable EDM tune has Sofia earnestly relaying and asking the question of whether her soon-to-be significant other is the real deal or ‘fool’s gold’- real or fake. With the music video being Sofia posing questions to a guy while showing off her car and also while walking through a burning fire; we are met with a song about identity and security in spite of a relationship or not. As we humans love to place attachment on our relationships and place our self-worth in them, Sofia eloquently reminds us that we need not step into a relationship if the timing isn’t right and if they aren’t the person for us.

Sofia Carson isn’t that well known in the music industry. But with “Fool’s Gold”, she will undoubtedly be in 2021. Sofia just released her new movie Songbird with KJ Apa in December last year, and she has also signed on to the movie Purple Hearts– she’s also slated to write and perform on the film’s soundtrack also. With a debut full length album presumably releasing in 2021- sky’s the limit for this inspirational and humble young woman who no doubt will be popular, but will also inspire us all to live the best lives that we can. So as we end the first quarter of 2021, what better way to end it than to listen to “Fool’s Gold”? What do you guys reckon? Well done Sofia, I can’t wait to hear what it next for you in 2021!