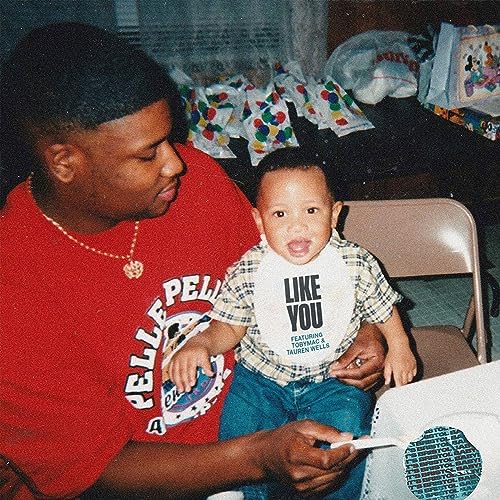 Signed to Gotee Records in 2017, Aaron Cole released his debut EP Virginia Boy in 2018 and his full-length debut album Not By Chance in 2019. With a fair few of Gotee’s roster (past and present!) having been ‘found’ by TobyMac (Finding Favour, Hollyn, Jamie-Grace, Ryan Stevenson), it was no different with Aaron Cole, a young singer/rapper and a songwriter that is literally out of this world. Personally, I don’t really listen much to rap and hip hop (aside from Lecrae and NF at times!), yet objectively I can say that Aaron Cole is lyrically brilliant at rapping, and the production on his songs are always top notch. He’s a guy that has a bright future in front of him, that’s for sure, and fans of TobyMac, as well as Group 1 Crew, Manic Drive and KB would love anything he has to offer.

I reviewed Virginia Boy in 2018, and while we as a site didn’t get around to reviewing Not By Chance, let me just say that I simply had to jot down my thoughts on the latest single. “LIKE YOU” is a collaboration between TobyMac and Tauren Wells, and with Aaron singing here instead of rapping. This is a bonafide pop song, and in fact quite a brilliant one. With Aaron, Toby and Tauren each singing together in harmony and beautifully relaying to us Jesus’ praises, and singing that ‘…If I’m gonna be more of anything,  I just be more like You, If I’m giving my all to anything, I’m giving my all to You…’; we are reminded of the devotion we should have for our Maker, Father, Saviour and friend. And as the trio sing a song of gratitude, so can we, and lift up the holy name of Jesus where there seems to be no name lifted.

So there you have it. “LIKE YOU”, Aaron’s latest single, which may be part of a bigger full-length album down the track. With Aaron Cole not being done yet in terms of recording songs (he has recorded many, many singles since he started music!); sky’s the limit for this relatively new Gotee Records’ artist. So what are you all waiting for? Even if you aren’t a fan of rap, you can check out the song (because it’s more of a reflective ballad than a rap song! You’ll definitely be blessed like I was, and I am sure that there will be at least one song in Aaron Cole’s discography that you will resonate with.