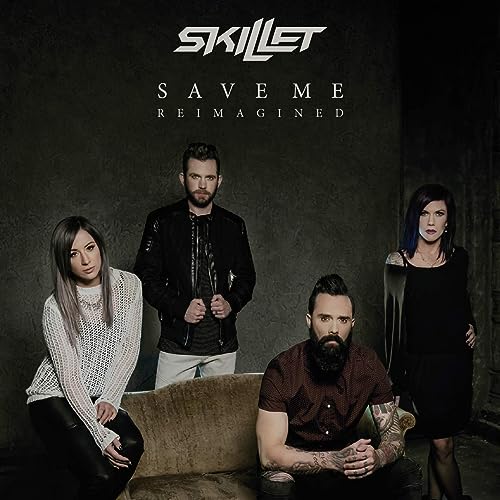 You know how sometimes in your life, there can be a catalyst for you to notice something about someone that is actually very cool, and maybe after that fact, you may gain more and more respect for that person? In 2019 around about August, a couple of famous celebrity Christians announced that they were leaving Christianity for various reasons. And one of the first responses from the Christian community came from one of the most unexpected and unlikely places. Mainstream rockers Skillet have always had one foot in the CCM and one foot in the mainstream market. But on this day, lead singer John Cooper firmly affirmed himself in the Christian faith, as he unashamedly addressed the ‘falling away’ of believers, and encouraged us all to know Jesus from the Word of God and to read the Word of God so that our faith cannot be shaken and our faith can be rooted in the words of Jesus which do not ever, ever change. Since that day, I’ve become more of a Panhead (Skillet fan) than ever before!

Probably one of the most influential crossover Christian bands ever (who have had a massive following and impact in the mainstream industry right now, after having had longtime success in Christian radio back in the day); rock band Skillet, comprising of lead singer John Cooper, bassist and keyboardist Korey Cooper (wife of John), guitarist Seth Morrison and drummer Jen Ledger; seem to be right now putting their feet in the right places, stepping into what God has called them to do, which is minister to both Christian and mainstream markets. Alongside other bands such as Switchfoot, Needtobreathe and Relient K, Skillet have this uncanny knack for creating hard hitting and poignant melodies thematically and lyrically relevant today, but doing so covertly, and not even mentioning the name of Jesus sometimes in a few tracks, so as not to scare off listeners and fans of different world views. Regardless of each of your opinions of a Christian band in the mainstream, and not fully praising God overtly in every single melody, you can’t deny the passion of these four men and women of God, as they go out into the world and deliver the gospel to everyone they meet.

As a site we’ve reviewed plenty of Skillet albums (you can read about all things Skillet here!), while Jon has posted a Momentous Mondays blog about them also. Yet as we’ve grown as fans of John, Korey, Jen and Seth; I can’t help but wonder. Wonder what Skillet would sound like if they stripped away all of their guitars and recorded something softer and mellower. Sure, these guys are good at what they do- shredding guitars in the metaphorical sense… but I personally reckon that Skillet is talented enough to release an acoustic album, and have listeners and critics still be touched, inspired and blessed. Well look no further everyone! Because the band’s latest single “Save Me”, has been given the ‘remix’ treatment, and has just been re-recorded as a piano prominent ‘acoustic’ style track. And before you say ‘well that just wrecks the song and zaps all of the fun out of it!’, just listen to the two tracks after each other and be amazed. Yes, they’re the same band. Yes, they’re that crazily talented!

With Skillet having delivered in their career thus far quite a variety of musical genres on a number of their albums, inclusive of the most recent Victorious, as well as covering a smorgasbord of relatable topics and issues; their stardom is only on the rise. Is an acoustic album coming? Maybe. But if not, let us all bask in the knowledge and the assertion that these guys are the real deal, and these guys are on a mission to make Jesus famous through their music! A fun-filled and introspective musical experience (and kudos to Korey for choreographing the musical layout of the track!) that personally gets more lyrically and thematically deeper with each and every time I listen; there’s probably not much more I could say to you to convince you to pick up a copy of this latest ‘new’ track, or Skillet’s latest album. So, what are you waiting for? I guarantee you won’t be disappointed!