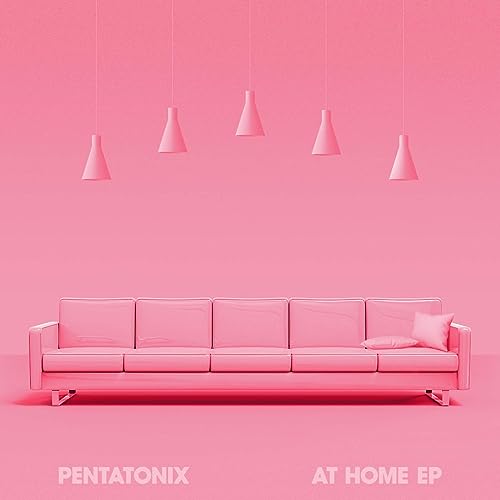 If you’ve been alive in the world for as long as I have, or even if you’re younger but you’re still listening to pop music nowadays; then this statement that I’m about to make is probably no secret to you- it’s more than likely common knowledge and it’s me stating the obvious. On the other hand, if you’re a hermit, a recluse, someone so dogmatic in their musical tastes (of which I was part of this category musically until not too long ago- maybe about a year or so ago!), then what I’m about to tell you will be from left field. And this opinion of mine (and it’s only an opinion, mind you- you don’t have to agree with me by any means!) is that pop group Pentatonix is one of todays’ most inspirational bands ever! And that’s a pretty bold statement but a statement I firmly believe in.

Comprising of Scott Hoying, Mitch Grassi, Kristin Maldonado, Kevin Olusola, and Matt Sallee (and previously Avi Kaplan), these five impressive and out-of-this-world vocalists are even more remarkable given that everything they’ve sung is entirely recorded using music made from their mouths. Yep, Pentatonix is an acapella group, who rose to fame and gained popularity through their appearance on The Sing-Off a while back- and yes every song they sing they do so with no instruments. Yep, you did hear me correctly. These guys sing acapella but they also beautifully sing in harmony and try to create the sounds of ‘drums’, in order to deliver the fullest experience of acapella songs to us. Of which each song of Pentatonix’s is crazily awesome, and cannot be praised enough! Winning the competition is no mean feat, and ever since then, these guys have been wowing us with their stellar covers of both iconic classics and modern pop songs. Original songs slotted in between the covers throughout the years- and while I won’t delve into the intricacies of how the band came to be (which I will leave for Jon to talk about in his Momentous Mondays post!), I will direct you to their Wikipedia page, and you can peruse at your own leisure about the band’s history! But given that the group dropped her latest EP At Home today- I thought I’d voice my opinions for a little bit… and reveal and expose you all to one of the most ingenious and creative bands currently.

It’s no secret that we’re all somewhat struggling right now at home during quarantine. We can’t see our friends or eat out for dinner or go to parties, concerts and other large events like sporting games. Most of our conversations can’t be face to face anymore, and we have to settle for Zoom or What’s App. We are in unprecedented and uncertain times. We are stuck at home during quarantine trying to beat COVID-19- and we aren’t even sure if this virus will be eradicated this year or not! We also aren’t sure if we are racists or not (at our core deep down if we really examine ourselves!); and all of that uncertainty and issues we’ve never had to face before… well I guess it’s reason enough for us to feel like our world is out of control. It’s a time where we can feel isolated and alone, like no one loves us anymore- and like we’re the only one going through hell on earth. And while most of our favourite TV shows are renewed, these shows unfortunately won’t be in production until late this year or even next year.

Music artists are delaying albums and are cancelling tours, while some of us workers in hospitality and retail have been stood down from work. White leaders are unintentionally making mistakes and being somewhat unfairly crucified for their actions in this time of ‘Black Lives Matter’; while the protests, rioting and looting are all still going on. Yet the release of music in some form is nonetheless a constant in these troubling times. Artists are becoming more and more creative these days- sure some are delaying projects, but others are releasing standalone digital singles, or a surprise album or an EP full of rarities. Whatever the case, I reckon as listeners we need music now more than ever to fill the void of emptiness and pain- thus artists are now becoming creative, and are thinking outside of the box in terms of releasing new material. And now here we are, as Pentatonix have given us a collection of 6 songs recorded entirely during quarantine. Sure there’s no ‘original’ track in these songs, however the arrangement of these popular melodies are so, so sublime and near-perfect… that I encourage you to listen to this project. Even if you’re like myself and don’t know the first thing about artists like The Weeknd, Dua Lipa, Billie Eilish (I know, that’s unforgiveable for some of you!) and Clean Bandit; these songs inspire, these songs encourage, and these songs remind you that you’re not alone in this universe. All of us with our problems have our issues that we deal with, but if Pentatonix can at least quell our worries for a little bit and create for us a few moments in this album where we believe that everything is ok with the world… well then I reckon At Home has fulfilled its job! The first track being a medley of all songs about home (including songs by Phillip Phillips, Michael Buble, and Daughtry to name a few!) and the last track being the iconic and anthemic “Dreams” by The Cranberries… makes this EP all the more impacting and enjoyable to listen to!

If you don’t know about Pentatonix, should you tackle At Home EP first or the 3 Christmas albums, or their 2015 self-titled debut of all original material, or their various covers all across Youtube, or their best of Christmas project? No matter which way you choose though; you’re going to be blessed, I guarantee it! And though these guys aren’t classified as a Christian band (and we’re not sure of the faith of any of the members!), I reckon it doesn’t matter- because we know that God can use anything and anyone to point glory to Him, so too can Pentatonix even if they do not know Him yet. So without further ado, I will end my ‘review’ by showing you guys the album playlist below. Listen, be amazed, and transfixed by the sheer fact that there’s no instruments. It’s definitely  crazy and surreal at how these guys can be a light in a dark, dark world- crazy in a good way. Pentatonix are a once-in-a-generation band, and they’re not done yet. It’s only just the beginning! So what are you waiting for? Let’s get into music again and let Pentatonix be the first to fully convince you of the power of the written, spoken and sung words! Well done Scott, Mitch, Matt, Kristin and Kevin- I can’t wait to hear what’s in store next!

3 songs to listen to: Home, Break My Heart, Dreams