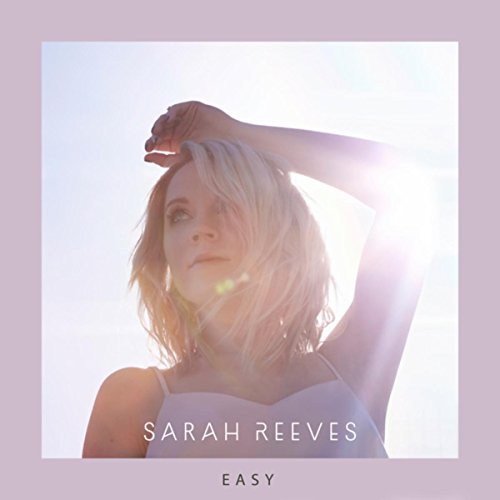 ‘…SURPRISE! If you thought my whole album was out…that was only half of it!! More songs coming! …[“Easy”] was one of the hardest ones to write because of the concept. It’s not easy asking to do or face something that’s not easy! But I always want to challenge myself to do something greater than me and to get a little uncomfortable. That is when the inner power that’s in me which is the strength of the Holy Spirit takes over my weakness and it becomes something way more beautiful than what I could’ve done on my own. I hope these words and melodies inspire you to step out and do something great. The hardest things in life always end up being the most rewarding…’ I guess we all thought, myself included, that Easy Never Needed You from Sarah Reeves that released back in April 2018 was an EP. Featuring songs like ‘Details’, ‘Nowhere’, ‘Something About You’ and both Sarah and Phillip’s marriage anthem ‘Faithful’, I was content for Sarah to only release an EP, because frankly, it eases her back into the music industry and releasing music after a long, well needed break away. Yet, this last Friday (1st June), we as listeners and fans of her music were in for a real treat- ‘Easy’, the title track off her album…which means, more music coming from Sarah! In fact, dare I say that Sarah Reeves has undergone a welcomed transition from a pop radio friendly artist in her Sparrow Records 2009-2011 days to now a worship EDM artist on Word Records (and it’s very much welcomed by myself and I’m sure many others!), one that I’m sure has meant a lot of growth, mentally, spiritually and emotionally for her as she journeys into a place where her music stretches not only the perceptions of worship music but of radio friendly worship music and what it should look like. With both Sarah and Phil Wickham this year expanding my own perceptions of worship and music in general, ‘Easy’ is a welcomed addition to my own Spotify and iTunes playlists- and the song is very much easy to listen to, with Sarah’s vocals reminding me of other similar sounding musicians like Kari Jobe, Meredith Andrews, even Sarah Groves and Nichole Nordeman!

‘…the greatest stories always come on the other side of hardship. The greatest rewards always follow risk takers. I don’t know about you, but I want to position myself in front of greatness. I want to step out of my comfort zone. I want to do things that I actually can’t do on my own because it’s then that the strength of the Holy Spirit takes over. He does something through us that is far greater than what we can do on our own. The giants of life become Goliath’s on the ground. The impossible becomes possible. Miracles become normal. We are human; but have access to a power that is limitless. So many of us never tap into that power because we are okay with safe and normality. It’s time to rock the boat a little bit. Get uncomfortable. Do something that requires a need for God’s strength to take over. I hope these lyrics and melodies inspire you…’ Recently I’ve let the artist speak for themselves when it comes to me writing a review; and giving the artist a voice about what they reckon the song is to them and what they want listeners to obtain from hearing such a track. And the ‘review’ of ‘Easy’ is no different. And I know in reviews gone past, I’d just write and write (and often I’d just write things that for me at the time didn’t really make much sense until later when I sat back down to read them and be really impacted by what I wrote!), I find that sometimes, less is more. That by writing less, I can let the song speak as it was originally intended.

And so I’ll just do that- ‘Easy’ is a song that communicates that sometimes, the easy option isn’t the option of choice for us, rather it is the option that speaks ‘I don’t need God’ when in fact we need Him daily and on a continual basis. The song itself is one of surrender, as we embark on a journey, one of need and of renewal, of letting God take over in every aspect of our lives, even if it isn’t as easy as we think it should be, even if there’s pain involved. It is when we realise that we can’t do life on our own, nor were we intended to in the first place. With the song produced by Robert Marvin, who also had has hand in other songs like ‘Ships in the Night’ (Mat Kearney), ‘Til the End of Time’ (Cody Carnes), ‘You Alone Can Rescue’ (Matt Redman) and ‘More Than Anything’ (Natalie Grant) to name a few; Sarah’s delivered to us a winner, and a song that’ll hopefully give us healing and comfort, a moment of realisation and revelation as we really truly understand that even though we ourselves may want an easy life, easy really means we don’t really want God, or that we believe we never really needed Him in the first place!

There you have it… ‘Easy’, off Sarah’s new album (not EP, but an album) Easy Never Needed You, track listing TBA and coming TBA 2018. I’m sure it features every song from Easy Never Needed You EP that dropped in April 2018…then again, maybe it won’t. Nevertheless, the title track is as powerful as ever, as Sarah invites us to partake in the moment of ponder and consideration, that an easy life isn’t necessarily a good one, and that often the most growth comes out of things that aren’t easy at all to undertake! Sarah’s music, especially this one, is as experimental and worshipful as they can get, and Sarah herself proves to us that experimental music and worship music can co-exist together in a harmonious way. Sarah Reeves is an artist that, still relatively up and coming even after quite some time, will hopefully receive the recognition she deserves after both this new song and her new EP that released not too long ago. Well done Sarah for ‘Easy’, can’t wait for the full-length album coming later on in 2018!