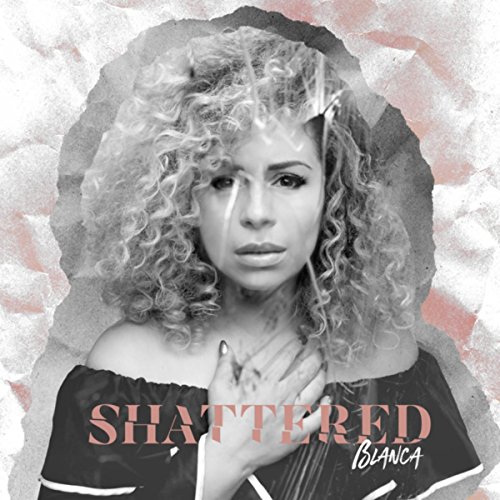 This new song from Blanca is quite possibly her most vulnerable…ever! Blanca, who was initially 1/3rd of Group 1 Crew until her departure in 2013 (and since then, Group 1 Crew released two more EP’s and a 2016 album titled Power before quietly disbanding in 2017 so that Manwell Reyes could pursue other interests), decided to make a solo career in the mid 2010s, and what has resulted is this- a full length self titled album that spawned the radio hits like ‘Who I Am’, ‘Not Backing Down’, ‘Greater is He’, ‘Different Drum’ and ‘Echo’, as well as an EP that released last year that consisted of powerful melody ‘Real Love’, a song that spoke of how love and a relationship with God ought to be over any religious habits we could be undertaking but not really knowing why. Now in 2018, Blanca unveils ‘Shattered’, a track that is inspired by her personal life, and showing to us that even in our broken states, what has been broken beyond repair can still be turned around for good, regardless of how far-gone we may think we are. A song that is perfect to reflect upon because of the global season we are in, this is perhaps the Blanca song to listen to, if you ever to hear only one song from her catalogue. Vulnerable and heartfelt, emotive and poignant, I’m sure it took guts to sing about the things shown in the song, as we’re given a track full of heart, as Blanca gives us an encouragement that ‘…if you shatter, every piece of you that’s on the floor, He can restore and after, You’ll be even stronger than before, He can restore what’s shattered…’

‘…loss is different for everybody, maybe you didn’t lose your mom, maybe it’s a child, or maybe it’s a job, maybe it’s just a place that you’re in that’s been very, very difficult for you. I think, through the song, I wanted it to show you that God can use everything that you have gone through. That’s the strength, is how he uses your story to then help other people, or He shows you this newfound strength you didn’t even know that you had…’ Taken as an excerpt from her behind the song video from her Youtube page, Blanca has delivered both vocally and emotionally on ‘Shattered’, a song that was recently inspired by her own mothers death due to cancer when she passed at the end of 2016. Her viral hit ‘Real Love’ was also inspired by her mothers passing and how she decided to have a love that is real rather than just ticking all the boxes that often people with a lot of religiousity can sometimes undertake. Nevertheless, ‘Shattered’ is vulnerable, real, hopeful, honest, raw, at times messy and offering a ‘cliché’ answer in that Jesus can mend your shattered heart (but regardless of it’s cliché nature, it’s true!), but still, ‘Shattered’ is a song written from the deepest places of this Puerto-Rican singer-songwriter. While it has never really been the same since her departure from Group 1 Crew, Blanca has nevertheless forged a name for herself in a solo manner, and ‘Shattered’ is certainly going to place her on the map if her previous songs haven’t already!

I’m not really going to talk much about the song at all- just let the words speak and let Blanca speak in this behind the scenes video below. And so this will be a short post/review, one that will ultimately be left up unto Blanca in her video, and you the listener as you hear what I reckon is one of the most emotional songs I’ve heard…maybe even ever. Then again, songs like ‘Through All of It’ and ‘I Can Only Imagine’ are just as emotional. Still, this is Blanca’s story, and ‘Shattered’, both the song and the story behind, tell it quite well. And we all know that this new song is also the title track off the new album slated to release later on during the year- so if this new upcoming album is anything like both her Real Love EP as well as ‘Shattered’, then this collection of new songs from Blanca can be her most vulnerable yet. Well done Blanca for such a bold and courageous track, can’t wait for the new songs to come later on during the year!