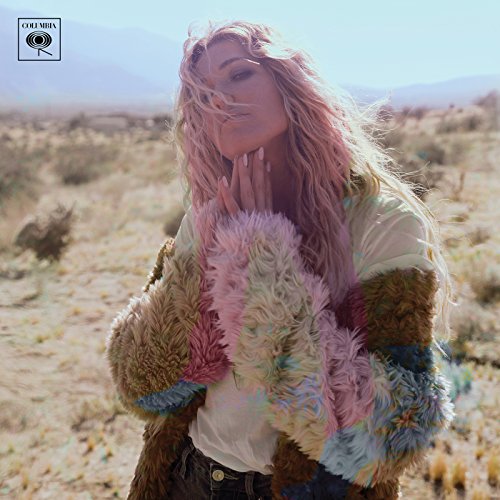 Everyone knows ‘Fight Song’. Even if you haven’t heard of Rachel Platten (the writer of said song) before, everyone would know the song, which, in my opinion, ought to be one of the most influential songs I’ve heard of throughout the last decade or so of music. I’m serious. Since hearing this song in 2015 (May I think, when it released), I have continued to listen to Rachel’s music. And while on the whole, 365 Days of Inspiring Media delves mostly into music of an inspirational/CCM nature, in early 2016, I took the plunge and reviewed Rachel’s debut album Wildfire (which contained ‘Fight Song’, ‘Stand By You’- another single, among others). The album was heartfelt, hopeful, honest, raw, at times encouraging and at others just full of pain and sorrow. It was an album that could relate to a variety of different people from various walks of life. And so even though Rachel came a little late to the party of the music industry and creating music overall (she has been making music and creating independently for 13 years prior to her 2016 Wildfire release), it is her sense of encouragement and hope through music that is taking the mainstream industry by storm. And sometimes, maybe God uses the different, the quirky, the things from left field, the moments that we don’t quite expect, to speak to us the most, about ourselves and Himself. And this is certainly true when it comes to Wildfire and Rachel’s music in general. Fast forward a year and 8 months (Rachel’s album released January 1st 2016), and we receive yet another taste of what is to come in ‘Broken Glass’.

‘…feeling suffocated by limitations, and striving to overcome them, is not just a struggle we face alone. We feel this collectively, too, and it’s bigger than any single one of us. So is our ability to connect, unite, work together, cheer each other on, and ultimately, break through. That’s what makes us so powerful and unshakable…“Broken Glass” is for all the people who are facing adversity and willing themselves to see the other side of it. It’s for the women who will not be silenced, who are changing the landscape of our country and world without fear. It’s for the young girls out there, dancing without a care in the world and embracing their truest, most authentic selves. We don’t just shatter ceilings. We dance on the broken glass. Here we go…’ ‘Broken Glass’ is an empowerment song if ever there was any. Sure it doesn’t say anything about Jesus or God or remind us all about the power that we have when we call upon Jesus and allow Him to move in areas of our life where He believes we need refining in, however, what ‘Broken Glass’ does remind us of is this- that knowing our limitations and being aware of what we can and can’t do, we can accomplish whatever is set upon our hearts to undertake during this life that we lead, regardless of whatever is said to us or even about us.

We will have obstacles and challenges, and ‘ceilings’ to break, knowing that they are just people’s expectations (or even our own) placed upon us, holding us back from what we were made to achieve. We all have gifts and talents, all have moments where we realise that whatever we have a passion for can change the world we live in, either by encouraging the next person in their own personal journey, or encourage ourselves as we face our own demons and challenge ourselves to become better than before. Ceilings will hopefully shatter as we realise that God is not a God of limitations, that nothing is impossible as we understand and know that whatever concept of life and our talents and our abilities that we have is only just a glimpse into what we know the Lord has in store, not just for our lives but for those we care about as well. Rachel also delves into the realm of Caribbean-style music, with eerie piano riffs and synths, as she declares through the song that she’s not waiting for permission to break through the stereotypes and the stigma surrounding achieving goals, but rather, she’s going to pursue such dreams herself, on her own terms. The song is a timely reminder to take action proactively about one’s own future, that if we leave things and wait for the ‘right’ time, we’d be waiting for the better part of our lives!

‘…this year, I’ve personally witnessed so many beautiful examples of people coming together. The electric energy of the Women’s March, with posters drawn in crayon by little girls, and hands held tightly by people of different generations, races, religions and backgrounds. International Women’s Day, with the red clothing that stood out against New York’s grey pavement like a raging fire, was equally inspiring. We are more powerful when we are on each other’s side, and that sense of coming together as a united force was the original inspiration behind my new song, “Broken Glass.”…’ What have I said about Rachel and her music that I haven’t said already? That she has delivered quite possibly some of the most real, raw and honest collection of songs (with Wildfire and now ‘Broken Glass’) I’ve heard compared to anyone else within the mainstream industry currently? That even though her songs don’t overtly scream ‘Jesus’ or ‘God’, that each song can be interpreted in various ways, and God can speak through them as much as He can speak through a worship song? Rachel’s heart to make music that makes listeners feel emotions and connects them together in hope, love and encouragement is evident in the music she makes. Here’s hoping Rachel continues to make uplifting and meaningful music in the future. Kudos to Rachel for delivering and encouraging track in ‘Broken Glass’ that encourages us to take action in our own lives and not live it passively day after day. Can’t wait til full-length album #3 whenever it releases.