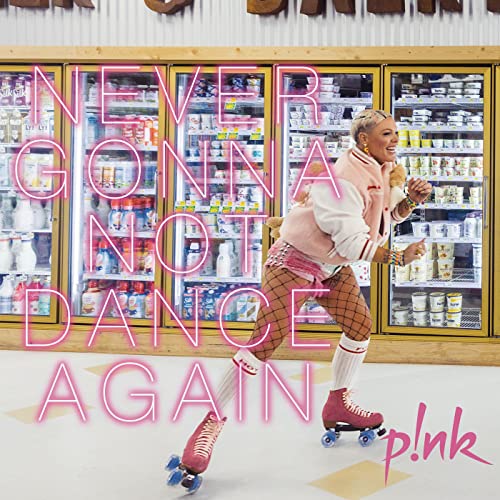 With the trend of pop stars being singers of lyrically simple party songs, Pink is a different breed of pop singer. She sings about what she is passionate about, she sings political songs, love songs, break up songs, party songs, introspective deep-thinking spiritual type of songs… Pink is all over the map in the best way possible, and I for one am glad I have blogged about her and I for one am glad I have listened to one of the most influential artists of this generation. A lot of people (I’m not saying all!), like to stay in their lane, not rock the boat and sing what they’re given by the songwriters. But Pink isn’t like the norm, and she challenges the status quo day and night. Is this reason for my assertion of her influence? Maybe, maybe. There have been many, many times in this blog series that I have mentioned that an artists is only as influential as how their life is portrayed outside of the spotlight. For Pink, her time away from the spotlight has been becoming a mother, working on her marriage, recording various guest recordings for other artists, and more and more songwriting. Pink’s legacy and icon status speaks for itself- and all of Pink’s songs are honest, emotional, real and authentic. There’s so many layers to her music- and I’d expect Pink to be recording for a long, long, long while yet.

A couple of years ago, I blogged about pop/rock singer/songwriter Pink, and her sustained influence in the music industry for around about the last 20 years and her impact she’s had on music for that time as well. I also surmised that she’s not done yet, and that there’s many more things coming our way that Pink has cooked and conjured up for us. Also last year, I reviewed Pink’s latest album All I Know So Far: Setlist (a greatest hits album), and though I haven’t seen nor never reviewed Pink’s documentary film All I Know So Far (which looks extremely vulnerable, personal and emotional), it’s still evident and apparent that All I Know So Far was the end of a chapter and the beginning of a new one. A live album, comprised of greatest hits, covers and all new studio recordings; 16 tracks isn’t enough to accurately cover 20 years of hits and fan favourites. But as perhaps this album was a companion piece to the documentary (and maybe should be listened to in conjunction with viewing the documentary!)- quite possibly the songs were chosen because these songs were important to Pink herself. Perhaps I’ll gain a whole lot more from the album if I watch the film first. Regardless, this album… I’d say it’s for the Pink die-hard fans, the ones who know her songs inside and out, and the ones who hang onto her every word as being the absolute truth. Though I’m not there yet (as an avid fan), I was in the unique position of having blogged about Pink a couple of weeks before I reviewed the project, having listened to her entire discography 3-4 times over within a short time span. And hence… I reviewed the album pretty highly. Fast forward to now… and Pink is back with a brand-new single. No it’s not the politically charged track “Irrelevant”. However, the poppy, celebratory, powerful and equally profound track “Never Gonna Not Dance Again” is extremely relevant for these times- and now that I’ve had time away from Pink’s music- the question was whether “Never Gonna Not Dance Again” was going to resonate with me at the same level as Pink’s discography when I heard it a while ago.

Simply put, “Never Gonna Not Dance Again”, a melody about dancing and about living each day with passion and with intentionality, is a melody that I’m sure all of us can and will relate to today and into the future. COVID-19 has now firmly been entrenched as a part of our life (even if we don’t’ want it to), and life is returning to normal, or as normal as can be. And though we all still have our doubts and questions and things we don’t fully understand, Pink’s new song encourages us to stay positive and optimistic during these hard times. Pink also relays that we shouldn’t let circujmstances and situations, whatever they may be, dictate our mood and the way we life. Never allowing the adversity that we face to dampen our spirits or dim the light that we want to show to others; this melody, though lyrically simplistic, is a much needed one to hear right now. Simply because it places the importance of being present in the small but beautiful moments of each and every day of this road called life. “Never Gonna Not Dance Again” declares that no one can ever bring us down and that our happiness isn’t dependent on the world and what society says should matter. And for this theme alone, Pink deserves to be listened to and this track, undoubtedly, has me anticipating the next full-length album, whenever that may be.

In my blog post about Pink, I started it by saying that mainstream music didn’t connect with me way back in 2018- now, let me say that I am a Pink fan and it’s because of her mostly that I am becoming more and more receptive to mainstream pop (with a message of course!). Sky’s the limit for Pink– perhaps it’s time to record a Christmas album, an acoustic album, or a covers album? Either one of them or all would be great! So, as we sit back and wait for Pink to release a brand new album, let’s dive in deeper into Pink’s discography, inclusive of “Never Gonna Not Dance Again”. For there is surely something we might’ve missed, and no doubt God will show me something completely different next time around. Or perhaps we will watch the film All I Know So Far? Well done Pink, for such an eclectic and vibrant career! I can’t wait to hear what God has in store for you next!