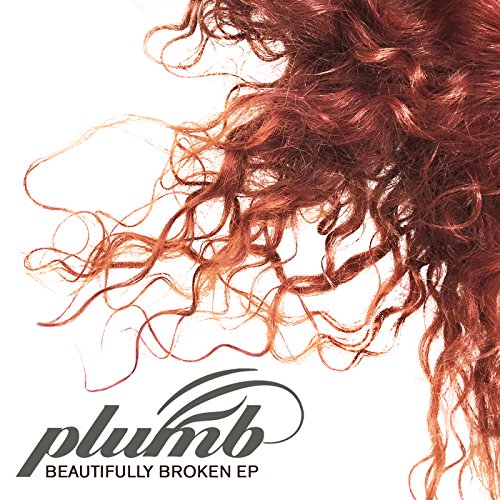 Tiffany Arbuckle Lee (aka Plumb) has had a remarkable and a long-lasting career so far…and she’s not finished yet! Releasing her album Need You Now in 2013 after a hiatus for the past few years, and also a deluxe edition of the same album in 2014, in 2015 Plumb unveiled her new worship project Exhale and last year released her new EP God Help Me. Establishing herself as one of Christian pop/rock’s most creative and passionate artists, and personally one of my favourite female artists; Plumb is showing no signs of slowing down, despite her time away from the stage. Already achieving what many artists would consider a dream, including many hit #1 songs (“Hang On”, “Cut”, “I Don’t Deserve You”, “In My Arms”, “God Shaped Hole”, “Stranded”, “One Drop”, “Need You Now”) and albums in the Christian, mainstream and the dance markets, a long time successful song-writing partnership with Matt Bronlewee, as well as plenty of airplay of songs in movies and TV (One Tree Hill, The Vampire Diaries, Bruce Almighty, Evan Almighty, The Nativity Story); Plumb’s accomplishments are nothing short of extraordinary and out of this world.

Recently this year though, Plumb switched labels, from Curb Records to Centricity Music, and is now back with an upcoming full length album Beautifully Broken (releasing in June this year). Until that time though, there’s another release we can listen to, to whet our appetites. Beautifully Broken EP contains 4 versions of Plumb’s hit single “Beautifully Broken” (original studio recording, plus 2 remixes and an alternate version featured in the upcoming film of the same name!), and though 4 versions could be a bit overkill, this EP is certainly one to check out, as we remember that we as humans are broken, but we as humans are saved because of Jesus.

With this new song “Beautifully Broken”, the writing is top notch- the theme is the fact that we can admit that we have faults and things in our lives where we have messed up, and then call on God to inspire us in our daily walk with Him, and to fix us in His timing. Admitting that we’re broken and in need of a Saviour is very freeing, with this piano pop melody being all the more relevant in today’s culture where we are told to believe that we need to have everything held together- we need to act perfect all the time, but this song is the antithesis of popular belief. That yes, perfection is something we can strive for, and also something that we can never fully reach. But rather what we should do, is call on Jesus to help us with our imperfections, and to love us despite everything we’ve done and yet to do. Inspiring is an understatement with “Beautifully Broken”, how about revolutionary and life-changing?

With three more versions being included on this short but impacting EP (2 remixes, which for me are quite run-of-the-mill yet nonetheless impactful, allowing me to see the song in a different light; as well as a more electric guitar focused alternate studio version of the song specifically recorded for the film Beautifully Broken); one thing I have learnt from these repetitive yet challenging and confronting 15-odd minutes, is that Plumb’s prowess as a songwriter and singer is one of the best in the industry right now! With such a smorgasbord and myriad of relevant topics explored and musical genres delved into throughout her career; you could do no wrong in checking out Plumb’s music, as there is something for everyone in her discography! As with “Beautifully Broken”, you are guaranteed to be changed, as we fully understand the concept of God loving us despite our brokenness. Until Plumb’s next album in June this year (her first on Centricity Music), we can enjoy all of her most recent material (which is as strong, if not moreso, as her earlier material!); and if “Beautifully Broken” is anything to go by, then we can be sure than Plumb will wow us in 2018, and also be present on WOW Hits 2019!