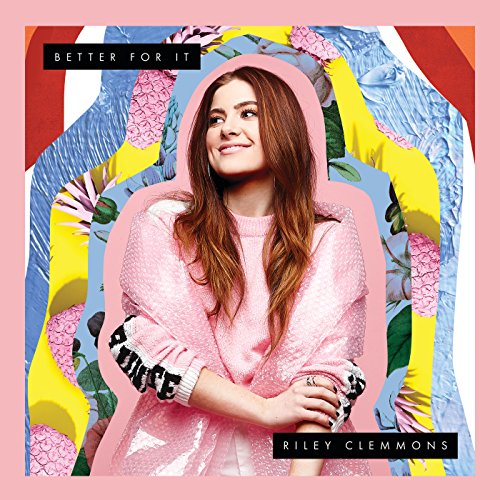 If you can pinpoint a new artist that has made the most impact in and amongst the Christian music circle within the last 6 months, you’d have to say Riley Clemmons. Sure there are new artists like Austin French, Mack Brock (though he was part of Elevation Worship for ages before he departed and is now a solo artist), the young escape, For All Seasons, Cory Asbury, Pat Barrett, Jasmine Murray, Aaron Cole and Alisa Turner to name a few; but I reckon it is Riley that has come to the fore and allowed a song like ‘Broken Prayers’ (which debuted late 2017) to take the world by storm. With over 12 million streams globally (on Spotify) as well as a highly publicised and popular music video of ‘Broken Prayers’, Riley basically became an overnight success, as she navigates the music scene while writing for her debut project to be released on Capitol CMG sometime in the future. With multiple multi-week top 5 reigns at the Hot AC Radio charts, ‘Broken Prayers’ became so popular in both Christian and mainstream music markets that the song itself was slotted into many Apple Music Playlists, inclusive of Future Hits, Pure Pop, Charm and Breaking Pop. Now we see Riley invite us into another new song again, this time titled ‘Better For It’, releasing on May 25th 2018.

With such a powerful and strong, successful and radio charting hit in ‘Broken Prayers’, it can be hard for the next single to live up to the first one, because frankly, you can’t beat your first breakout song right? Yes, I do think that whenever an artist releases their first song on the radio, it is something special. That is definitely the case with ‘Broken Prayers’, the song will always be special for at least the sentimental value. Yet a song like ‘Better for It’ is as equally powerful, maybe even more so, than ‘Broken Prayers’. I know, such a bold statement, yet when you hear this 3:16 track, I’m sure you would agree. Riley invites us to partake in a message of how we are ‘better for it’ when we are in difficulties and trials, because we know during such times, Christ comes alongside us, journeying with us during moments of uncertainty, as we rely on Him in such circumstances.

With the new music video of the song released and shot in a one-take (very ingenious and interesting), Riley’s passion and heart is far beyond her 18 years, as she relays that ‘…I count it all as joy even when I’m in the flame, cause I know you always gimme, gimme, gimme grace when I need it, hindsight 20/20, now I see that You let me be where I’ve been so I can be all that I am, You gimme, gimme, gimme faith to believe that when it hurts there’s a real good reason, You let me be where I’ve been so I can be all that I am, better for it…’, a message we all need to hear in this society, now more than ever. And so therefore, ‘Better For It’ can be as encouraging as it should be- as we who listen are reminded of how God uses the broken and difficult times in our lives to shape and refine us, to bring us to a place where all we rely on is Him for everything we need. It is when difficulties come that our egos and pride dies- not a moment before. ‘Better For It’ is as needed as it is confronting I’m sure to some people who hear the song. Still, Riley nevertheless invites us all, throughout all the electronic vocals that are employed in the song, to look at our own lives and figure out if we truly believe that we will be better for it if we still go through these trials, knowing full well that God our Father and friend is with us every step of the way!

‘…i wrote this song looking back on a time in my life when it seemed as though EVERYTHING was changing. it was difficult, full of ups & down, unexpected challenges … BUT, writing this song i was able to look back & see how much stronger all of it made me – how much bolder, braver, and more faithful it made me. being at a low point, made me start looking up. heart break, struggles, failures… sometimes you have to go through something to get somewhere. WHATEVER it is you’re in the middle of, do not give up on yourself. You’re gonna get through this & be Better For It…’ Riley Clemmons’ new song ‘Better For It’ is a powerful moment full of hope, heart and comfort as this song becomes a worthy follow-up to her smash hit ‘Broken Prayers’. Whether or not this new song of hers will become as popular is anyone’s guess, yet if Riley’s new music (be it an EP or an album) is anything like her new singles released, then we’re in for a real treat from this 18 year old who’s music writing and singing is far beyond her years. A new artist that I reckon could be nominated for a Dove Award for New Artist of the Year when the awards come this October; this is a must have for anyone who is a fan of similar Christian artists like Britt Nicole and Natalie Grant, or mainstream sensations like Rachel Platten or Tori Kelly!

One thought on “Riley Clemmons – Better For It (Single)”