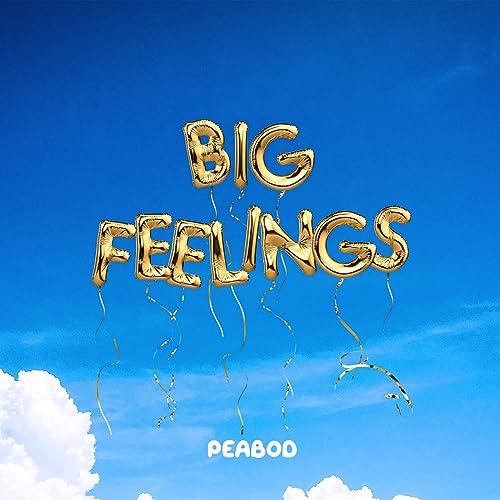 In February 2019, I undertook a major risk musically. I faced my ‘fear’ of rap music, and reviewed an entire album of the unique genre. Jonah by KJ-52 doesn’t really count when I reviewed that project back in 2017, as at the time, KJ was ‘singing’ or at least trying to, on a few tracks, so it wasn’t ‘pure rap’ if you know what I mean. So as I was listening to and reviewing rapper Peabod’s debut album Healthy Snacks– I gave the record an unexpected high review (which you can read here!), and hence I went off and check out both of Isaac’s new singles “Anti-Social” and “Left Out” as well. I concluded that these songs were crazy awesome and that Isaac is a pretty ingenious songwriter (don’t believe me? Check out both of the reviews I wrote about Peabod here and here!); and that Isaac is one of the best rappers in my opinion of this generation (and maybe destined to become the next KJ-52!). I was positive that he was due to release a new album in 2019 (which actually eventuated into Backpack EP and featured “Antisocial” and “Left Out”, plus “Side Hustle” (which I also reviewed) and “Hoodie”, a pop tune through and through, about the love for his girlfriend spurring him onto wear her favourite hoodie all the time!;- and you can read that review here!), but if you want more of your PEABOD fix, then never fear, cause “Big Feelings” dropped as a single a few weeks ago!

From the outside, it’s clear that the moody and somewhat darker “Big Feelings”, featuring Aklesso on guest vocals, eloquently reminds us that our personal struggles and our feelings of inadequacy are real, and that dealing with ‘big feelings’ can make us feel somewhat small and hopeless. However even with the darker tone here, PEABOD still brings the focus back to God. With the track (especially the music video) bringing the vibe to something like NF rather than KJ-52, let us remember that it is the God of the universe who helps us all the time, especially with our big feelings and our issues we find hard to deal with. Yes, yes, I know that PEABOD is being super vague here with the lyrics, but as we read his heart behind the song, let us anticipate future songs, as PEABOD will unveil more of his spiritual journey through these upcoming tracks!

I am so excited to share my new song BIG FEELINGS (featuring Aklesso) with you. I’m also thrilled to show you the music video for BIG FEELINGS, directed by my good friend (and one of the OG Roommates), Jake Cambell. You might notice that this song has a “little different vibe going on here.” In the last year or so, God has been working in my heart to bring some healing after a long season of bitterness. When I started writing again, I felt compelled to write about this journey that He’s taken me on. Because it has been WILD. To best tell that story though, I have to sing about the bitter moments; the moments that made me feel BIG FEELINGS. I’m guessing that at some point in 2020, you’ve probably felt some BIG FEELINGS as well. My hope is that this song would sound like freedom to feel those feelings, even if they’re heavy, and then to give them back to God. According to Ephesians 3:12, we know that because of Jesus, who was fully human but knew no sin, we can now “approach God with freedom and confidence.” Only He has the strength to come alongside us and carry our burdens. This is just one part of the story. There’s a lot more to come. But that’s for another time 🙂

So…after listening to Healthy Snacks, Backpack EP and now “Big Feelings”; do you reckon PEABOD has encouraged me to listen heavily to rap and review all of the other Christian rap albums this year? Nope…just Isaac’s music and ‘happier rap’ like Hollyn and Steven Malcolm. But the inescapable truth that PEABOD will be big this coming year or two still remains. So what are we all waiting for? Let’s dive in and be antisocial together so that we’re not left out together, while we do some side hustling on the side while wearing our favourite hoodie and carrying our favourite backpack. While we’re also being real with each other and talking about our big feelings. Well who are we kidding? We’ll probably just sit at home eating some healthy snacks too! Broccoli flavoured shepherd pie anyone? Chocolate coated fruit? What about a dairy free and gluten free chocolate cake?