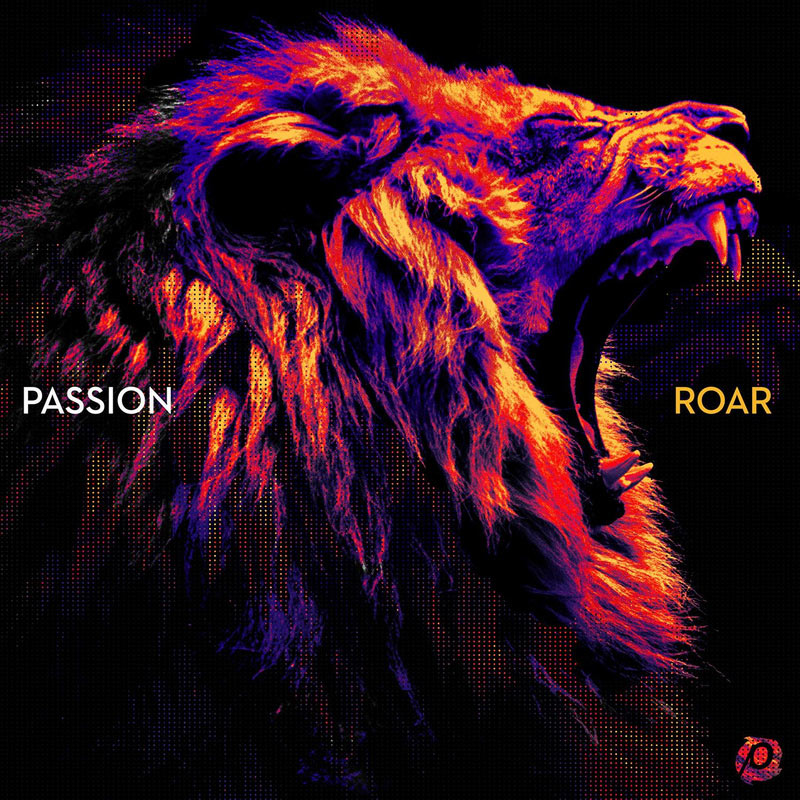 Another year, another Passion album. That’s probably one of the only things you can count on in life- death, taxes, as Passion albums every year. In the past though, Chris Tomlin, Matt Redman, Charlie Hall and Christy Nockels were a part of this massive global worship movement (and now they’re not for some unknown reason!), and now the group is helmed by Kristian Stanfill, Brett Younker, Sean Curran (formerly of Bellarive) and Melodie Malone, with special guest appearances from Crowder). Yet their mission has always remained the same. While you can read about all things Passion in all of the articles here; let me give you all a quick refresher of what the group is all about- and mind you this is quoted verbatim from my Whole Heart review from 2 years ago…simply because I’ve conveyed my thoughts most cohesively there, and there’s no reason to repeat myself. Well, here goes!

In 2018, Whole Heart released- and though I say this every year, I truly believed that Passion’s album from 2018 was as good as any they’ve ever recorded, with songs like “God You’re So Good”, “Ever Almighty”, “Almighty God”, “Hallelujah Our God Reigns”, “Ghost” and “All My Hope” all being some of my favourite Passion songs I’ve heard in a very long time (although nothing can really top the album Worthy Of Your Name). And while Follow You Anywhere released in January last year (as opposed to March!) and overall wasn’t as compelling nor engaging as previous Passion albums; what does this mean for Roar, which just released a month and a bit ago- standing at a mere 12 tracks? Though Passion could conceivably go on and on and on, and release countless albums to the point where each one afterwards sounds the same as the one before it; there has to be some unique features present in each release to keep all of us still interested. And the undoubted answer after numerous listens is that while musically there’s nothing much here that is different from previous Passion albums (I am certainly having Passion fatigue at the moment! Maybe I’m longing for the Passion of old, with Chris Tomlin, Matt Redman and Christy Nockels!), it’s the passion (no pun intended!) of each of the worship leaders of Kristian, Brett, Sean and Melodie, that still keep us excited and intrigued- and hopefully more so as the years progress. There may come a point where I am completely bored with Passion, but Roar has enough of its moments for me to keep me interested and quietly confident of the band’s future!

A glance down the track list confirms my suspicions, that Kristian Stanfill once again helms this new and improved version of the band, with 3 songs (out of the 10) led by him, as well as tracks 11 and 12 (which are indeed different live versions of 2 of the songs from Passion 2020, presumable recorded live prior to Passion 2020!). “There’s Nothing That Our God Can’t Do”, the album opener and Roar’s first single, sounds like the title could’ve come from a line from a Hillsong or Planetshakers song back in the day (maybe it is- and after this review I will go investigate to humour my own curiosity!), and is an upbeat, impacting, jovial and celebratory anthem, whereby Kristian earnestly relays to us that Jesus can do anything that He wants in our lives. He is that powerful and He is that strong- that He indeed command the wind and the waves, and they will undoubtedly answer to Him; and what the album opener does is that it sets the tone for the rest of the album, with the theme of Roar being about the power and might of God and that we serve a God who is strong enough to defeat anything that stands in His way! What a comforting notion indeed! While Kristian also leads the uplifting and poignant mid tempo tune of “King Of Glory”, which emphatically relays to us that we shouldn’t lose heart nor give up in times of trouble and tribulation- as ‘…there is a king of glory, here is a God who saves, One who is strong and mighty, freedom is in His name, so, open the gates of heaven, lift up a shout of praise, there is a lion roaring, Jesus the king of glory…’, and Kristian also contributes vocally to the global smash hit “Way Maker”- a stirring 7 minute collaboration with Kari Jobe and Cody Carnes, and a worthy rendition of Sinach’s impressive worship anthem (which has been covered several times already by Michael W. Smith, Leeland and Mandisa to name a few!). There’s nothing much more that I can say about “Way Maker” which hasn’t already been said by Jon (in his reviews for Way Maker from Mandisa and Michael W. Smith), so you all can read those, and then be amazed by how Passion is able to transform this already impressive global phenomenon into something that is new and fresh. And while I myself am scratching my head as to why Passion has included more ‘live’ versions of “King Of Glory” and “There’s Nothing That Our God Can’t Do” at the end of this tracklist; there’s still no denying the passion that Kristian brings to the annual conference event- in my mind ensuring that Passion will keep going and keep going strong for the foreseeable future!

“Raise A Hallelujah”, originally written by Jonathan and Melissa Helser, as well as Molly Skaggs (CCM legend Ricky Skaggs’ daughter!) for Bethel Music, is recorded by Brett Younker and Melodie Malone here, and in my opinion is a thoroughly more enjoyable version, as the duo gracefully relay to us that they’re going to praise God in the midst of the storm simply because He is God and that Jesus has defeated the grave; while Crowder fervently sings out his current radio single in “I’m Leaning On You”- the gospel or at least gospel infused track with a hymn like structure is repetitive in the chorus, but nonetheless inspiring, particularly with the powerful and soothing guest vocals of newcomer Chidima, which makes this track all the more enjoyable (even though I am perplexed as to why Riley wasn’t at Passion that night when the album was recorded).

A surprise inclusion on Roar was Hillsong UNITED with their current single “Good Grace” from People, as Joel Houston ardently relays to us that Jesus is madly in love with each of us, and that even if we think we’re unlovable or unsavable based on what we have done; this isn’t the case…simply because God is good. We aren’t deserving nor worthy of love and forgiveness, but God lavishes His love on us anyway- and that’s pretty cool and surreal. As we are reminded and encouraged in the impressive chorus to ‘…don’t let your heart be troubled, hold your head up high, don’t fear no evil, fix your eyes on this one truth, God is madly in love with you…’, we are given assurance of God’s immense love for each one of us, and the undeniable truth that we are given grace beyond all we could ever imagine, thus reason for us to celebrate. Another impressive offering on Roar is the simple yet effective slow tempo reflective and contemplative ballad “Praise Him”, led by Melodie Malone, and written by Brett, Kristian, Hank Bentley and Leslie Jordan, as Melodie emphatically relays to us that we can indeed praise Jesus because of who He is; while Melodie also leads the Easter themed “It Is Finished”, a track already previously on Follow You Anywhere, as the song details the notion of us being born again because of the cross and the resurrection. In this version though, Melodie adds a spontaneous free worship part in “Surrounded”- and that certainly added to the enjoyment of probably one of my favourite Passion songs of recent memory.

Yet it is Sean Curran’s two songs here that stand tall and high above the rest- the two songs of “All Praise” and “No One But You” alone make Roar worthy of buying or at least streaming on your favourite digital platform! “No One But You”, a cover from Hillsong Worship’s Awake, is brilliantly performed by Sean, and feels like a Bellarive original track- that’s how captivating, compelling and powerful Sean’s exquisite version is, as he majestically and hauntingly conveys to us that no one but Jesus can accomplish even the hardest task by man. And that statement alone that underpins the theme of this song, is so true, and reason enough to declare this song with passion, and to believe in God with a fervent hunger and thirst! While “All Praise”, previously present on Sean’s debut solo project Bigger Than I Thought EP, is in my opinion Sean’s crowning achievement thus far, as he has undoubtedly created a flawless masterpiece- a work of art and an unbridled moment in time of raw emotion and devotion to our Lord and Saviour; and as Sean unequivocally relays to us the ever-true notion of praising God because of who He is and fixing our eyes upon Him instead of on our circumstances. Poignant and very much needed especially at this time when everything around us is uncertain while we are here at home during COVID-19; “All Praise” caps off a stellar album that has reignited my love for Passion– even if I hope that Chris Tomlin will be involved in albums in the future!

After the relative underwhelming nature of Follow You Anywhere, Roar is a great step in the right direction- as I am once again reminded that Passion’s heart is still the same- to bring glory to God in whatever setting they’re in, and to spread the gospel in whatever way they can. In that sense, I am sure that I will love this album more and more just like albums previous, as I am reminded that this is a movement that does what works for them, and will continue to give God the glory for however long God continues to put the calling on Louie and Shelly Giglio (after all, Passion is Louie’s brain-child and what God called and is still calling for him to do and be a part of!). It isn’t known what will happen with Passion in the long-term (given that the COVID-19 virus has swept the globe and shows no signs of slowing down!), however now’s not the time to have philosophical questions. Now’s the time to sit back and listen to the lyrical and musical and vocal prowess of the Passion team- and sing along with Crowder, Melodie, Sean, Brett and Kristian. Need any more reasons to allow God to roar like a lion over our lives with favour and providence?

3 songs to listen to: All Praise, Way Maker, No One But You