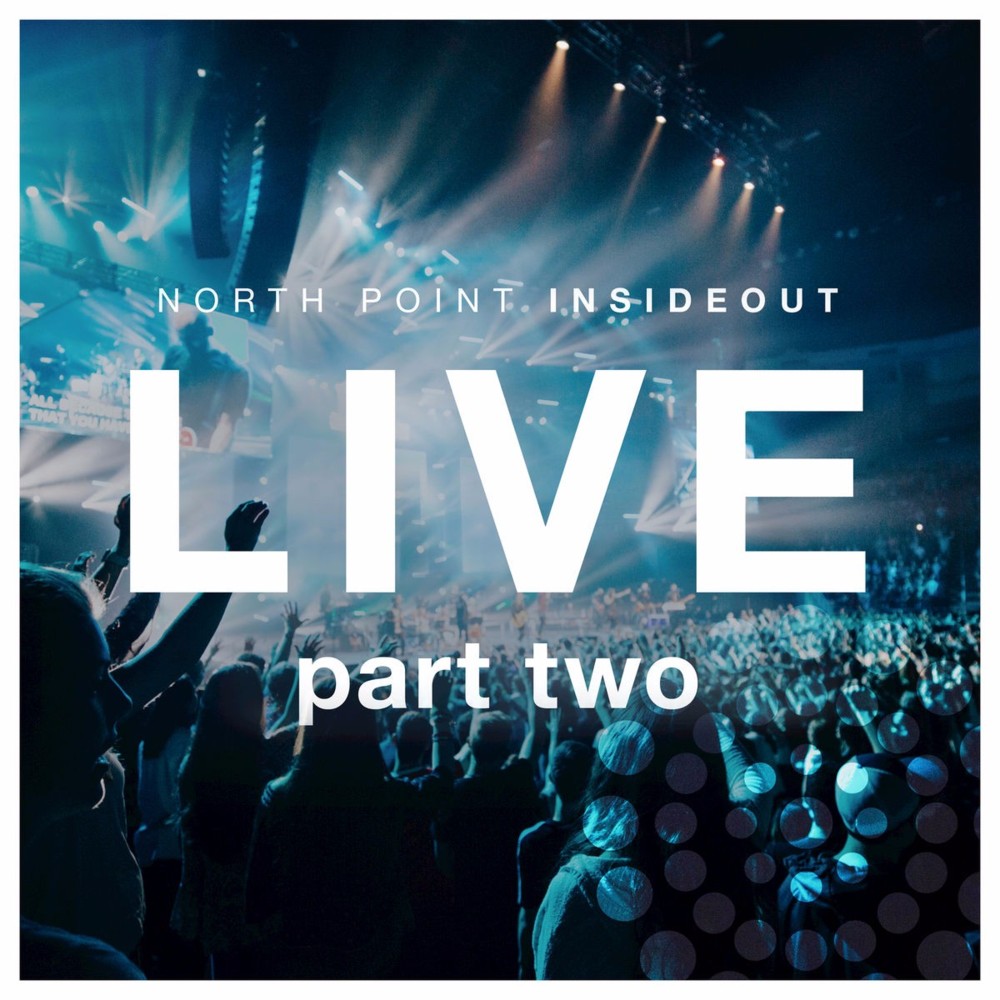 Over the years, music worship movements come and go. It’s an inescapable fact that always stay constant- the notion that new bands come in and old ones leave. And in any given year though, the number of worship albums is plenty, and an example is this year of 2017 alone. Kari Jobe, Alisa Turner, Corey Voss, Brian and Jenn Johnson, Stephen Christian, Anthony Evans, Vertical Worship, Bethany Barnard, Passion, Darlene Zschech, Chris Sayburn, Laura Story, Kristene DiMarco, Aaron Shust, Out Of The Dust, Planetshakers, Greg Sykes, Jaci Velasquez, Selah, Kim Walker-Smith, Iron Bell Music, The City Harmonic, Hillsong UNITED… this list goes on! Though some of these worship albums are possibly a tad cliché, others are unique and brilliantly recorded and produced.

Enter in North Point InsideOut, the youth worship team from NorthPoint Community Church, based in Georgia. Recently signing to Centricity Music, and unveiling their debut studio project Nothing Ordinary earlier this year, as well as their first live project on Centricity Music (Nothing Ordinary Pt 1 (Live) EP); the team led by Seth Condrey are capitalising on their already unprecedented success by dropping their 2nd live EP a few weeks ago. Nothing Ordinary Pt 2 (Live) EP contains 5 tracks very accessible to the church, and are worth more than just a passing listen. While only standing at 5 tracks long (lasting around 20 minutes), this emphatic and vibrant worship experience could be seen as another conglomerate of songs thrown on the ‘worship fire’…but don’t dismiss this album too quickly- some songs may indeed surprise and grow on you (especially Brett Stanfill’s honest and emotional “Enough For Me”, which could be recorded by Passion, and his brother Kristian in the near future)! In fact, this project is probably one of my favourite worship EP’s all year!

Speaking of familiar songs, “Enough For Me” is co-written with Seth Mosley and ex-lead singer of Sanctus Real, Matt Hammitt; as Brett Stanfill fervently delivers in a near flawless Kristian Stanfill-like voice, his interpretation of a quasi-modern day hymn that I reckon will come to fruition and ‘modern hymn-status’ just like “Death was Arrested”. Thematically similar in the way that it continues along with the Easter theme that we can never be reminded enough of in our lives, “Enough for Me” is certain to be another ‘classic’ in the making, maybe destined to be sung in various churches around the world, hopefully by year’s end- and it’s also evident has Brett passionately reiterates to us ‘…hallelujah, no one greater, hallelujah what a Saviour, oh, You gave Yourself, broken on that tree, Your sacrifice, is enough for me…’. “Every Beat” is the last ‘well-known’ melody, as Seth Condrey vibrantly shouts out amongst heavy electronics and synth that ‘…my heart beats, only for Your glory, my hands reach, up for You to hold me, my soul sings, “Father You are holy”, my feet dance, to Your rhythm, to Your rhythm, oh, every beat is calling, every beat is calling out Your name…’, and as an EP opener, is a joyous celebratory ball of energy, complete with drum kicks and a heavy guitar presence, as we hear Matt Hammitt, Steve Fee and Phil Wickham, write along with Seth Mosley and Seth Condrey, this gem of a track, that is truly a standout worship song of mine in 2017.

The rest of the EP provides us with moments of pause and reflection as well as intense worshipful moments that can only be described as Holy Spirit anointed. One of these such moments is “Written” by Heath Balltzglier, as we are ushered into an unbridled moment of unreserved surrender to our Father who loves us immensely and endlessly, with Heath unashamedly conveying to us that we are forgiven for everything we have done, are doing, and are yet to do- a mind boggling concept, but a notion that we need to fully grasp and understand in order to live a life with no regrets, and fully glorifying to God. “Heaven Is Here” is a soft, contemplative, piano prominent vocally stellar duet between Emily Harrison and Seth Condrey, each singing beautifully in harmony, reiterating that heaven and the kingdom of God is right now present on earth because of He who is in us that is greater than the world; however this song didn’t resonate with me that much (although it may with other listeners!). While the final song on the EP is “Giants (Nothing’s Impossible)”, a CCM radio friendly guitar led melody, sung by Clay Finnes and (who eerily sounds like Kyle Fredricks, it’s not funny!), and a great way to end a short but impacting EP, as Clay unequivocally cries out that with Jesus, nothing is impossible. Thematically similar to “Nothing Is Impossible” by Planetshakers, this is a theme that cannot be sung often enough, as we fully come to terms with being able to do anything with Jesus with us and by our side. Well done North Point InsideOut for an eclectic batch of new songs, that have me eagerly anticipating the band’s debut full length studio album!

At first glance, Nothing Ordinary Pt 2 (Live) EP may seem like a somewhat ‘rehash’ of the band’s studio album from earlier this year, and maybe on the surface a hasty and not that thought out decision. However, Nothing Ordinary Pt 2 (Live) EP is filled with God-inspired moments, led by many worshippers that will be prominent and in the spotlight in the many years to come (each of Emily Harrison, Brett Stanfill, and Seth Condrey will have long lasting musical careers, either as part of North Point InsideOut or as solo artists- I can at least guarantee that!). On a day where Cody Carnes unveils his debut solo album, as well as a live project from Thousand Foot Krutch, and a brand new EP from Holly Starr; this movement of church worshippers will probably not reach many sales in their first week. However I reckon that these worship leaders care not about sales, but rather reaching listeners with the love of Jesus, as this is definitely one of the underrated albums release on that day, and in this month. Hopefully as time progresses, North Point InsideOut receives the recognition that the church and its ministry deserve! Well done guys for a thoroughly enjoyable EP; and God bless your ministry in the future.

3 songs to listen to: Every Beat, Written, Enough For Me