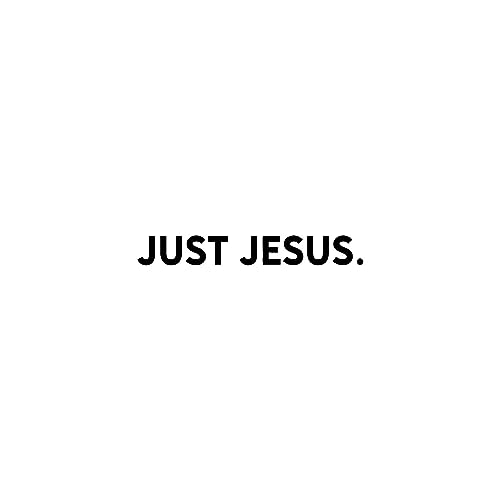 If you guys haven’t heard about the ever-reliable veteran CCM band Newsong by now, then I won’t write any more paragraphs on a ‘long-ish intro’ like the previous reviews. I’ve written plenty of reviews of their material (5 reviews of singles from 2018, as well as reviews of their 2016 Christmas album and of their 2015 live worship anthem- all of which you can view here!); so before you dive in and read about how the band’s latest album Just Jesus has resonated in my own life (their first studio album since 2013’s Swallow The Ocean!), you can first skim through the intros on the previous reviews. Ok, so have you all done that? Good! Now that you’re up to date with the band and how they’ve created countless albums, are still hosting Winter Jam every year, and seem to have no plans of slowing down, even though they’re all in their late 50’s/early 60’s; it’s time to see how their latest full length album fares to other hit CCM songs and albums in 2020.

First things first, we all have heard quite a lot of these songs already. 7 of the 11 to be precise! Songs like “Already Loved”, “Bright”, “Down”, “Glue”, “Shine”, “Look Up” and “I Am A Christian” are all present on this independently produced and released album- and while it’s a good thing that these songs are all in one place, the excitement of a new NewSong album has indeed dwindled, knowing that it’s not all ‘new’! Other than that- because the individual songs are great!- the remainder 4 songs more than make up for the lack of vitality and freshness! While you all can read about my reviews of the 7 songs that were already released, let me briefly touch upon the other 4 for a bit. The title track is a real winner here, with the radio friendly ballad led by both Matt Butler and Russ Lee, essentially reiterating that there’s no other in this world than Jesus, that ‘…in a world of endless doubts, I’m confident…there is no other, just Jesus…’. The refreshing rap by Ty Brasel lifts this already brilliant song to greater heights as well! With Russ leading “Story”, an earnest and poignant reflection and admission that it is only Jesus who writes our story and is in control of our own lives, and both Matt and Russ trading vocals on the testimony like “Sunday”, as we are reminded that living the Christian life goes beyond what happens on church on Sunday; the album ends on a live version of the smash hit “Arise My Love”, a great song for nostalgia and big, big NewSong fans (which I am yet to be one!).

While 2013’s Swallow The Ocean may not have been the most lyrically creative or musically challenging album out, and 2015’s Faithful is in another category all together (praise and worship category!), with the worship anthems present being some of my favourite worship songs of 2015; plenty of songs from Just Jesus, especially “I Am A Christian”, is Newsong at their brilliant best- it’s great to hear Matt, Russ and Billy sing songs and reinvent themselves over the years, and evolving their style to stay relevant, yet also never wavering in their faith and their heavily Bible based lyrics. “Down”, “Bright”, “Glue”, and “Already Loved” remind us all that Newsong have done us proud and that they still can be considered a force to be reckoned with! Along with these familiar tracks though, the title track “Just Jesus” stands the tallest and has me excited to hear what is next from Newsong. So while we wait for a brand new full length album, or EP, or whatever God is laying on their heart to do next (while this was a new album, it doesn’t really count as such, seeing that Just Jesus released how Sarah Reeves released Easy Never Needed You!); let us relax and be immersed in Newsong’s music- and if you haven’t heard of them, then now’s the perfect time to start! Well done guys, and I can’t wait to hear your next new song! (see what I did there!)

3 songs to listen to: I Am A Christian, Already Loved, Just Jesus