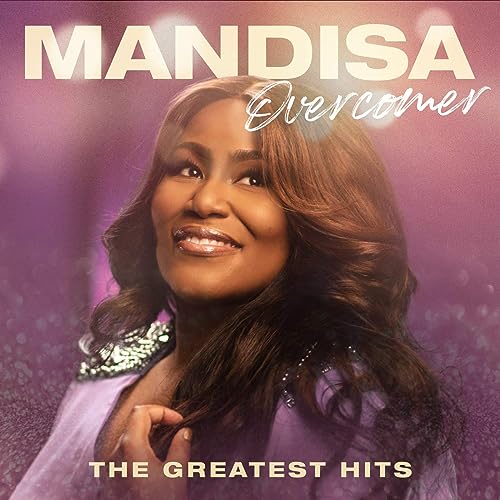 One of my favourite artists of late is Mandisa. Since her latest single “Way Maker” released at the beginning of this year, I’ve consciously listened to her music on my Spotify and iTunes time and time again, just so that I can become encouraged and inspired as I live the life that Jesus has set out for me. Always uplifting and always building us up, Mandisa has that uncanny knack of making life all the more brighter and sunnier, just by praising Jesus and giving God the glory. Although things weren’t always this optimistic and rosy- no not by a long stretch. Because before Mandisa released her 5th studio album Out Of The Dark in 2017, there was a period of 3 years straight where we never heard a single thing on social media about her. It’s funny how we as a listener place unseen pressure on an artist to constantly release albums and/or new songs whenever we are tired of the latest song we are hearing right now. It’s human nature, but sadly we consume more and more and more, until we suddenly are bored, and then we move on. In the case of Mandisa, who fell back into radio silence soon after 2013’s Overcomer, and hence didn’t release any new material after 2 or 3 or more years, the rumours had to have started up. I’m not sure what they were but maybe something like this- ‘Oh, such and such quit, is retired, has fallen away from Jesus, has moved on to something else, is sick, has died… any other reason, take your pick. But we have seen and heard time and time again the faithfulness of God and the power of prayer and dedication through the comebacks of many artists whom we originally thought had released their best album many years prior to their comeback album.

Mandisa was on American Idol a while ago, and she recorded plenty of inspirational and successful hits and singles- inclusive of thought-provoking melodies “Overcomer”, “Back To You” and “Press On” all from 2013’s Overcomer. Yet depression is real and Mandisa found herself in this thick of it from 2014 onwards. Yet God is a God of redemption, which is why He has helped Mandisa regain her love for music and then some more; as I personally reckon Out Of The Dark is one of the most inspiring and challenging Mandisa albums I’ve ever heard. Thus as “Way Maker” released last month, the wheels in my head started turning. Is Mandisa releasing another studio album? Well…she may this year or next year- but now’s the time to look back and celebrate God’s goodness with also one eye firmly on the future; as Overcomer: The Greatest Hits released a couple of weeks ago.

As with any greatest hits projects, there are bound to be some choices that are spot on, some others that are included that aren’t deserving, and even more that were more deserving but weren’t included. That’s the nature of radio and the music business in general- with most of the time the label deciding which songs are deemed ‘worthy enough’ to be placed on a greatest hits project. On a tracklist of 15, one would think equal opportunity to all of this hits spread out across the artist’s whole career, right? Sometimes that’s right on the money, however I reckon it all comes down to marketability and what angle the artist wants to go for. In the case of Jeremy Camp’s new greatest hits project I Still Belive, since Capitol CMG released the project, obviously a great substantial number of songs had to be from I Will Follow, The Answer and The Story’s Not Over. That’s just the way it is. Listeners may not like it, but this model of creating greatest hits albums works somewhat. Now for Mandisa’s greatest hits album, there is not change in label midway through her career. Therefore the track list looks to be fairly reasonable with no major songs left out. True Beauty (“Only The World”, “God Speaking”, “Voice Of A Savior”, the Mary Mary cover “Shackles”), Freedom (“He Is With You”, “My Deliverer”), What If We Were Real (“Stronger”, “Good Morning”) and Overcomer (“Overcomer”, “Press On”, “Joy Unspeakable”) were all well represented; while the latest album Out Of The Dark spawned the singles “Unfinished”, “Bleed The Same” and “Good News” which were all included on this greatest hits project. All in all, this release seems to hit all the right notes and keys- and is a must for any true Mandisa fan or anyone who’s not a fan yet but wants to know which album to start off at. Although songs like “Back To You”, “I’m Still Here”, “Out Of The Dark”, “These Days”, “Waiting For Tomorrow”, “How Much”, and “Not Guilty” were all not present on this otherwise well rounded compilation project; that’s not enough to deter me from liking and supporting this release, as I anxiously wait to hear what Mandisa has in store for us in 2020 and beyond!

With Mandisa’s latest album (standard edition of 15 tracks and deluxe edition of a whopping 18 tracks!) Out Of The Dark still occupying my iTunes playlist all these years later; I reckon that Out Of The Dark will be one of my favourite albums from Mandisa, ever! But if you haven’t heard of Mandisa until this review, then I encourage you to listen to Out Of The Dark as well as the greatest hits project. Seriously, there isn’t anything else I can say! Well done Mandisa for releasing yet another thought-provoking, confronting and equally comforting album, that is sure to be a hit with listeners and critics alike! I can’t wait for what comes next!

4 songs to listen to: Way Maker, Bleed The Same, Stronger, He Is With You, Overcomer

One thought on “Mandisa – Overcomer: The Greatest Hits”