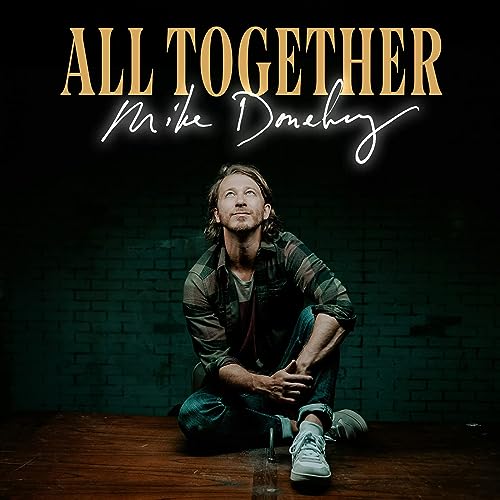 Tenth Avenue North has officially disbanded. Yes, you heard me right. It was in this year of 2020, where the band decided to part ways with each other, and shortly after the release of their successful 2019 album No Shame, Mike Donehey and co. decided to hang up the boots, after a successful career under Provident Label Group and ushering into existence 6 studio albums of goodness and heart; of poignancy and emotion, reminding us of the sheer grace of God and His mercy through these melodies we have been given throughout the years. The band have pressed the envelope and stretched the boundaries of what it means to be honest and vulnerable. Sadly, the CCM industry is like any other- one that, just like the mainstream industry, is plagued with a lack of honesty that should really be present. A stigma is attached to the word ‘honesty’ and ‘vulnerability’ in music, and thus, a band like Tenth Avenue North, who in their music, has challenged all those assumptions, is well deserving of having a career in music as they have had, all these years; a career that has brought something new, interesting, heartfelt, challenging, and transformational, to the discussion of what music means for people today. Sure, Tenth Avenue North aren’t popular by ‘mainstream music’ means. But the band itself has never really cared about that- carving out a career more focused on songs being used as vehicles of honesty as we traverse this sometimes chaotic and difficult life, rather than songs just being a way to escape it. Now years upon years after their debut album Over and Underneath; the band have since parted ways, and the only two remaining members, lead singer Mike Donehey and guitarist Jeff Owen, unveiled to us, an acoustic album featuring 10 songs of their best and most highly requested, as a swansong of sorts before both these men move onto other opportunities, either in the realms of music or elsewhere. I reviewed the acoustic best-of album here, which featured standout songs like ‘Control’, ‘I Have This  Hope’, ‘You are More’, and more recently their radio hit ‘Greater Than All My Regrets’. Now at the turn of 2021, Mike Donehey unveiled to us his first solo material since the band split-up in the form of 2 EP’s- Work of Art and A Father and Two Sons. Now a few months on from that, Mike has signed a record deal with Fair Trade Services, and with that, has released his ‘debut’ label-backed song as a solo artist- ‘All Together’.

‘All Together’ is a tad over 3 minutes, but the lyrics and message to this song is anything but ‘short’. For what has been packed into this 3 minute on-the-surface pop-diddy is something to be behold of, as Mike continues to prove to the fact that he’s one of the most undervalued and vulnerable songwriters out there, in both CCM and mainstream. The song is about not having things all together, and not trying to be the ‘perfect’ church, but rather, to be the hands and feet of Jesus, to welcome people who are different from yourself, into the Fathers house, where grace flows abundantly from our Heavenly Father; to people who desperately need grace in their lives, even if they don’t know it…yet. As Mike himself unveils about the story behind the song, we see that ‘…there is something sacred that happens when addicts get together in a recovery circle. They know they will be met with 100% acceptance, therefore can be totally vulnerable. ‘All Together’ encourages people not only to take that first step towards vulnerability but also to participate in radical acceptance of those who do. Many of us can’t imagine confession being a beautiful thing because when we’ve tried it, we’ve been met with shame or hatred. James 5:16 says, therefore confess your sins to each other and pray for each other so that you may be healed. 1 John says that if we confess our sins to Him, He forgives us, but confess to each other to be healed. What if we prepared ourselves so that when someone comes to us with a confession, we don’t interrogate them? What if instead we meet them with grace, be a safe shelter and set each other free as part of each other’s healing?…’ And it is in this quote above that I’ve seen how ‘All Together’ can be a song of hope and healing as Mike continues to power through post-TAN to become a solo artist whose music is still needed in a CCM society that unfortunately doesn’t seem to tackle a lot of the difficult things that Tenth Avenue North the band (and Mike the solo artist) have been discussing for years upon end. So it is in this light, that I’ve thoroughly enjoyed this song, as I’m reminded of how much Mike’s music- both with his 2 EP’s and now this song, as well as this time with Tenth Avenue North, has impacted my own spiritual life this past 10 years or so. Well done Mike for such a powerful song- if Mike’s forthcoming album is anything like ‘All Together’, then Mike’s new album ought to be one of the most anticipated album releases of 2021! Well done Mike for ‘All Together’. Looking forward to the new album, TBA 2021.