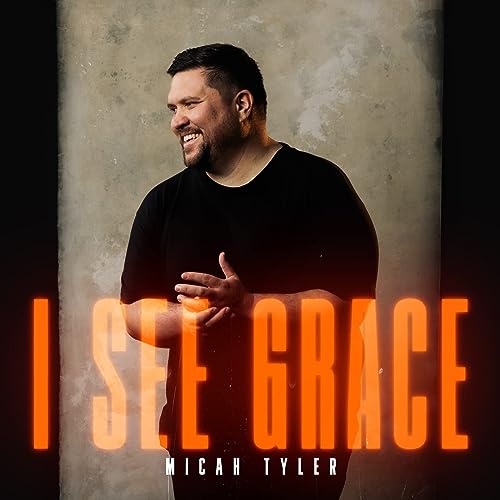 I have never been much of a fan of Micah Tyler. The guys who’s known for “Never Been a Moment”, the guy who sounds similar to Bart from MercyMe, the guy who was signed to Fair Trade Services a while ago. I haven’t reviewed anything original from Micah throughout this whole duration of our site (aside from the Christmas single “Feels Like Joy”… and is that saying something about the quality of Micah’s music or about my musical preferences? Maybe both? Now don’t get me wrong- you can read Jon’s reviews of both of Micah’s albums (Different and New Today) and read about how these songs have resonated for Jon… but let me tell you that Micah Tyler’s songs, save for a few, haven’t resonated with me much at all. It’s a bit of a shame as I know Micah is an incredible vocalist with a bright future. Perhaps I’m always comparing him to Bart Millard from MercyMe? Should I even do that, and should I let Micah be his own person?

A couple of weeks ago, Micah unveiled his brand-new original single “I See Grace”. And the question posed to me was this- should I dismiss the song because I previously hadn’t connected with many Micah Tyler songs, or should I give the song a try? After all, last time when I tried out “Feels Like Joy”, I found that song completely forgettable, and I actually wished I didn’t review that song and that I instead acted like Scrooge or The Grinch instead. And so… I gave Micah probably the last chance I’ll ever give him. And here is the honest truth. I have now listened to the song “I See Grace” a number of times. And my verdict is this. That considering it’s a lead-in single, well, then comparing “I See Grace” to “Never Been A Moment” and “Amen” … it’s just on par with those. And that’s not that great, not by any means. With this melody being a tad over 3 minutes (the perfect length for K-Love radio), Micah sings about being overwhelmed and amazed by God’s grace and being grateful and thankful for being saved by Jesus. It’s a simplistic song with no doubting or wrestling; and it’s tailormade for the masses who love melodies and lyrics that make them feel good. But though “I See Grace” is solid as a whole because of the presence of many string instruments, as well as Micah’s ever reliable and always dependable voice; this melody is still… ok. It doesn’t wow me. But… what do you expect from CCM these days? Others might resonate with this song, but that’s not me at the moment.

I’m sure I’ll find Micah Tyler singing something resonating to me in the near future. But “I See Grace” isn’t that song. Micah’s music has been hit and miss throughout his whole career in my opinion- but if you’re a Micah Tyler fan, then “I See Grace” will be right up your alley. But for the rest of us who want to hear something more inspirational and hopeful, may I suggest songs from MercyMe (“Then Christ Came”), Matt Maher (“Leaning”), Steven Curtis Chapman (“Still”) and Katy Nichole (“In Jesus’ Name”)? I’m positive you’ll be blessed and inspired immensely by those other tracks over Micah’s new song!