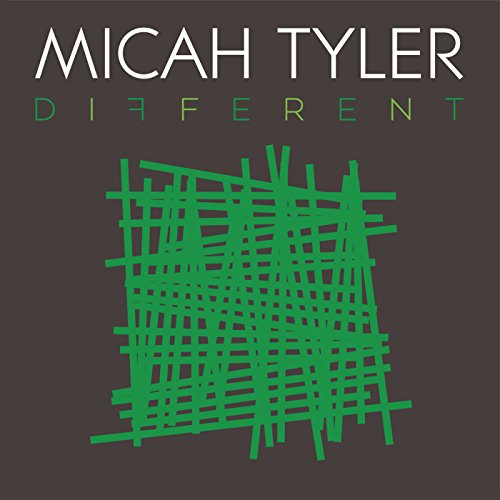 Previously called INO Records, Fair Trade Services over the years has been a label that as housed many popular bands and solo artists. From previous artists on the roster like 33 Miles, Todd Agnew, Addison Road, Mark Harris, Fee, Heather Williams, VOTA and Darlene Zschech, to current artists on the roster like Newsboys, Phil Wickham, Hawk Nelson, MercyMe, The Afters, John Tibbs, Laura Story and Citizen Way; Micah Tyler is one of the latest artists to be involved in what I reckon is one of CCM’s most unique labels, ever. No stranger to music, Micah has been a full-time musician- starting in music at 2011, and self-teaching himself guitar during his 20s while serving as a student pastor at his church, we fast forward a decade to see him release his first label album titled Different. On the heels of his successful 6 song EP also titled Different that released last year, we see Micah unveil a similar yet different project again, with 6 (7 if you include the acoustic version of ‘Different’ at the end of the album) songs present on this album that were also on his EP released in November 2016.

Micah has nevertheless found fame even prior to his album and EP release, with his popular youtube video titled ‘Millennials’ garnering praise as this touch-in-cheek song that reminds us all, of where we are as a generation of people who somewhat find ourselves removed from faith for one reason or another.

In fact, it is this video that, while it can seem a little different as Micah pokes fun at ‘millennials’ and how they live their everyday lives; will catapult Micah’s career into new heights both now and into the future. Enter in his new album, Different. Even though much of his album I’ve heard before (for one whole year…), these songs nevertheless present to us an artist desperate to deliver moments of hope and encouragement. In a way, Micah’s style akin to that of artists like Bebo Norman, Shawn McDonald, Shane and Shane or Matthew West, and this is what I reckon will, alongside the viral video, make Micah’s career shine as his heart for telling his own story and that of Christ is heavily evident within these 12 tracks!

“Never Been a Moment” was the first radio single from Micah’s EP, and while this song is a year old once we hear the full length Different album, the song nevertheless is a reminder to all of us that even during the moments where we may feel like God is far away from our circumstances, He isn’t. As CCM and pop as you’d get with any song fit and primed for radio airplay, Micah tells us all a story of how ‘…I’ve been a sinner, I’ve been a saint, a little bit of both every single day, I’ve been lost but somehow I’ve been found…but when I look back from where I’m standing now, there’s never been a moment I was not held inside Your arms…’; as we are brought into the theme of God standing by us, often during the most difficult times where we may not see Him in action. And while the song sadly didn’t make the cut on WOW Hits 2018 (though I definitely thought it would be a shoe-in considering the amount of airplay the track received!), the song still is deserving of the recognition it has been receiving this last year and a bit. “Never Been A Moment” is a testimonial song, and a reminder that in every moment and season, Christ is there.

Other songs like ‘Different’, ‘Directions’, ‘The Story I Tell’, ‘Last’ and ‘Even Then’ that were present on his EP are also included on his full-length album, and while I myself may have wanted a little less overlap and more new songs on an album that is, in essence, half old, half new, these songs nonetheless are impacting and encouraging, even if I have heard them before. As Micah imparts to us, of how ‘…I try very hard to make a habit out of guarding my heart from ‘tomorrow.’ When I first started my life as a musician I had to be careful not to get wrapped up in trying to “make it.” I had to put to death the pursuit of lifting my name or my music above my calling. I’ve learned if I spend my days dreaming and pursuing the stages and platforms that I could reach “one day,” then I’m missing on the opportunities to be faithful today…’, we see the song “Directions” being born from this idea- that we need God’s direction in our life constantly, and that whatever we chase that is not of God is going to be a wasteful one. Originally on the God’s Not Dead 2 Soundtrack, “Directions” is as poignant as it is encouraging, with Micah enveloping us all into this theme of changing direction in our lives, but only under the help, guidance and counsel of God Himself during such times. ‘Different’, the title track, is a brand-new re-recording, and thus, the official first single from the album (there is also an acoustic rendition of the track to bookend the album, that is equally as impactful as the original version!). The song reminds us all that it is ok to be different, and often, the Lord calls us to be set apart and unique compared to whatever the crowd is into, that God often calls upon the unique, different, interesting, strange, quirky and peculiar to further His kingdom. We are challenged not only through this track but through the album in general to live like Christ did- to be different and embrace what we have, to offer the world something that will allow us to excel more in His grace and mercy, as we embrace the differences we all have instead of using that as a hinder to stop sharing God’s love to those surrounding us.

The acoustically driven hand-clap littered “Even Then” allows us to dwell upon the fact that God is with us in the circumstances that are great, poor, uncertain and often than not, hurtful and hopeless, as God is a God of ‘even then’, while the emotional “Last” is such a song that Micah wrote with a lot of feeling and passion attached to it. With the song borne from a moment a year ago when one of the Godliest men Micah knew unexpectedly went to be with Jesus; “Last” is a song that touches upon death- and how we all ought to live each moment as if it is our last. The last ‘overlap’ song is “The Story I Tell”, a re-recording of his song from his 2013 album. A track that lends to us a way of unveiling biblical stories to listeners in a way of telling us often the forgotten stories of many people in the bible that may have been overlooked for one reason or another, we are reminded through this track that every story is worth telling, no matter how insignificant we believe our stories to be. Even in the bible, there were some men and women who indeed thought their stories weren’t worth telling, yet God still used them, the people who were different, as vessels of His love.

The remaining 5 songs are equally as poignant and heartfelt as the rest of Micah’s album, and while I myself feel gravitated to the songs I’ve already known and heard before, these new tracks from Micah can nevertheless still stir the soul. ‘Soul Song’ invites us all to partake in this acoustically driven track about how we all need a song to sing, and not just any kind of song with no meaning, but rather a song that speaks to the very heart of what it means to be a human in this difficult world we are in- a ‘soul song’ as the track suggests. ‘If She Only Knew’ invites us to delve into a story about how a girl (not sure if it is based off Micah’s experience or if it is of someone he knew) who is doubting and unsure about the love of the Father towards her, and as the song progresses, we see the truth, that God indeed does love her, and his heart breaks every time she is in pain. That while often at times He doesn’t allow the bad things to happen to her, He does use them in her life for growth and maturity, both in a physical sense and a spiritual one as well. ‘If She Only Knew’ is for anyone who is struggling with acceptance of being loved, as we are encouraged through this track that God loves us, because that is who He is!

‘Beautiful’ continues this theme of championing the worth of people who often believe that they have no worth, as Micah reminds us all that we are all beautiful and precious in the sight of the Lord. Not as rousing as other anthems on the album, this subdued melody nevertheless uses the strength of the lyrical content to bring listeners in to hear the song, and that at times, it is the songs that are at first glance ‘laid back’ that seem to hit hard in our cores the most! The last remaining two originally written songs on the album are ‘Recover’ and ‘Comeback Song’, songs that haven’t really impacted me as much as other tracks (but still could impact others), as these two songs are very much similar in theme to ‘My Recovery’ from Unspoken, and ‘The Comeback’ from Danny Gokey. The former from Micah gives us a message that we can’t recover from the love of God, while the latter is for all the doubters and haters, for all the people who didn’t think we all could rise out of adversity.

A reminder that God can indeed use our stories even if we believe He can’t, and that it is often the different, the weird, the unique, the flawed, that can impact and encourage our culture the most, we have been given an impactful and emotive album, one that though it has some flaws, will nevertheless be on my iTunes playlist in months to come. And while Micah may not be a household name…yet; his music is still worth a listen- at least once. With such passion and enthusiasm, this 30-something father of three is undertaking a career that it different and scary, let alone unpredictable. Yet as many of Micah’s songs remind us, it is the people who dive deep and pursue the wacky that God will use in ways we may not understand. A great way to end of a great year of music, Micah’s music ought not to be missed if you are a fan of pop, acoustic, CCM, and anyone who loves artists like Shawn McDonald, Shane and Shane, or MercyMe!