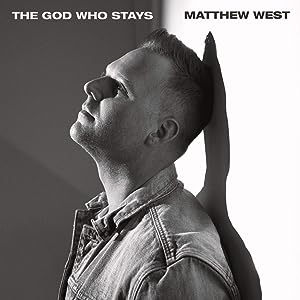 Matthew West, dare I say it, is perhaps the closest there is to a modern day version of Steven Curtis Chapman. That’s my opinion- others may disagree, and that’s fine. But for me, ever since Matthew has undertaken what I reckon is one of the most selfless acts in CCM- writing music not based on your own experience but based upon others- fans to be exact; I’ve had much more admiration and respect for what he’s doing, something that I reckon the CCM community of music should decide to invest in moving forward- writing songs, not just on the experiences of the writer (that can happen too), but rather, place their own feelings and what they could think, in someone else’s head for a moment, and write from their point of view. For if that were to happen, there’d me much more humility, and less rash judgements- and where I see the most judgements from is yes, the CCM community. So for Matthew to write not for himself but for others is refreshing to see. He’s built most of his career- 2010 onward, on this structure, and as he’s entering his new season on Provident Label Group, his new song ‘The God Who Stays’ is as relatable than ever before. Whether he’s singing about himself or a person he knows, the song itself is very much heartfelt, and for me, rivalling Tenth Avenue North’s ‘Greater than All My Regrets’, and real fast, as my favourite song of 2019 thus far!

Partnering with his own imprint label, Story House Collective, Provident Label Group released both Matthew’s song and music video for it on the same day- the last Friday in July 2019. A song that is as vulnerable as they come, we are reminded that even if everyone else walks away from our circumstances we are in, God never does- He still stays. We may not change what is going to happen, or He may not heal a broken ___, whatever the reason; but He does stay with us, and walks with us through whatever we’re facing. Just because God doesn’t fix the problem doesn’t mean He doesn’t love us- He just may know more about the whole big picture than we know at the moment, and maybe, just maybe, what we’re going through, no matter how dark it may be, will allow us to have a greater more humble spirit at the end of it all. We may become more resilient, care about people more, rely more on God for things, and just be a better person, because of hardship. Sure God does take things away and does heal people. But even if He doesn’t, He is still worthy of our praise and affection. Though the problem may stay that doesn’t mean He has gone- He’s right there, we maybe are just too focused on the here and now to see it!

‘…I am so excited to have a new season of new music ushered in by the first single ‘The God Who Stays’. It started as an honest, late night conversation with God. I was sitting at the piano in my house playing and singing quietly because my family was all asleep in nearby rooms. Even now that the song has come out of the studio with powerful production and all the bells and whistles, when I listen to it I hear that late night conversation at the piano and remember how God whispered this reminder to me that He’s in it for the long haul. He’s not fed up and He’s not giving up on me. When the whole world walks away, He’s the God who stays. Many times we can get discouraged in thinking that perhaps God might get fed up with our imperfect lives and leave us, too. I wrote this song in the hopes that it might be a line by line reminder that no matter who’s walked out on you in your life, no matter who has left you, there is one who never will. The Bible reminds us over and over again that He is not a god who walks away. He’s the God who pursues. He’s not a god who gives up. He’s the God who persists. He’s not a god who changes His mind. He’s the God who has made up His mind about how much He loves us. He is not a god who leaves. He is the God who stays…’ And it is with this quote that I leave this ‘review’, and remind us all to keep pursuing after the Lord, and to not be afraid to ask the questions of God that that people in general are afraid to ask. God can handle them. He stays and loves us regardless. Let that sink in, as we hear a song that will hopefully transform us into the people that rely on God and believe steadfastly that He always does things for a purpose higher than ours. Well done Matthew for such a powerful and emotional song, can’t wait to the forthcoming album, whenever than may be!