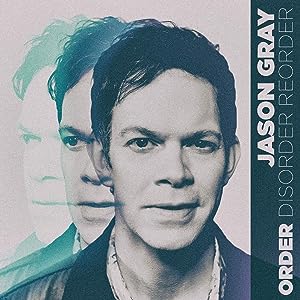 Jason Gray, quite possibly one of Christian music’s most honest and heartfelt singer/songwriters, has had quite a journey, personal and musical, to get to the point he is in today. From being a stutterer (and still currently) to changing his last name from ‘Gay’ to ‘Gray’ in order to kick-start his music career; it has been his lyrical poignancy in quite possibly all of his songs to date that makes Jason possess an ability like no other, to write songs that are able to unveil his own vulnerabilities without any attack or stigma, while all the while weaving into the songs a grace that reminds us all that amidst the guilt, shame, pain and hurt, God is still there. Songs like ‘Nothing Is Wasted’, ‘More Like Falling in Love’, ‘I Am New’ and ‘Remind Me Who I Am’ show us the comfort we need, that God redeems us continuously each day from the circumstances and events we are in. His latest EP, The Kipper Gray Sessions, was a collaboration between Jason and his son Kipper, and was unveiled in 2018 to be one of last year’s most lyrically rich and musically enveloping (encapsulating a myriad of musical styles within the confines of the 5 tracks) EPs. The Kipper Gray Sessions, in all its heartfelt moments of clarity, direction, emotion and comfort, became an EP of 5 tracks, two of which are seemingly fit and primed for radio (‘Mountain’, ‘Becoming’), all of which embody themes of community, individuality, alongside embracing the journey instead of longing for the end point at a quicker time frame, to name a few. Jason himself brings to us musical arrangements that further asserts his presence as an underrated artist in today’s Christian music society. Nevertheless, Jason is perhaps one of the greatest lyricists in modern CCM, and much of his 2018 EP supports this claim…which brings me to 2019, where Jason is to unveil another offering of music. This time it’s a collection of songs, split up into three. With the whole entire project titled as Order Disorder Reorder, Jason unveils next week the first of three instalments- Order EP.

‘…I’m excited to announce my new project, “Order Disorder Reorder!” I’m releasing it in a way that I’m very excited about, telling the story of transformation in three 5-song volumes—“Order,” “Disorder,” and finally “Reorder”—over the course of the next 12 months, giving time for reflecting on each part of the journey before digging into the next… What is order, disorder, reorder? When Jesus said, “…I tell you, unless a kernel of wheat falls to the ground and dies, it remains only a seed; but if it dies, it bears much fruit…” I believe he was talking about transformation. The human spirit is something like a muscle in that it must be pushed to its limits and torn down in order to grow. 3 words to describe this process are order, disorder, and reorder (thank you Richard Rohr). Order is when everything is going according to plan. We’re using all that we’ve learned so far to put our lives together with stability and security. Disorder is when our plan falls apart. We find we weren’t as in control as we thought we were and there is more we need to learn. Reminded of our vulnerability, we are broken down and opened up enough to meet with God in a profound way. Reorder is when we emerge from disorder transformed by what we learned and by having met with God in a way that changed us. We are wiser, more humble; and stronger than before. Today’s reorder becomes tomorrow’s order, and the cycle begins again. Recognizing this helps me panic less and trust more…’

It is in this quote above that I can see this smart process of releasing the songs. The journey of being in the cycle of order, disorder and reorder is often a process that can take years for us, and thus, having the 15 track album split into three and each ‘volume’ focusing on one theme and letting that sink in, in a reflective way, for us, is the most logical. Jason himself is a powerful and fantastic lyricist, and thus, having time between volumes of his project I reckon will be a good thing, as we tap into his lyrics and reflect upon the themes presented in each of the 5 songs, understanding that the Christian is often full of twists and turns, and that in the end, we’ll look back and see the purpose of the windiness. Until then, Jason has given us these songs to hopefully sing in our own stories of order-disorder-reorder. Unveiling to the public via digital platforms next week Friday, we are met with a 5 song project, two of which have been given to us already (and the third, ‘Becoming’, is a reworked version of the same song in The Kipper Gray Sessions).

‘I’m Gonna Let It Go’, reviewed by my brother Josh here, released in May 2019, and while upon reflection, the review given by my brother is perhaps a little harsh, as we weren’t privy to how Jason’s new project was going to go, nor have we given the song itself some breathing room for us to truly realise the emotion and vulnerability behind it; I’m reviewing the song now to say that this melody, albeit a short one, is one of Jason’s most emotive of late. Yet it may not seem that way at first when we hear the song for the first time- full of bells, whistles, claps and cliched lyrics- ‘boom boom boom’ as official lyrics- what’s the world coming to? Yet, with a few months space between the official release of the single, I can safely say that this song, underneath all the clichés and tropes, underneath all the radio-friendly shine, is a song that needs to be heard again and again, because there’s so much Biblical truth that one listen may not be enough. As Jason himself has said, ‘…I think God is a gentleman, and He’ll never force Himself on us. And the first time I began to recognize that dynamic in my own life was– it says He’ll be my provider, but if I insist on providing for myself, He won’t stop me. He’ll say ‘All right, if that’s how you wanna do it, you go head and knock yourself out.’ And then I’ll get down that road, and I’m stressed and I’m aware of my bank statement every minute of every day, until I recognize that I’m doing it and this is not the way I wanna live, and I’m like ‘Okay I’m sorry, I’ve done it again, I want to trust you.’ If I insist on being in control and managing my life, the Lord will allow me to do that. But the moment when I let go, He steps in and then I’m on a different plan…’

God never forces Himself on us, and at times, if we tell Him we believe and think better than He does about a circumstance, He probably won’t correct us. I mean He will, sending us people in our path and guiding us to choose one that we should know is honouring to Him, but ultimately, where and how we travel is still up to us. Like the prodigal son scenario- the father never stopped him from leaving to explore the world, and neither is the Lord, given what we may know in a certain circumstance. Freedom is found when letting go of what we may think God wants for our lives, and actually pursuing what He really wants. And often that comes at a cost to us, hence, the cycle of ‘order-disorder-reorder’. Musically, the song is catchy, lyrically, there are a few repetitious lines that can cause hiccups, but all in all, the song is thought-provoking and a reminder that how we move through life isn’t necessarily all ‘God’s fault’. He’ll still be there when we’re off-track. ‘I’m Gonna Let It Go’ is hopefully a song that we can all understand, that is is sooner, rather than later, that we all need to figure that God’s ways should be and are higher than ours!

Throughout the rest of the EP, Jason unveils to us songs that each have a specific theme. ‘Order, Disorder, Reorder’ invites us all into the general overall arching theme of transformation, that transformation is rather a process than a destination. It can take as long or as short as God wants, and that is ok. Sometimes, pain and the unmaking of us as we reconstruct what we believe and don’t believe, is often necessary on our journey in rediscovering the unconditional love Christ has for us, and His own steadfast love regardless of what we do or say (or don’t do or say!). ‘Becoming’, reworked slightly from The Kipper Gray Sessions EP, is a song that is quite possibly the vaguest on the EP, and that is in no way a bad thing. The vague nature of the chorus, and how Jason relays to listeners that he is becoming…well, something, makes me silently pleased. So often we are so focused on wanting to know what we are becoming when the Lord breaks down our defences and orchestrates the rearranging, that we can miss sight of the journey between the breaking and the becoming. It is the middle that God shapes and moulds the most, and ‘Becoming’ allows us to contemplate on such a theme. The EP then gives us two songs that haven’t been made available yet- ‘Maker of Mornings (I Am Loved)’ and ‘Wonder’- the former exploring the theme of gratitude, as we acknowledge the gifts given freely by the good giver, while the latter, complete with an eclectic joyous atmosphere, reminds us all to always go back to a childlike wonder as we understand that before all the cynicism and the grown-up stuff, we were kids that used to be excited and be in wonder of new things- and we as adults have seemingly lost the wonder for the new and the exciting, for the daunting and the scary, and such a song reminds us all that we should go back to that feeling.

NOTE: This audio slide above is ‘Becoming’ from The Kipper Gray Sessions. A new version of the song will be available on his new EP releasing next week.

Even though Jason is still not necessarily the most recognised or even the most popular artist within the ranks of CCM currently (artists like Chris Tomlin, Natalie Grant, Francesca Battistelli and Matthew West receive much more radio airplay than Jason), Jason nevertheless forges on, as a songwriter whose songs have become the cornerstone of change in many people’s lives around the world, inclusive of mine. On the same roster as artists like Andrew Peterson, Plumb, Lauren Daigle, Unspoken, Carrolton and North Point InsideOut, to name a few; Jason continues to anchor the roster, in both a songwriting and lyrical perspective, and his forthcoming EP is a testament to this. Order EP is a perfect start to the Order Disorder Reorder music project process and a must-listen for anyone who appreciates poignant and heartfelt music, regardless of the music genre. Well done Jason Gray for such an inspiring EP, one to tie us over between Order and Disorder, whenever that may be.