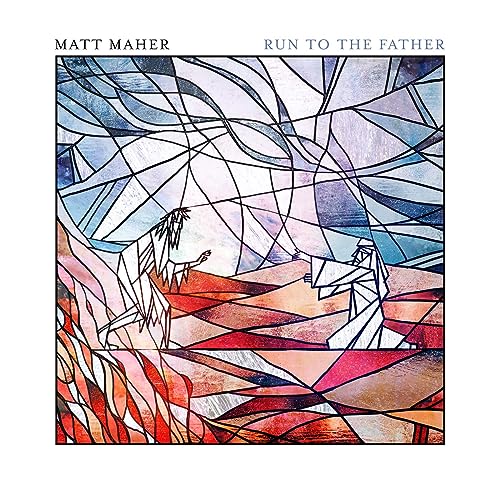 ‘Run to the Father’ is perhaps one of my favourite worship songs in modern music history. Within the same realms as other church-songs like ‘What a Beautiful Name’, ‘So Will I’, ‘Living Hope’, ‘Way Maker’, ‘Another in the Fire’, ‘The Blessing’, ‘Raise a Hallelujah’ and ‘Christ Be Magnified’, ‘Run to the Father’ is a great reminder of our waywardness as people in general, and the loving arms of the Father, whose arms stretched wide gives us a new chance at being the people we know we can be, but too afraid to, because of what we believe Jesus may think of us if He’d really know the places we’ve been to, away from Him. For ‘Run to the Father’ takes the prodigal son story and makes it personal, places us in it, as we either see ourselves as the prodigal son that goes off and lives his own hedonistic life, or even the elder son, who stays at home, and believes himself to be the ‘better’ child, the one who stayed and initially saw that as virtuous compared to the impulsive nature of the younger son. Both situations that we may find ourselves in are detrimental, maybe even us being positioned and seen as the older son, more so. It is in the realisation that we as people need God’s grace is both circumstance, we can rest knowing that we run to the father, not because of what we do, but because of what has been done for us, and our very need to be reminded of that fact, again and again and again.

I’ve reviewed ‘Run to the Father’ in some shape or form, over the years on the site- it’s nothing new, just check out the links of the reviews here. And so this new rendition from Matt Maher is nothing really new about the song. But rather this song has a certain gospel quality that enthuses a bit of call-and-response, something that gospel artists are famous for. We are reminded that such as song as this isn’t just confined to the worship leaders, but gospel music lovers can still claim this song for themselves too. ‘Run to the Father’ is a great reminder that we all have a father in our lives, or even a father figure. Maybe from hearing this song, we feel the need to make amends with our earthly dads. Or we just need to remind ourselves (and them) that we love them, regardless. ‘Run to the Father’, though not as emotionally charged as ‘The Blessing’ or even as declaratory as ‘Way Maker’, still challenges and comforts, confronts and heals as Matt Maher (and the gospel choir) delivers this gospel rendition of a song that I reckon will become a timeless classic in years to come. A song that will forever be on my worship songs playlist on Spotify, this is a track that will make us all remember God’s faithfulness, goodness and a character that is far more forgiving and loving that ours can ever be. Well done Matt for such a vibrant and challenging song, one that will continue from year to year, impacting and allowing us to step into the reality that we can be either the younger son or the older one, rather than just the younger one that we’ve been taught since…well, ever. And both these sons need God’s grace and mercy, not just the younger.