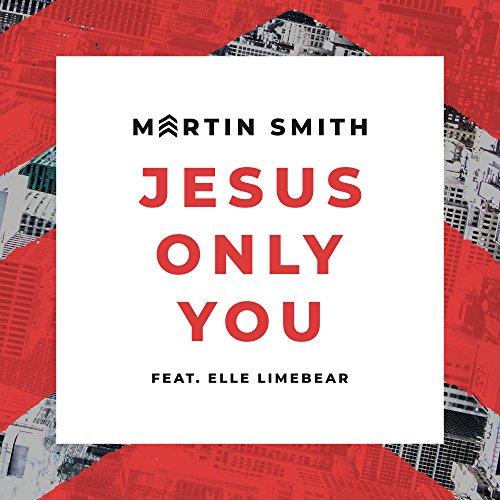 The day that Delirious? ended their tenure as a band, was a very sad one indeed. In 2009 (although I can’t remember the exact date), we were all saddened to hear that the band of 5 brothers, friends and in some instances literal siblings (three of Jon Thatcher’s sisters each married 3 members of the band- Stew Smith, Martin Smith and Tim Jupp) had called it quits. Citing that they each felt that God was calling them to different directions, we may never know at all if that was the real reason or not as to why the band is not still recording music to this day.

But what we have now, is Martin Smith’s solo career, and what a career it is. With his smash hit singles “Back To The Start”, “God’s Great Dance Floor”, “Emmanuel”, “Song Of Solomon”, “You Are My Salvation”, “Waiting Here For You”, “Grace”, “Great Is Your Faithfulness” and “Only Got Eyes” (to name a few) each impacting the world, with catchy melodies and poignant lyrics (you can read our review of Martin’s debut album here!); it’s time we hear Martin’s latest offering, his debut single from his second solo album Love Song For A City, releasing sometime this year. “Jesus Only You” features Martin’s daughter Elle Limebear on guest vocals, with this live single in my opinion being one of his most intimate and personal worship melodies he’s ever recorded, even though lyrically it is a tad simplistic.

Musically, this song does play it safe, with plenty of electric guitars abound and a rousing guitar instrumental bridge as well as parts where we can hear a spontaneous free worship service going on- all squashed up into 4 and a half minutes, and though the result is the track can sound to the outside observer as being musically bland, it is the honest lyrics, the passion and raw emotion from Martin that makes this song all the worthwhile to dwell upon and ponder. With the chorus ardently relaying to us the simple refrain of ‘…Jesus, only You, You’re the one that I adore…’, we are met with the heart of worship, and that is to give God the glory and the honour in every circumstance, and declare ‘ok God, I may not like where I am right now, but I trust You, and I know You are good, and I am proclaiming in this season of darkness that all I want ot do is be in the presence of You Jesus, as You are the one that I adore’. That’s a lot of extrapolation, however that is what I gleaned from this worship anthem- and you may gain something completely different, and that’s more than ok.

With Martin’s daughter Elle adding a depth to the song that I haven’t heard before on any Delirious? track, I reckon “Jesus Only You” is the start of something special for Martin Smith, as he continues to juggle his band commitments with Army of Bones, and his solo career as a worship artist. While it isn’t known if Delirious? will reunite in the near or far future (or if they will remain like dc Talk- forever on hiatus!); I’d say that you all need to check out “Jesus Only You”, as Love Song For A City is going to be a revolutionary album- I’ve just got this sense, maybe it’s the Holy Spirit. And as we listen, as Jesus ministers to our souls while we yearn and long for Him to come and fill our hearts with His presence, let us remember that it is only Jesus who ‘…breaks my chains…’ and ‘…bears my shame…’. Well done Martin and Elle for a special worship anthem that perhaps is strong because of it’s simplicity musically and lyrically!