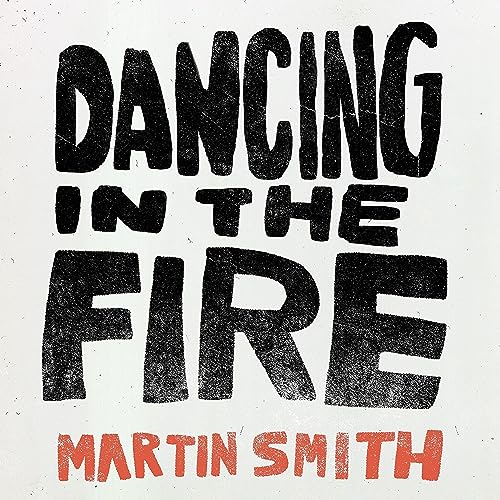 Martin Smith is by far one of my favourite frontmen to any band well, ever. After spending years being the front-man to arguably one of the most impacful and influential founding-fathers of CCM and worship, Delirious?; Martin decided to venture out on his own. Launching a solo career after the band, Martin released albums God’s Great Dance Floor Volume 1 & 2 (alongside singles from these albums in ‘God’s Great Dance Floor’, ‘Back to the Start’, ‘Grace’, ‘Fire Never Sleeps’, ‘Emmanuel’, ‘Awake My Soul’, ‘Only Got Eyes’ and ‘Great is Your Faithfulness’, to name a few) in 2013; a compilation best-of titled Back to the Start in 2014 that incorporated a lot of the songs from both volumes of God’s Great Dance Floor, alongside a live project Love Song for a City in 2018. Then we have 2019, where Martin himself decided to release his long-awaited brand-new studio album in Iron Lung, his first in 6 years (Love Song For a City was a live project). And let us not forget his side-project Army of Bones that also released their debut album in 2017, with Martin himself as the lead singer. Gee, that sounds busy. And it is. Martin’s voice, be it as part of his solo career, his band Army of Bones, or even as Delirious?, has been in our homes, hearts and on the radio from the mid-1990s onward, and thus, Martin’s presence in an industry that seems to throw people out with the drop of a hat, seems to be, and only is, remarkable and a miracle in every sense of the word. Martin’s music, both his solo alongside his Delirious? days, have been inspiring me in my own walk with Jesus over the years. Iron Lung released in 2019 (we reviewed the album here), as this Delirious?-sounding heartfelt set of 10 songs remind us all to look back on our own lives to see what good things He has done for us, so that we can be thankful for the specifics whenever we give thanks to our God for navigating us along this journey called life. Martin’s music is not going anywhere, as Iron Lung gives us comfort in knowing that ‘…this record is about joy and wonder, and the grace to keep singing through the journey of life. It’s telling the story around my first breath as a child to the last breath of someone close to me. Iron Lung is a celebration of life, love, and faith…’ Now in mid-2021, and we see another offering from Martin- this time a single titled ‘Dancing in the Fire’.

Let me just preface this ‘review’ by saying that I’ve really appreciated Martin’s work, both as a lead singer of Delrious?, and in a solo capacity, for years. So for this single to drop today digitally, has me intrigued. And on surface value, it appears as though Martin has switched gears a bit- it doesn’t sound like a worship song, but rather a poppy dance number with a few rock guitar undertones to ground the song musically. Primed and fit for radio, Martin has moved out of his proverbial musical box and has ventured out of the worship-style that he has produced a lot of his music in thus far. And even though I know that the song is well intentioned, I feel as though the song isn’t as captivating as it could’ve been- I heard the song about 3 times over, and each time it was when I was undertaking something else- and unfortunately, the song didn’t ‘grab’ me and keep my attention as previous songs have done- while the new song is musically flash, I wasn’t engaged in a song that could’ve thrived a lot more if the music itself was toned down a bit. The concept of ‘dancing in the fire’ was actually inspired by COVID-19 and the whole lockdown situations that have been occurring around the world.

With the song itself being about coming out of lockdown with joy, and dancing (metaphorical or maybe even physical) in the ‘fire’ to show that we have come out the other end stronger than before, what I find weird, and maybe even downright insensitive with this song, is that by no means, is this pandemic finished. COVID-19 is still raging rampant around the world, and even though Britain is opening up (a fair amount of people in Britain have received 2 doses of their preferred vaccine) and have since declared their ‘Freedom Day’ last week, the virus still rages on, even in Britain. So, to have to song as a ‘let’s welcome people out of lockdown with joy’ is unfortunately a real slap in the face for people who are still struggling with COVID-19 on a daily basis- people in Africa, Middle East and especially India too. The people over in South America are also dealing with the Lamda variant of COVID-19…so which way can we slice it, so that ‘Dancing in the Fire’ still remains a positive song? Maybe if it’s actually not to do with COVID-19, the song can be better…maybe if it’s about coming into relationship with Jesus and emerging from difficult and trying times that make us reevaluate our faith; but with Martin himself depicting on his Facebook page, that ‘…dancing in the fire is all about coming out of lockdown with joy…’, it’s hard when you listen to the track, to think its to do with anything but opening up from lockdown, and moving from being trapped in houses because of COVID-19, to being in the community, still with COVID-19.

Maybe I’m reading too much into the song than it needs to be, but I guess, those are my thoughts- the song objectively is unique and something Martin himself hasn’t done before. But where the song stands, and what the song means, ‘Dancing in the Fire’ isn’t as glamourous as what it could’ve been, nor is it as engaging. Sure, Martin’s work pre-this track, has been impeccable, yet this song seems to leave a sour taste in our mouths, even if we know that Martin hasn’t intended for this song to be read that way. What has initially been something innocent, could potentially be a song that can point offence to people still in lockdowns. I guess this song can allow people to discuss COVID-19 and the rest of it, and I know that with Christ, we ought to be dancing through the fire at times, because we know of His victory; but unfortunately, ‘Dancing Through the Fire’ isn’t a song for such a season as this. By musical backdrop alone, Martin’s done better music in the past, and because of the situation with COVID-19…well, I guess for me, I’ll be listening to this song way, way into the future, when my feelings for this track have come down from such emotion. Maybe I can see this song more clearly in a week or two, but right now, I’m just gonna be spinning the albums God Great Dance Floor 1 & 2, as well as everything Delirious? and Iron Lung too. Martin’s still a good worship leader and singer- this song is just a little bump in the road. I’m more than hopeful for that!

RIYL: Delirious?, U2, for KING AND COUNTRY, Coldplay, Lifehouse