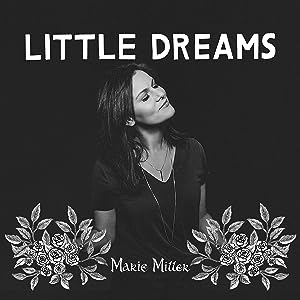 ‘…Marie has managed to undertake what so few artists have ever done- crossing the great Christian-mainstream divide and showing us that it is ok to have a successful music career with songs that appeal in both the Christian and mainstream market. Many artists have done it before- needtobreathe, Skillet, Switchfoot, and to some extent Superchick, Plumb, TobyMac and Jars of Clay as well…yet it is the acoustic nature of Marie’s songs and the heart and message behind each of these songs on Letterbox that makes me appreciate her all the more- as she gives listeners encouragement and topics to think about in each of these songs, we are reminded that very few artists can do this feat, and thus, she is widely appreciated for it. While some artists are called only to the CCM industry, others tend to cast their net wider, trying to reach a wider audience with their message of hope and living for something bigger than themselves. Marie Miller is one of these artists. With this album delving into topics like helping people in need, relationships with significant others, as well as the benefits of friendship and camaraderie, Marie uses her folk/acoustic influences to infuse 12 songs that are some of the most heartfelt and honest melodies of 2017 so far…’ This above quote about Marie Miller, singer-songwriter who has ministered in both the CCM and mainstream arenas for quite some time; is in reference to her 2017 album Letterbox, a gem of a record that in that year, was one of my favourites. Now three years on, Marie has moved from Curb Records to creating music independently, while still holding onto the acoustic/folk flavour and still trying to deliver songs that have meanings for people both ascribing to a belief, or to no belief at all. What has resulted from this time period of 3 years is this- a collection of 9 songs that are all aptly titled Little Dreams. An album of acoustic/folk/reflective goodness that reminds us all that even within the mainstream industry, folk/acoustic isn’t a genre that is well-represented and respected even; Marie’s new songs deliver a myriad of themes as she hopes for us all to use these songs as a way for us to get in touch with the deepest parts of ourselves, and to be challenged by the powerful words in each of these melodies, to become better versions of ourselves than before. From standout songs like ‘Little Dreams’, the folksy and upbeat ‘Homeland’, to the reflective cover ‘Wayfaring Stranger’; this is a must-have album, if you’ve enjoyed Marie’s previous work, or if you appreciate similar artists like JJ Heller, Ellie Holcomb, The Gray Havens or Sara Groves, to name a few.

With much of the songs released at various points throughout 2019 and 2020, these songs on Little Dreams are as much relevant for today in society, as it is relevant for Marie on a personal level. First song ‘Homeland’ employs the mandolin and Marie’s strong vocals to present a theme and message of us fighting for a greater cause/purpose, leaving everything that is familiar and comfortable, and taking steps from what we know is firm, to the great unknown, when all we know is that our goal to be reached is what will ought to spur us on in our quest to better humanity, ourselves and bring people to a place of intentionality and purpose- something that should motivate us not to give up in our daily struggles and personal mountains we need to upscale. ‘Homeland’ is a moment of realisation that the callings on our lives, however personal they may be, need not to be overlooked, but is is a moment where we understand that we must sacrifice things personal to us in order for the common goal to be ever-more attained. ‘Little Dreams’, the title track on the EP, brings to life this understanding that dreams that we have are precious, and things we need to hold onto in this life where uncertainty is more the norm in this current economic state. ‘Little Dreams’ the song is a chance for us to dream big and to go after what the world may say is impossible, for it is in when we look to not what we see now, but what we envisage to be, that we can move from the comfortable to the confronting, and hopefully allow us all to positively change and embark on our journeys to actualise our dreams into reality. ‘Butterfly Collector’ uses this running motif and compares beautiful women and girls (or even people in a vulnerable state of being) to being butterflies, and butterfly collectors being attributed to those people who take direct affection towards people in such a vulnerable state- it can be seen as people who take other people as child brides, people who engage in human trafficking, whatever the case; ‘Butterfly Collector’ is a warning for us to stay clear of people who usually latch on to ‘pretty young people’, in a way that is creepy and such where they want to give them a ‘good life’ but when all they do is just place ‘…me in a pretty crystal jar and then turned on the light, I could finally see surrounding me, a thousand others in every color left in the dark…’ ‘Imaginary Friend’, a heartfelt emotive melody, is such where you can feel for Marie in her ‘plight’, as this persona declares in the song of a love lost before it has started- never talking to someone because of whatever reason, and being ‘content’ with love never ‘ending’ because it never ‘began’. ‘Imaginary Friend’ is for people who may feel stuck relationally, and for whatever reason, are guarded and don’t want their heart damaged, and thus, they close themselves off to possibilities of love and loss, because of the hurt that comes alongside it.

Throughout the rest of the EP, we see more themes of hope and challenges brought to the fore in these songs, alongside a very familiar folk-gospel song of destiny and traveling to a common place of utopia. ‘Silently With Me’ is a song of longing and wanting closeness as Marie vents her own frustrations towards the Creator, seeing if there is any sounds coming her way from a creator during a time where answers are paramount. It is a song that showcases Marie’s spiritual beliefs in that we all know she’s a practicing Catholic- while a lot of her music doesn’t really allude as much to her faith as previous albums, ‘Silently With Me’ is the closest we can get to see Marie’s faith in action. The song itself is an understanding that maybe audible answers won’t necessarily help the unforeseen and uncertain situations at hand, but rather, to know that someone is close to us- with them not saying anything, speaks more volumes than wanting an actual answer to it all. ‘More than What I See’ is a song compelling and confronting, as we see a persona trapped in a vicious cycle of abuse (I’m sure both physical and verbal), as this particular person (maybe the song itself is autobiographical?) chooses to stay in a cycle of cruelty because of it being known and ‘safe’, ahead of a potential breakaway from the situation into the unknown. ‘More than What I See’ is a hoping beyond all hope that someone sees something greater than what we’ve been lead to believe from our captors- and hopefully this song can heal people’s hearts and bring them out from captivity to freedom in the knowledge and understanding that Jesus is the one who knows our plights, and still loves us just the same.

‘Don’t Look For God’ is a song that is compelling as the one before, as Marie reminds us all to not look for God in the places where we may think we can find Him, because more often than not, He’s in the places that are overlooked, the different, the situations and circumstances where we may not have given a second glance. Not looking for God will go against the grain that we are, because we as curious humans and people longing for the eternal want to look for God in the things of this world, but as we’ve come to understand and recognise, we have a certain way of how we think God Himself will manifest or even show up in our lives, and then when what God does, doesn’t coincide with what we may think of Him, we shake our fists. This song is one that can hopefully provide to us freedom- to allow God to come to us rather than searching in our own strength a God who is equal parts mysterious as He is beyond the ways of comprehension of any man. ‘Brave New Step’ ends the album, as a tribute to all the unsung heroes in our lives that are doing tasks thanklessly and tirelessly, for people who just get the job done, and people that take brave steps into the unknown, without knowing the consequences, but knowing full well that it is the right things to do- the song itself taking a whole new meaning in light of the COVID-19 pandemic as the song is now a tribute to essential workers and people putting themselves in harm’s way for whole communities to be safe. Marie also brings to us her rendition of folk-gospel hymn ‘Wayfaring Stranger’. Though it’s a song that I myself haven’t heard before, the song nevertheless has been covered by many an artist- Ed Sheeran and Johnny Cash inclusive. The song itself is one of travelling on a road towards a known destination- in the words of the song, to travel through this world ‘…to see my Saviour, I’m going there, no more to roam…’

As I’ve heard this EP again and again, I’m safe to say that this collection of songs are some of the most emotive I’ve heard in 2020 thus far. Even though there is no mention of ‘Jesus’ inside these 9 tracks (‘God’ and ‘Saviour’ do make it a few times) what I do know is this- these songs are full of heart and emotion that I’m sure the Lord will use these songs to minister to people where they are at- I know I’ve been ministered to through songs like ‘Little Dreams’ and ‘Brave New Step’, to name a few. On the whole, Marie’s sophomore album (after her critically acclaimed album Letterbox and her quasi-spiritual EP titled You’re Not Alone in 2013) is certainly a bright spot for anyone who loves folk/acoustic/pop, with an inspirational/emotive aspect to it. Marie’s joyous singing and folk atmosphere are able to carry the album as each of these 9 songs remind us of life, faith, God and the journey towards us living a life full of hope, encouragement, zeal and enthusiasm. Well done Marie for such a heartfelt and compelling album, and one of the artists I reckon will continue to be a crossover success in the upcoming months ahead!