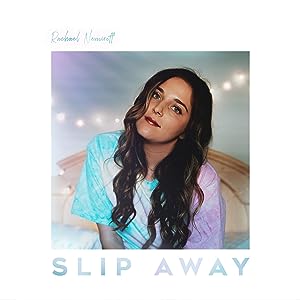 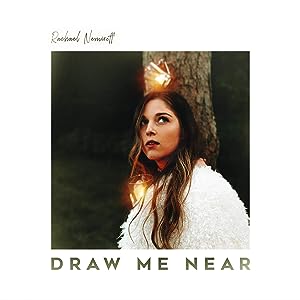 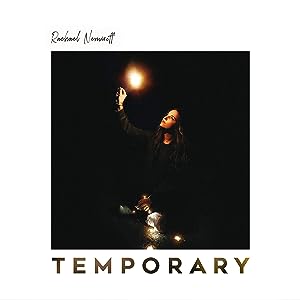 If you have been a frequent fan of this website 365DaysofInspiringMedia.com, then you’d know our own admiration and respect for up-and-coming indie artist Rachael Nemiroff. While not signed to any major music label at the moment, I’d expect for her to be signed real soon…that’s how powerful, real, honest and poignant her music has been these last few years. Releasing a few singles prior to this group of new ones (‘Circles’, ‘Belong’, ‘Steady’, ‘Heart of Stone’ and ‘You Say’, all of which are reviewed here), Rachael’s passion for delivering quality music with a powerful and inspirational message is what this young woman of God is going for as her songs have a happy-bouncy atmosphere and is a nice fun alternative than the usual pop mainstream in our world today. Attending Trevecca Nazarene University in Tennessee and playing local shows around Nashville has indeed solidified her singer-songwriter EDM/pop/CCM sound, which has now formulated into 5 original songs (not inclusive of these new 3); yet, this is not the first exposure to the CCM world that Rachael has had- prior to these releases, she released a series of cover videos, some of which include her versions of UNITED’s ‘Wonder’, Ellie Holcomb’s ‘The Broken Beautiful’, and Tauren Wells’ ‘Hills and Valleys’, the latter becoming a track to purchase on iTunes (that’s how popular her cover video on youtube was!). Now with a series of cover videos and a few original songs under her belt, I can say that Rachael and her music is as much needed in today’s society as anyone else’s- that her joyous personality, her infectious enthusiasm and zest for honesty in music, alongside the nature for her to produce good pop-worship music within a sea of endless possible avenues that seemingly sound similar to the one before; is what I reckon will lead her to new heights in the future.

‘Slip Away’ was released on November 22nd, and is as emotive and passionate as they come- similar in theme to many songs that have been unveiled over the years about the topic of surrender, while the music itself is as energetic and jovial as if someone like Britt Nicole, Hollyn or even fellow indie artists Cimorelli, would cover the song themselves. Which is a compliment in and of itself. Rachael is an indie artist, but her music reflects a quality and standard that is far greater- you’d never guess that she is unsigned from just hearing her music, and maybe that’s a good thing. The song itself? From the first verse bars come on, we see the internal (and sometimes external) struggles we may have on a daily basis- ‘…when the shame and the pain and the worry of the world, and the trouble of a thousand days, make you contained by the chains wrapped around you, so tight that you’re gonna break, so you try and you fight and you struggle, but it just gets harder than it was before, let go of the road that you’re holding, fall in the arms of a loving Lord…’, as we understand that to slip away in a Christian sense of the word isn’t necessarily a bad thing. All the connotations with regards to the phrase ‘slip away’ is negative- to slip from something is to lose one’s grasp, to lose focus on what is ahead and to disregard the end goal in favour of some momentary personal gain. But to ‘slip away’, with regards to this particular song, is positive indeed- we slip from our striving and tireless efforts into God’s grace and unending love that envelops us and rescues us, sometimes even from ourselves. ‘Draw Me Near’ is a powerful worship anthem released to us in January 2020, and is a track that can potentially circle on the radio if Rachael was indeed signed…which she isn’t, and that says more about the actual radio stations only playing ‘signed’ artists than Rachael herself. Nevertheless, ‘Draw Me Near’ is a reminder for us all to draw near to Christ in all circumstances, and to always want to know more about Him and to be more like Him- that us drawing near to Him in times of difficulty and trials should be what we first do, rather than what we do when we’ve tried everything else. Rachael’s latest single was unveiled just a few days ago (Friday 22nd May)- in this latest song, the topic addressed is anxiety, and is certainly fitting in this unforeseen and uncertain season. ‘Temporary’ describes the season that we as the world, are in- something that will pass eventually, and a time in our lives that I’m sure we’ll learn a lot from, both about God and about ourselves in the process. The song is a reminder of the confidence we have in Christ, that our struggles may be temporary, but God isn’t- He is still with us, reminding us to always cling to Him, to rely on Him when everything else tells us the opposite.

Rachael’s music is a breath of fresh air, and and artist I’m certainly going to be on the lookout for in weeks and months to come. Will she be signed in the future? Maybe, maybe not. Whatever the case, Rachael’s music stands out a lot over the last few years in terms of good quality indie music- others including artists like LoveCollide, Cimorelli and Leanna Crawford. And if artists like Leanna Crawford can be signed to a major label (Provident Label Group), then maybe Rachael can follow suit? We’ll never know, but what we will know is this- Rachael is a talented artist, and these songs are reason enough to be excited for whatever comes next for this budding young influencer in a music industry that seems to be lacking up-and-coming female music artists with a worshipful undertone (if I can remember, the last ‘young’ worship artist that has had quite an impact in my own life was Meredith Andrews back in the day!). Well done Rachael for these three powerful songs, can’t wait for a full-length project (album or EP) in the future, whenever that arises!