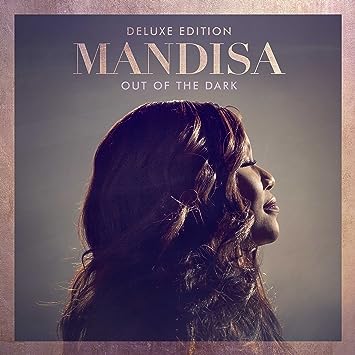 It’s funny how we as a listener place unseen pressure on an artist to constantly release albums and/or new songs whenever we are tired of the latest song we are hearing right now. We consume more and more and more, until we suddenly are bored, and then we move on. What is our consumption of a certain song before we move on, you say? Maybe around a week or two… Anyway, on a more serious note, whenever an artist falls back into radio silence and does not release new material after 2 or 3 or more years, the rumours start up. ‘Oh, such and such quit, is retired, has fallen away from Jesus, has moved on to something else, is sick, has died… any other reason, take your pick. But we have seen and heard time and time again the faithfulness of God and the power of prayer and dedication through the comebacks of many artists whom we originally thought had released their best album many years prior to their comeback album. Artists like Plumb, Audio Adrenaline, Britt Nicole, Nichole Nordeman, and I guess you could say DC Talk now (with their upcoming cruise in the middle of year, which may or may not eventuate into a new album…), have all been dormant, but have since been reminding us they are still here and are still giving God the glory through their music.

Now, let’s meet, or re-meet another artist who has been in the musical wilderness for 3+ years. Mandisa, who previously was on American Idol a while ago, and recorded plenty of inspirational and successful hits and singles, the most recent thought-provoking melodies being “Overcomer”, “Back To You” and “Press On” all from 2013’s Overcomer; took a break from music in 2014 until now. In fact, she dropped off all forms of social media, and no one knew what was happening with her music, and even her faith. But, like God always shows us his faithfulness, Mandisa is back, finding her voice again as she reveals to us her new album Out Of The Dark on May 19th (in one and a half months’ time!). Not to reveal too much into her story, as to why Mandisa took a break from music (I’ll leave that for the intro/conclusion to my review of Out Of The Dark later on this year!), the song “Unfinished”, her new single, tells a story of God’s providence over her life as she was feeling down and unworthy of his love.

Yet as Mandisa just recently released a new track- “I’m Still Here”, we are glimpsed into a further ‘explanation’ of sorts of her time away from music, and it is this song that is probably my favourite out of all the songs released in 2017, simply because of the fact that it is a testimony song, basically saying that God isn’t done with us yet if we are still breathing. Released as a promotional single, “I’m Still Here” is an emotional, personal, piano driven mid-tempo ballad, as Mandisa vividly describes how she felt a million miles away from being an overcomer, like she described in her previous hit song. Yet in the hopeful chorus, Mandisa reveals to us the healing in Jesus, that it is by the grace of God that ‘…I’m still here, hope is rising, waking up my soul, I’m still here, all my broken, turning beautiful, ’cause I feel my heartbeat beating, and my lungs breathe breathing, guess my God’s not done with me yet, I’m still here, all my yesterdays are gone and the best is yet to come…’. We all have those days when we feel beat down, knocked to the ground, but in probably the most inspirational song I’ve heard since “Overcomer” (yep, seriously, this song is that good!), Mandisa encourages us to keep on fighting, because if we have breath in our lungs, then God has a purpose, and the best is indeed to come in our lives, no matter what we may think.

With Mandisa’s new album (standard edition of 15 tracks and deluxe edition of a whopping 18 tracks!) releasing very soon, I reckon from listening to these two singles that Out Of The Dark will be one of my favourite albums of 2017, and probably my favourite album from Mandisa, ever! But if you haven’t heard of Mandisa until this review, then I encourage you to listen to these two tracks. So, what do you reckon? Have you listened to them yet? Do you like “Unfinished” or “I’m Still Here” better? Well done Mandisa for releasing yet another thought-provoking, confronting and equally comforting song, that is sure to be a hit with listeners and critics alike! I can’t wait for the new album, and I’m sure others echo my sentiment as well!