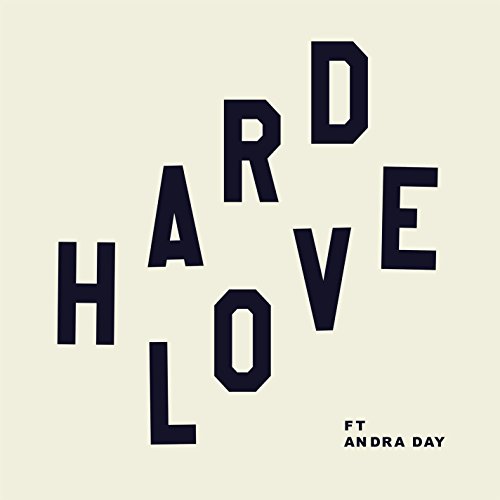 Currently right now one of the most popular and respected bands in both Christian and mainstream media markets (probably according to both listeners and critics), Needtobreathe are a band whom I have increasingly been actively following and listening to over the past few years, and have been respecting more and more. Branching out and recording plenty of songs specifically directed to the mainstream media, the South Carolina quartet comprises of brothers Bear and Bo, and good friends Seth and Josh; with the four having wowed us again and again with their honest lyrics, catchy music and southern rock goodness, also providing us with plenty of inspiring and thought provoking messages to ponder over as well.

With their most successful and critically acclaimed studio album Rivers In The Wasteland and live album Live From The Woods being recognised in the Dove Awards of 2015; HARD LOVE recently released in 2016, with the 12 track collection of pop rock goodness showing us once again what a force Bear, Bo, Seth and Josh are right now, and how they’re definitely a band to be reckoned with both now and into the future. Providing us songs that compel us to dwell upon and ponder the deep issues of life, there was definitely plenty of food for thought on the album. So much so that Needtobreathe decided to release a third single after “Happiness” and “Testify”. Therefore, let me introduce Needtobreathe’s exclusively recorded new track “Hard Love”, featuring the guest vocals of r&b/soul singer/songwriter Andra Day, and also releasing a music video as well. In my opinion a shoe-in on WOW Hits 2018, “Hard Love” is probably the most inspirational song on HARD LOVE and is once again a great reminder of the band’s ability to create great music, and capture us with their inspirational presence and overall relatability.

Diving in with a poppy and radio friendly atmosphere; Bear and Andra both earnestly and passionately trade vocals and sing together beautifully in harmony, and also both highlight the fact that whenever trouble and adversity arrives, to ‘…hold on tight a little longer, what don’t kill ya, makes ya stronger, get back up, ’cause it’s a hard love…’, to fight the good fight, as you never know when things will be better, and there might be something good happening around the corner. Reiterating that we need to put the ‘hard love’ on ourselves in order to keep on surviving through life even if we do not want to, the title track of the band’s most recent album, is thoroughly enjoyable, with the added bonus of a gospel choir and spontaneous ‘free worship’ present in the instrumental bridge, creating an intimate, personal and more honest setting- well done guys for a compelling melody!

So there you have it- Bear, Bo, Seth and Josh have done it again, creating a musical and lyrical masterpiece, and enlisting one of today’s up and coming female vocalists in Andra Day (whom I’m sure we will all be hearing more and more of in the coming months and years ahead!), as they examine and dive deep into issues that are relevant across society, while ensuring that their faith in God and testimony of how Jesus is who He says He is, shines through the music and lyrics- as HARD LOVE is guaranteed to be more popular in the mainstream industry in the years to come! I already can’t wait to listen to the band’s new full studio album whenever it releases! Well done Bear, Bo, Seth and Josh; I will definitely recommend your music to many of my friends and acquaintances!