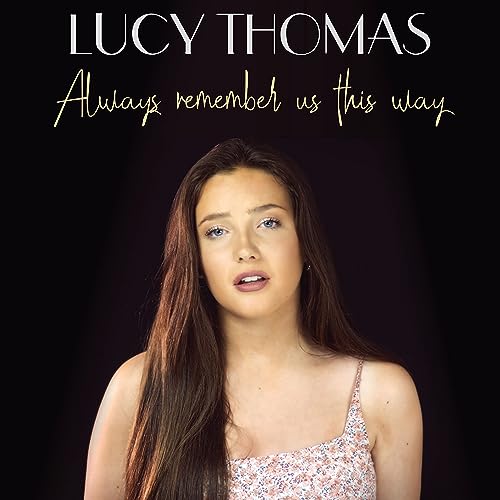 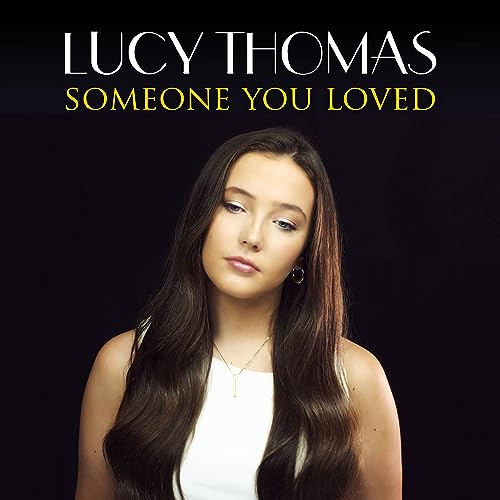 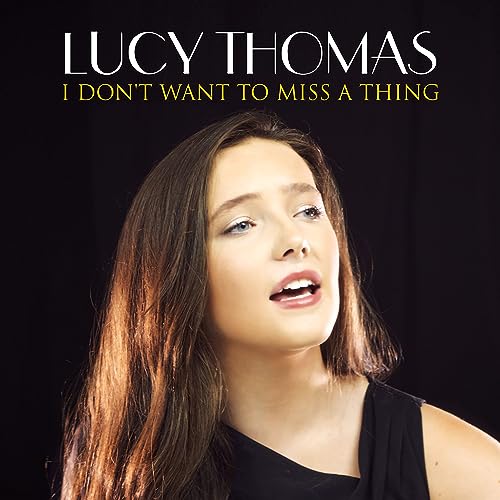 Lucy Thomas’s music is something unique, something to behold and something that people are going to be impressed about, as this young 17-year-old from Lancashire has carved a name for herself delivering albums of famous pop and broadway covers, ever since her introduction into music by the way of The Voice Kids UK. Though only 17 at the moment, she’s been able to tackle some of music’s most complicated songs, vocally, and make them her own, as her music continues to amaze people, and hopefully allow listeners to rekindle their own love for broadway music, soundtracks, and showtunes, even music of the past, that would otherwise have been swept under the rug, in favour of the pop music landscape at the moment. Lucy’s music is a step above, and maybe, just maybe, she can follow in the footsteps of Jackie Evancho and her music, as the years continue to roll by? Lucy’s music has given me a new perspective on big-ballad songs that have impacted music and society during the 1990s and 2000s, and it is through an artist like Lucy (and also through other ‘cover’ artists Cimorelli and Peter Hollens), that cover artists can still have their place, in music, society, and have an impact on people who they themselves want to get a start in the business, through the way of Youtube. Lucy’s talent at such a young age is indeed off the charts- maybe talent shows actually do work? With songs from soundtracks, broadway musicals, and big-soaring ballads of yesteryear, making up most of Lucy’s musical repertoire thus far; Lucy’s crisp sound and vocally steady voice beyond her years, makes her one of the most uniquely gifted and compelling cover artists I’ve heard in a long, long time (ever since artists like Peter Hollens and Cimorelli!).

I recently undertook a blog post about Lucy and the impact I believe she has had (and will continue to have), in music, society and history, in the upcoming years to come; and it was in me writing that blog, that I rekindled my own appreciation for music of yesteryear, especially 1990s music, the decade that I myself grew up in. It’s rare to be an artist this young, and deliver effortlessly covers from artists like Mariah Carey (‘Hero’), Snow Patrol (‘Run’), The Eagles (‘Desperado’), Celine Dion (‘My Heart Will Go On’) and Whitney Houston (‘I Have Nothing’), with such grace, poise, elegance, and heart, but that’s what Lucy has definitely done. And then to top it all off with covers of songs from soundtracks of movies/musicals past (‘Reflection’, ‘A Million Dreams’, ‘Never Enough’, ‘Listen’, ‘Someone Like You’, ‘Defying Gravity’, ‘Beauty and the Beast’ and ‘Memory’, to name a few), and I firmly believe you have a star in the making, someone that is hopefully destined to carry on and deliver classic songs that can bring a younger generation into the fold of appreciating songs that have lent themselves to the fabric of music for decades upon decades, songs that have shaped the culture and identity of the world, and have really reminded us the power of music as a whole, regardless of the time period and genre.

It is in Lucy’s powerful covers, where I myself find this particularly true statement of how the song should be bigger than the initial artist singing it, and that some songs that are timeless (a.k.a. a lot of the songs Lucy has covered in her career thus far) should be heartfelt, challenging, and compelling regardless of the vocalist singing. And Lucy has definitely given us this experience across Premiere, Encore and Timeless, and now as we sit in November 2021, we’ve been blessed once again to receive more songs by Lucy- standalone singles ‘Always Remember Us this Way’, ‘Someone You Loved’ and ‘I Don’t Want To Miss A Thing’. Songs have the ability to change and inspire, and in some extreme cases, alter the trajectory of someone’s life, coming in at just the right time for someone who may need some kind of hope and perseverance. These three songs presented are definitely timeless – ‘Always Remember Us This Way’ is a hauntingly compelling song originally from Lady Gaga and recorded for the modern-day tragedy movie A Star is Born, while ‘Someone You Loved’, by U.K. sensation Lewis Capaldi, is presented in a ‘Lucy Thomas’ ballad atmosphere, as Lucy herself proves to us that she can tackle and conquer a song current from today, compared to all of her covers of 1990s and 2000s songs, as well as covers of soundtrack melodies, that have been present on her previous three albums to date. Covering Lewis Capaldi is definitely a tall order, and Lucy executed that with such poise and grace. ‘I Don’t Want to Miss A Thing’, originally by Aerosmith, is delivered with a female voice here (in fact, I don’t recall there being a female cover of this song…ever!), and Lucy makes this song so much her own, that I even enjoy this version more than the original…that’s the truth!

Lucy’s music is a blessing for anyone who has heard her music. And while Lucy is still a relatively unknown artist in the music community at large, her new album Timeless, as well as these three songs, can hopefully change that. We are reminded that talent like Lucy’s only comes around once in a lifetime- you have the artists of yesteryear, like Etta James, Eva Cassidy, Barbra Streisand, and Aretha Franklin, and while it can create a big hole in music when artists of that calibre pass away, the sting it leaves, becomes less and less, knowing that an artist like Lucy Thomas is here, presenting music in virtually the same calibre of quality as these artists aforementioned. It’s not easy to sing covers by Aerosmith, Lewis Capaldi and Lady Gaga, with such precision and enthusiasm at such a ripe ol’ age of 17, and if anyone has the capabilities of that, then they’re just blessed by God, full stop. And that, in and of itself, should be reason enough for anyone to check out Lucy’s work, at least once, right?

Lucy’s music has been instrumental in my own life, as I’ve revisited my own appreciation for 1990s ballads, and has reawakened my own continual appreciation of musicals- and hopefully me being able to check out a few more musical films in the months and years to come- maybe I can watch movies/stage productions like Hamilton, A Star is Born and Newsies in the upcoming year ahead? Listening to Lucy and her beautifully arranged covers of songs from both the 1990s and now; reminds me of the wide world of songs from movies and songs from musicals, that I still don’t know about, that I want to know about in years to come. Maybe I can hopefully watch the iconic ones soon- Wicked, Cats, Jersey Boys, Rent, Mamma Mia… those ones that people generally know. And if it is somehow by a Lucy Thomas song that has reawakened my very own appreciation of that particular style of music, then that is a good thing. If I’ve realised that musicals aren’t as ‘foreign’ or ‘different’ as what I thought of them to be, through such an artist as Lucy, then I guess her music, and her ability to deliver powerful ballads at such a young age, is something to be respected, admired and honoured for what it is- something used by God in order for us to see far beyond our very own music bubbles we submerse our whole lives in. Well done Lucy for these three renditions. Can’t wait to what is in store for you next…maybe some collaborations with artists like Josh Groban, Peter Hollens, Jackie Evancho and Penatonix in the future? An artist like Lucy ought not to be ignored any more. And Premiere, Encore and Timeless (and these three new songs) can remind us of this very fact, that you don’t have to be too young to know that you have something to say.