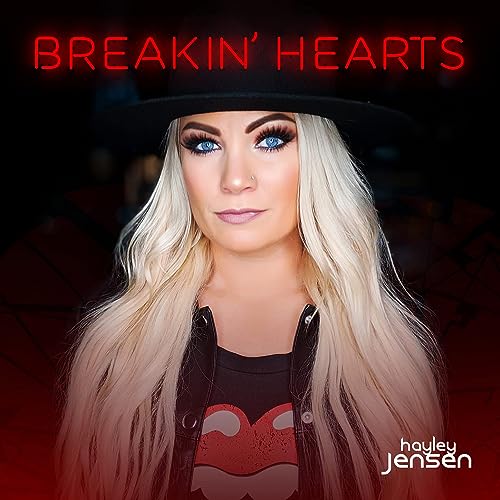 There’s something special about music artists which are from your country of birth. There’s the sense of camaraderie that you share with them, the fact that you, the listener, can identify with their similar values, morals, beliefs and ethics. Just like how every song from Songs From Home resonated with Ronan Keating because he’s Irish and the artists he covered were Irish too; so too do I as a reviewer somewhat subconsciously am drawn to artists who have had their roots in Australia- the land down under. Artists like Keith Urban, Guy Sebastian, Delta Goodrem, Missy Higgins, The McClymonts, Dami Im, Stan Walker, Jessica Mauboy, Rebecca St. James, For King & Country, Hillsong (all formats) and Newsboys; have all wowed me throughout my time listening to Australian music- and let me tell you this: that every person loves their music from their hometown. For me that’s Australian music, and my love for that will never, ever die. And as such, I’m much more partial to discovering up and coming or even underrated Aussie artists, as opposed to independent American artists. As I’ve mentioned in my review for Aussie band Southbound’s latest singles, ever since I listened to Aussie country trio The McClymonts and their music, and more specifically their 2020 album Mayhem To Madness, I’ve always had a inkling to delve deeper into Aussie artists. And not just the high-profile artists like Delta Goodrem, Guy Sebastian, Jessica Mauboy or Keith Urban. Listening to artists who are a tad underrated, gives me a sense of pride towards them and happiness… and that happiness is somewhat enhanced when it’s an artist from your home country.  The same ethos and philosophy is apparent in Hayley Jensen’s new album Breakin’ Hearts. Now, you might know Hayley from Australian Idol in 2004, as well as a few solo albums throughout the years as well as a full-length album with her band Silver Cities. But Breakin’ Hearts is well and truly Hayley’s big break- and though she hasn’t reached the stardom that we all thought she’d achieve by now (back in Australian Idol, she was placed 4th, and I never truly paid attention to her and her music up until now!); this country artist has recorded an exquisite, hard-hitting and powerful album, and an album that we all need to sit back and take notice. Sure, you have the high-profile country albums throughout the year that we’ve reviewed, like Lady A’s What A Song Can Do, Cassadee Pope’s Thrive, Lauren Alaina’s Sitting Pretty On Top Of The World, Kacey Musgraves’ star-crossed, Scotty McCreery’s Same Truck, Thomas Rhett’s Country Again: Side A, Carly Pearce’s 29: Written In Stone, Blake Shelton’s Body Language, Dan + Shay’s Good Things, Florida Georgia Line’s Life Rolls On, and Brian Kelley’s Sunshine State Of Mind; however Hayley’s album is something special- and this project definitely fits right along with the big heavyweights I’ve mentioned above in this paragraph.

Normally, this would be the part where I would ‘slap on’ some quote or an interview about Hayley’s thoughts on the album and what she has learnt throughout the recording process. But I’ve found that there aren’t that many interviews on the internet that I can pull from, if at all, about Breakin’ Hearts. I’m not sure why, but this lack of information from Hayley, has made this ‘review’ quite challenging, as now interpreting these songs then has to come from myself, and I can’t rely on the artist’s interpretation of what a particular song means to them. However, this apparent fact reminds me that sometimes, an artist’s album has to speak for itself- and so I had to ask the question to myself of ‘does Breakin’ Hearts stand up on its own?’. And the answer is that it does. While you can all read about Hayley’s achievements on her website (I won’t bore you with the details, and as you can see, she is quite accomplished, even if not mega famous on a global scale!), let us dive into one of the most underrated country albums this year, shall we?

Opening the album is the pulsating, emotional and inspiring title track. As Hayley fearlessly and passionately relays to us that people who ‘break hearts’, deliberately causing trouble and ruining lives for many people, need to be brought to justice; this album openers starts off with a bang, and puts the man on the spot, asking him why he is acting like a ‘macho’ guy when in reality, trouble follows him wherever he goes. It’s a song full of sass and truth, and speaks to the core of what it means to be in an abusive relationship; and no doubt this track will speak to and bring healing and comfort to many, as we all try to immerse ourselves in healthy relationships that build us up. Following on from that hard-hitting country rocker; Hayley invites us to partake in “Shot Down”, a no-nonsense passionate melody that speaks about standing your ground, and having immense resolve when people berate us and call us worthless and unlovable. A song that is directed to those who don’t believe in us, Hayley sings about having thick skin, and telling the haters that the words will only strengthen her.

The rest of the songs on Breakin’ Hearts reminds us to stand firm in our beliefs and to never waver or compromise for anyone. “Just Gonna Party” is a fun, breezy and light anthem, and is just what we need during COVID-19, with Hayley declaring that ‘…we’re just gonna party, party all night, we all need a little DJ, dance floor, gonna leave it all behind, think we’re ready for some good friends, good times, cold beer, sippin’ till the morning light, gonna kick back, unwind, let loose, clear our minds…’, sort of like an ideal solution to always worrying about the news and the latest restrictions; while “Karma” is a savage, bitter diss to an ex, with Hayley describing that karma is coming for the guy, and that he will experience the hurt and the pain the she felt- reminding us all that we all should treat others with respect, love and dignity, otherwise we will receive our comeuppance once day if we act horribly to people around us. Sort of similar to the age-old saying of do unto others what you would have them do to you (Matthew 7). “Better Than That” encourages us to stand true to our own beliefs of believing that we are worthy and lovable, and to subtly rebuke those who come around to say otherwise- in fact we are better than ‘that’, than those who speak down to us; while “Four Boots”, probably the only low point on the album, speaks about a one-night stand- but then again the song does have a message, and it encourages us to make better choices and to not surround ourselves with people that will drag us down.

“Shake My Bones”, a slow tempo country ballad, once again speaks about a degrading, toxic and harmful relationship, and once again is a warning for us all, to not associate with people who do not have our best interests at heart; while the ground-breaking “Rules” is exactly what the music industry needs, as Hayley calls out the double standards between men and women for probably most industries, but especially the music industry. Highlighting the fact that men have it easier if they want to succeed in music, Hayley encourages women to break the rules and go their own way- and with a song that explains that ‘…they’re the rules, meant for you, a never-ending list of all the things that you can’t do, make your move, but here’s the truth, as soon as you get close, they’ll go and raise the bar on you, cos you can break your back, you can break a nail, but honey, you can’t break the rules…’, then why wouldn’t you want to change the rules and revolutionise the music industry, or any industry for that matter, do that discrimination on any facet is hopefully eradicated? “Fireworks”, a heartfelt, emotional and moving ballad, speaks about that special someone that most people have and the fact that ‘…it’s like fireworks, baby when I’m with you, we’re like dynamite, burnin’ right to the fuse, yeah we’re shining bright, we’re up all night, you light me up and it feels so right…’; while Hayley ends Breakin’ Hearts with an inspiring classic cover in Sarah McLachlan’s “Angel”. A song that is iconic as it is inspiring, the message of the track is about finding solace, comfort, healing, hope and shelter in the arms of ‘an angel’- whether that is God or friends or family, I guess that is up to your interpretation. But Hayley nails this song to perfection, and inspires us to celebrate life and love with those around us who are in our corner.

Breakin’ Hearts by Hayley Jensen isn’t your average country album. It isn’t an album with all of the glitz and glamour. But it is an album that needs to be listened to. Because ever track speaks to the soul and every track has a message. Hayley is an artist we all need to keep on the lookout for, and as we all learn to live with COVID-19 and learn to adjust to our new normal, let us immerse ourselves in one of the most underrated albums this year, and let us root for the underdog- and champion the musicians that truly work hard for seemingly little gain. Well done Hayley for such a moving album; I can’t wait to hear what God has in store for you next!

3 songs to listen to: Better Than That, Rules, Angel