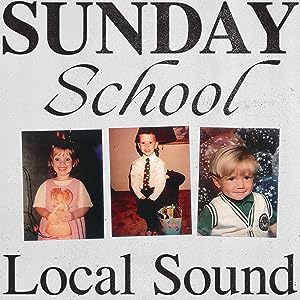 Recently signed to Integrity Music, home of artists like Lincoln Brewster, Alisa Turner, Ben and Noelle Kilgore, Jon Egan, David Leonard, Michael Farren, Paul Baloche, Worship Central and Tim Hughes, to name a few; Local Sound, founded by Jared Runion, and consisting of other members Garrett Tyler and Emily Wyant, grew out from their local Nashville college and their young adult ministry of MyLocal615. Now releasing their debut Integrity Music EP in The Free World Vol. 1, arguably the label to be under if you are creating something worshipful; the band unveiled to us 5 songs earlier this year, comprising of hits like ‘Nobody’ and other standouts like ‘Heartache’ and ‘On My Side’. Now here in July, we see yet another EP release, this time a covers album, with 5 worship songs all prominent in the 1990s/early 2000s; all redone with a Local Sound twist.

Local Sound and their message has never been timelier as it is for now. The band firmly  is grounded in its identity as a local band first, as we’re reminded that anything to be great has to be derived from their foundations in the local space, they are in. Fusing together the realms of worship, pop, CCM and EDM together to create a musical sound that is very much edgy and something different than many of the other artists on Integrity Music; the band is a must-listen if you want refreshing music a la Hillsong Y&F, as we’re reminded that for an artist to be something special, they ought to tug us at the ground level, never losing their musical themes and style as they travel on the road of stardom and record label signings…mind you, this above paragraph is describing the band as a whole. But what does Sunday School sound like? Is it worth it? Has the band redone the worship songs and given them new life that sounds equally as good? In a one word answer to all these questions, the answer is a resounding…NO!

Yes, this is a negative review on the EP. Not a reflection on the band as such, but for me, if you want to record a worship album of covers…do not touch these 5 songs especially. An EP full of chart-topping and prominent songs of my day…well, lets just say that the cover has to be really good for the EP as a whole to be justified. Infusing EDM in basically every track, this is a EP that is too much musically, and just generally a great big mess. Not even the collaboration with Paul Baloche can save Sunday School. For me, these renditions pale considerably to the orignals. They lack the energy and passion that I firmfly found in The Free World, Vol. 1; which is a shame considering that I know the band has talent as evidenced in their EP in April 2019.

Still, this is an EP that is very much forgettable. The songs are good in their own right; but when ‘Open the Eyes of My Heart’ is reduced to a tad over 3 and a half minutes, and literally half the song is just remix effects, and the other quarter is Paul Baloche singing; then there really is a problem. Nothing against the band, but I will not be spinning this EP again anytime soon. A shame, but hopefully this tight-knit trio can regain some of the magic again found in The Free World Vol. 1 and create something equally magical in The Free World Vol. 2. Till then, let us listen to the original songs (‘Open the Eyes of My Heart’, ‘Let My Words Be Few’, ‘Agnus Dei’, ‘I Could Sing of Your Love Forever’) that were actually created in the 1990s, and we wait and hope, that this trio doesn’t fall by the wayside like many other newer CCM aritsts before!

3 songs to listen to: nothing…listen to all the original versions, instead!