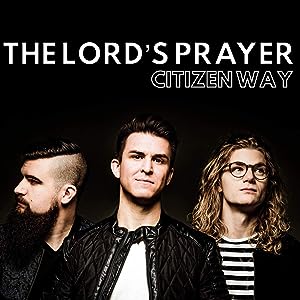 Comprising of Ben Calhoun, David Blascoe and Daniel Olsson; Citizen Way, a trio from Elgin, Illinois is everything that a pop/CCM enthusiast can hope for in a band. Formed in 2004 and signed to Fair Trade Services in 2012, it was the success of singles “How Sweet the Sound”, “Should’ve Been Me” and “Evidence” from their debut album Love is the Evidence that they released in 2013, that placed them on the map of new CCM bands of that particular year to be on the lookout for. Fast-forwarding 2 years, and the band released 2.0; and here the sound is much more mature, and much more refined. An infusion of musical sounds similar to that of Josh Wilson, Aaron Shust, Sidewalk Prophets and We are Leo; this infusion of pop/rock, with a few underlings of electronic goodness and an overarching atmosphere of worship is what made 2.0 one of the standouts of 2016 as a whole, and delivered their biggest radio hit in their whole career thus far, ‘Bulletproof’. Now here we are in 2019, and one non-album single later in ‘Wavewalker’ (featuring MercyMe frontman Bart Millard), we see yet another song drop digitally in late June- this time it’s titled ‘The Lord’s Prayer’.

I can think of one other song in the history of Christian music that speaks on the Lord’s prayer in the book of Matthew. ‘The Prayer Anthem’ by Carman was recorded 21 years ago as part of the 1998 album Mission 3:16, and while that song in and of itself was great for its time, it was really time for the Lord’s prayer to get a makeover and appeal to a newer generation, and seeing what this trio has done to arguably one of the most well known prayers in the bible (known to both Christians and non-Christians alike!); I am proud to say that this band has done the prayer proud. Enthusiastic and vibrant and enjoyable (which hardly can be said of ‘Wavewalker’- a bit of a downer!); Ben, David and Daniel deliver a rejuvenating song along a similar joyous vein to that of Rend Collective’s ‘Your Name is Power’. As lead singer Ben imparts to us in these two quotes below (one from dailympe and the other from NewReleaseToday); ‘…a few years ago, I went through the toughest season in my life.  A pastor friend of mine encouraged me when he reminded me that Jesus knows exactly how we feel.  In fact, He taught us how to pray in those times and that’s found in Matthew chapter six: ‘Our Father, who art in heaven, hallowed be Thy name.  Thy kingdom come. Thy will be done on earth as it is in heaven.’  That was the prayer I needed to pray!  So we want to encourage you that wherever you are in this life, remind yourself that Jesus knows exactly how we feel and that God is sovereign over everything that is happening in our world and in our lives.  If you’re in that season, then sing this song with us…’ [dailympe]

Hitting the nail on the hammer in relating it to real world applications, ‘…we live in a world that craves truth but we are constantly bombarded with lies. When the people of God sing scripture together, the truth is revealed and evil can be dealt with. We want to lead people to Jesus, the only source of truth and the original author of these words found in Matthew 6…’ [NewReleaseToday]. The first single from their upcoming album Love is a Lion coming out in the Fall (according to America!) later on during the year; this is a great glimpse into how the album as a whole is going to be structured. ‘The Lord’s Prayer’ is a passage we all read in the bible countless of times, yet Citizen Way portray it as something that has new life and energy, as we realise that such an ‘old’ inspired text of yesteryear can still impact the people of today! Well done to this trio for this powerful song, can’t wait for the new album releasing before year’s end!