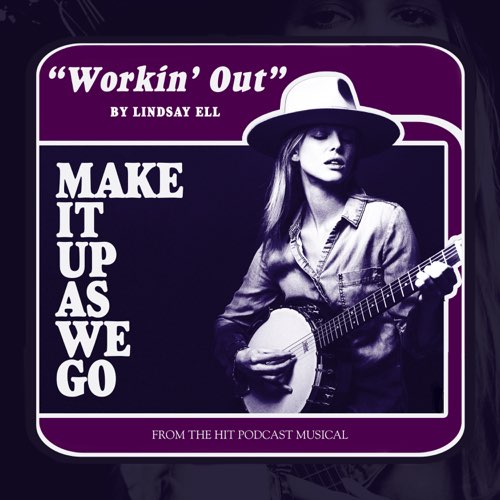 COVID-19 has forever shaped the way we listen to music, and the way we listen to podcasts and interviews- as well as the way we watch movies and TV shows. Our entertainment options won’t ever be the same again, and when the global economy does get back to ‘normal’ levels… well let’s just say that artists will be happy that they can tour again, but I’d say they would have found new ways to interact with listeners and fans, and hence they can juggle many types of being real and vulnerable to the world. Throughout this year, I have been fortunate to explore and resonate with many different types of music. Predominately in the country genre, but some pop artists as well. My unexpected love for these albums has shown me that there are no limits to what God can use to encourage us in our walk with Him and on this road called life. One such artist that I have resonated with of late is Canadian country singer/songwriter and guitarist extraordinaire. I’ve been blessed and impacted by her music so much so that I have written a blog about her a couple of months ago. You can read about all things Lindsay Ell here, as well as read my extensive and glowing 5/5 review of heart theory. And now that you all are awakened to the awesomeness and sheer brilliance of Lindsay… let me quickly dive into her next single “Workin’ Out”.

Written for the scripted musical podcast Make It Up As We Go, the 3 minute pop melody “Workin’ Out” is a motivational song that could easily have been released as a stand-alone single not attached to any series. Make It Up As We Go is a revolutionary series debuting only as an audio podcast, and according to the official press release, is a first-of-its-kind blockbuster musical written by David Hudgins (Friday Night Lights) specifically for the podcast space. Centered around the creation of seven new songs, one per episode, it tells the story of a female songwriter in Nashville’s predominately male driven, high-stress writing rooms, where songwriters big and small get together hoping to pen Country music’s next #1 hit. Our lead character, Charlotte, grew up with a love of country music. But, as she quickly learns, a love of music and making it as a songwriter in Nashville are two totally different things.

The scripted story will unfold using a mix of interviews, the sounds of her work tapes (voice memos used to record scratch versions of songs in progress), and the raw moments of conversations captured with her confidants, supporters, and family, taking listeners on the tenuous journey from her being an unproven songwriter to being a force to be reckoned with from not being able to put gas in her car, to falling in love, and changing her destiny forever through the power of song.

How will Charlotte turn her Texas sized dreams into a Nashville reality?

So… essentially the show is like Apple TV’s Little Voice but for the podcast-sphere. You can’t see the drama but you can hear about it. As good as this concept is, I don’t know if it has legs- because we’ve all seen Little Voice right? How much different will Make It Up As We Go be? Yet I will check out the first episode at least- because creativity and innovativeness is championed during the COVID-19 era; and I will give it a chance, as the show features iconic actors and musicians such as Miranda Lambert, Bobby Bones, Scarlett Burke, Lindsay Ell, Dennis Quaid, Billy Bob Thornton, Craig Robinson, Nicolle Galyon, Bre Blair and Michael Raymond-James to name a few. And as for the song “Workin’ Out”… well I’ll post the song below, which is a short but punchy pop ditty, with Lindsay essentially reminding us all that plans fail and that we as people need to roll with the punches and remember that life happens when you are busy making other plans. As Lindsay belts out ‘…and everything not workin’ out is everything just workin’ out, it’s feeling like a Monday on a Saturday night, life ain’t how hard you fall, it’s more about how high you bounce, and everything not workin’ out is everything just, everything just workin’ out…’, we are reassured that even when we fall down and even when we struggle, there will always be a silver lining after the storm, and a light at the end of the tunnel.

With “Workin’ Out” the song actually working for me and resonating because of the brilliance of Lindsay Ell, and the podcast series potentially resonating with me because of the star power (but I’ll always compare it to the critically acclaimed Little Voice!); I reckon Lindsay and her music are about to change the world in the lives of many- in a very massive way if they haven’t already! Having already shown us a track-for-track and like-for-like recording of her favourite album ever- John Mayer’s Continuum in The Continuum Project in 2018; Lindsay proves to us that she can still record vibrant and poignant melodies after her sophomore record. I mean, where’s the sophomore slump? Hopefully never arriving…

The beauty of music is that it can touch so many lives, and when we remember this, we can appreciate heart theory and all of Lindsay’s original material, as standout songs of this modern era. So as we continue about our day in quarantine, while we are bemoaning about when we are going to be back to ‘normal’; let us spin through every single song from Lindsay Ell (inclusive of “Workin’ Out”), several times, as well as the podcast Make It Up As We Go. And we can also dwell upon the important relationships in life; and thank God for Lindsay Ell– one of the brightest and talented young musicians and songwriters of this generation. Well done Lindsay- I can’t wait to hear what God has in store for you next! Maybe a Christmas album or a live project?