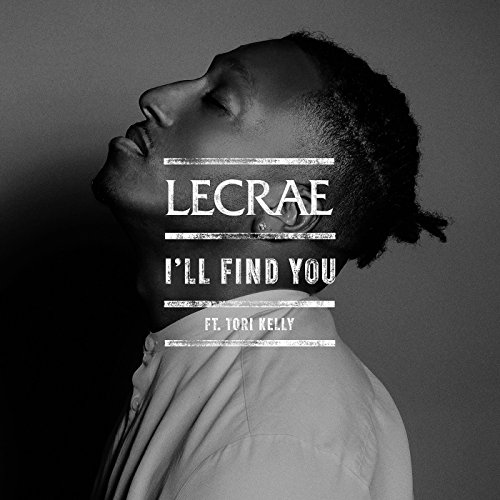 ‘…life is a precious gift. A gift we often take for granted until it is threatened. Pain can be a haunting reminder to appreciate every waking moment. So we wrote a song to share our hope in the midst of that pain. At the time of this song’s composition, some of our loved ones were battling cancer. We wanted to encourage them to hold on and tell them we are here waiting, hoping, praying, and fighting with them. Some have been released from their pain forever, others are still fighting. Hold on…’ Lecrae. No introduction is necessary. In fact, dare I say that Lecrae is by far the most popular Christian rapper (or maybe I should say, rapper who is a Christian) within the whole Christian music industry? Maybe I should say that Lecrae has had more crossover hits and songs that impact both the listeners of mainstream and Christian music alike, more so than any other rapper I’ve heard or seen in a long, long time? Because that is what I reckon the impact of Lecrae’s music has been in the last while, so much so that this new song recorded by Lecrae is featuring pop icon and sensation, Tori Kelly, as both these inspirational artists team up to deliver what I reckon will become Lecrae’s greatest hit since ‘Background’ all those years ago! And even if you don’t like to hear rap music, or maybe if you don’t like to hear pop music (which this song is a fusion between both these genres), still I reckon everyone who can appreciate good music for what it is, ought to hear ‘I’ll Find You’ at least once. Just to see how Lecrae and Tori Kelly together in a song would sound. And let me say, this collaboration is by far one of my favourites in a long, long time, maybe even my favourite since ‘Brother’, a collaboration between needtobreathe and mainstream music superstar, Gavin DeGraw.

I’ve never really reviewed anything from Lecrae, at least not on 365 Days of Inspiring Media. This would be the first song that I’ve reviewed by Lecrae, so I guess I’m not as familiar with rap music as the next guy. Still, the fact that Lecrae has teamed up with Tori Kelly for such a song as this, makes me think that Lecrae wants to grab onto a different type of audience, one that will enjoy and appreciate more of the pop music scene compared to much of the fans of Lecrae’s music initially. The end result of such a collaboration is this- unique moments where pop and rap collide to create something beautiful, awe-inspiring and impactful as the message of being there for loved ones and friends in difficult situations is brought to the fore in this track. While the song can either be read as being sung from the point of view of God or being sung from one friend to another (the lyrics make it ambiguous…which I reckon is unique, as audiences who love both Christian and mainstream music will connect to a song like this!), what the message is at the end of the day is this- that we are not alone in our plight.

That when we hold on in our darkest moments to the people around us who are willing to help us out of the chaos and calamity, often not expecting anything in return; we can find wholeness and peace, in the knowledge that we are safe and secure in the presence of those who love us. It is a chorus of the track sung beautifully by Tori that challenges us the most- just fight a little longer my friend, it’s all worth it in the end, but when you got nobody to turn to, just hold on, and I’ll find you– an allusion to the parable of the lost sheep, and how the Lord will always search high and low for us, those who are frail, weary, alone, straggling, old, different, overlooked and underappreciated. It is often the misfits and the outcasts that the Lord sometimes uses to further His kingdom, so I guess this song ‘I’ll Find You’ is a shout-out, honouring those who aren’t necessarily the most gregarious or even outgoing people, yet people nonetheless that God can use to build others up and encourage us all to live a life of service, sacrifice, respect and honour, as both Lecrae and Tori show us what it looks like to be a parent and love children as much as God loves His creation!

There’s nothing much more to say than this- ‘I’ll Find You’, if anything, is a song that will hopefully bridge the gap between rap and a whole lot of other music. Rap has always has a stigma attached to it, that it can only be enjoyed if you are within the black community, or if you have grown up with rap music and listen to nothing else. Nevertheless, what Lecrae has done, not just with this song but with his whole music career, is make rap much more interesting and fun to enjoy and listen to compared to ever before. And to have a duet with Tori Kelly, quite possibly one of the most popular female artists within the mainstream at the moment is something to take notice of. ‘I’ll Find You’ I reckon will become a fan favourite by both Lecrae and Tori Kelly fans in weeks and months to come, and a song that will hopefully be a crossover hit in the future. Well done to both Tori Kelly and Lecrae for such an impactful track, can’t wait to full length albums from both of you, whenever that may arise!

3 songs to listen to: I’ll Find You 3 times and maybe more, because this song is literally my favourite since Lecrae’s collaboration with Andy Mineo in ‘Background’