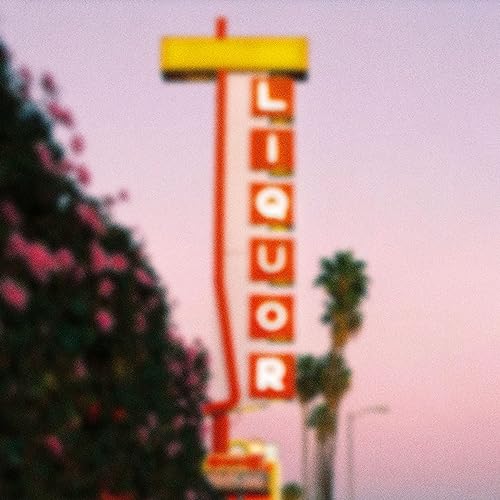 So it’s July 2021. 16 months since the start of COVID-19. We’re all still in some sort of state of lockdown all around the world (because of the Delta strain of the virus!), and we’re all still restless in our homes. We’re all wondering when everything will ‘end’ and ‘get back to normal’. Well the news flash is that everything may not get back to normal- so as we adjust to this new normal, and wait for restrictions to be relaxed so that we can get back to some version and semblance of normal… what do we do now? Well let me tell you that it has been music (and a wide variety of it!) that has kept me sane, that it has been music that has greatly encouraged and inspired, and it has been music that has made me ask the deep questions of life that I otherwise may not have asked in such depth. In fact I’d say it has been God speaking through music- through Christian and mainstream music alike. And one such artist that I have found to be ministering to my soul throughout this time is country superstar Kelsea Ballerini. While we as a site have reviewed both of Kelsea’s albums kelsea and ballerini, as well as having blogged about her last year as well; I can safely say that Kelsea Ballerini’s music on the whole is near-flawless, brilliant, exemplary, inspiring and thought-provoking. Fast forward to now, and we are blessed to hear Kelsea’s collaboarton with LANY frontman Paul Klein, as “I Quit Drinking” released this past month. And as we hear a seemingly innocent pop song with hardly any references to anything deep and meaningful; a deeper listen reveals to us a well thought out track and a song that is comforting as it is confronting.

“I Quit Drinking” isn’t the first alcohol-themed song that Kelsea has recorded. But unlike “hole in the bottle”, which is a celebratory tune that champions individuality and joyfulness and having a good time, “I Quit Drinking” is a reflective, piano led melody, hereby Kelsea and LANY tearfully and emotionally reiterate that the reason why they don’t drink, the reason why they’re sad, is because of the person who broke their heart. And while the song could be about taking stock of our lives, and seeing if we really need to drink and be around the person who may be a negative influence on us; the song is also about how getting over someone takes time, and that sometimes we may never fully enjoy or appreciate the things we used to do because of everything associated with the other person. And that’s ok that healing takes time.

Kelsea Ballerini’s collaboration with LANY doesn’t really revolutionise the country music genre, or the pop music genre for that matter. Nor are her songs super, super country- dare I say that this track seems to be more pop and acoustic/folk. But there’s something about Kelsea’s songs, this one included, that make me revisit them again and again. Maybe it’s Kelsea’s passion or the fact that it seems like she’s being super honest. Maybe it’s her fun demeanour that shines through, or maybe it’s because these songs make it seem like Kelsea’s one of the rare genuine people in the music industry that are actually happy. But whatever the case, if you were like me before and not a fan of country music whatsoever, I reckon that Kelsea’s new albums kelsea and ballerini (and “I Quit Drinking”), will make you a fan. It certainly has for me; is there anything more I need to say? So shall we say that Kelsea may be a young Carrie Underwood in the making? From the looks of the past few albums and songs, she may be well on the way!