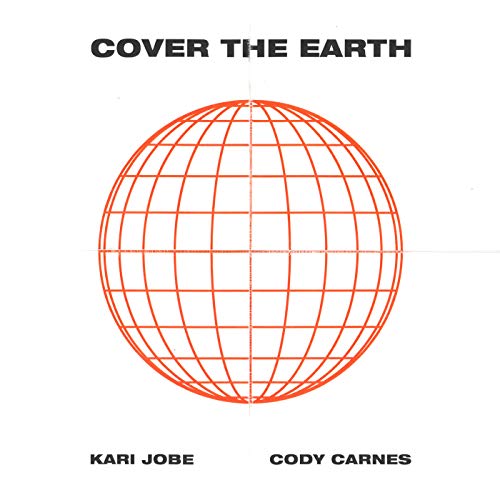 Is this a sign of things to come? Are Kari Jobe and Cody Carnes going to abandon their respective solo careers, and join forces as a husband/wife duo and record music just like Chris Rademaker and Jodi King in Love & The Outcome? If so, and their ‘debut’ single “Cover The Earth” is the first single of something new from them; then I think I’d be ok with that. With Cody Carnes having already released his debut album The Darker The Night/The Brighter The Morning and Kari Jobe dropping The Garden– both in 2017, listeners and critics weren’t even suggesting or even contemplating Cody and Kari releasing a song together- and that was even after they were married!

Fast forward to now, and lo and behold, Kari and Cody are releasing a track together. Notice that the artist isn’t marketed as Kari Jobe (feat. Cody Carnes) or Cody Carnes (feat. Kari Jobe); it’s Kari Jobe & Cody Carnes. Both artists are equally important here, and I just wanted to put that out there as an interesting fact. As far as the song goes, “Cover the Earth” has some serious Jesus Culture and Bethel Music vibes, as the guitar led inspiring mid-tempo worship anthem features both Kari and Cody ardently asking the Holy Spirit to cover the Earth, essentially praying for revival in our country and in the world. And as Cody and Kari both eloquently reiterate that ‘…fear has no choice but to bow, chains have no choice but to break, shame has no choice but to leave in Your presence…’, we are presented with a spiritual warfare in-your-face type of song as well, as this song is one that is bound to solidify our faith every time we sing it.

Certain to be on radio in the coming weeks and months- who knows how “Cover The Earth” will impact the world, and who knows whether this is the start of a magical working partnership between husband and wife. Perhaps Kari Jobe and Cody Carnes have recorded a one-off, but perhaps it’s the start of…I don’t know, a new band. Whatever the case, “Cover the Earth” is simply magical- so what are you waiting for? Check out the song pronto; you definitely won’t be disappointed.