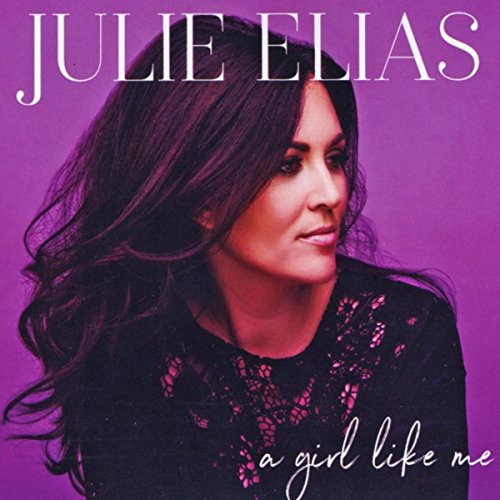 ‘…you know those movies where the structure is all messed up? Like they will show you a random scene at the beginning of the movie and it jumps around a lot…it makes no sense until finally BAM! It all comes together. Suddenly what was confusing and borderline annoying becomes fascinating and you can’t wait to watch the movie again now that you know the ending.  That is so how life is. I can’t tell you how many times I’ve been going through stuff that I had NO clue what the point of it was. At the time, I felt like I was wasting time. But suddenly it all makes sense and I have my answers and I see how God was orchestrating it the whole time. If you feel like you’re in a random chapter of your life right now, it’s okay; God is writing the book of your life and He will make it all come together. But you have to trust Him; then those random chapters won’t feel like wasted time because you know in your heart that something amazing is going to come through it. No movie ends without a resolution. Remember: you are EXACTLY where He wants you and headed on a direct course for the future He has planned exclusively, lovingly and purposefully for you…’ Julie Elias is perhaps one of my favourite indie worship/CCM artists, ever, alongside others like Erik Nieder, Alexis Slifer, Karyn Williams, Holly Starr and Carmen Justice, to name a few. Releasing a few albums up until now (A Wild Rose in 2012, Love Rain Down in 2014 as well as Unbroken in 2015…and let’s not forget her Christmas album in 2013!), Julie’s new album (well, it’s not really new, the album A Girl Like Me released October 2017…I’m just getting around to reviewing it now!) is very much unique as it is powerful and emotive, making her music style certainly different and set-apart amongst all the sea of CCM flooding the radio airwaves nowadays.

Julie has had quite a career up to this point, studying musical theatre when she was younger and ending up in Hollywood, where she guested in various TV shows like Grey’s Anatomy, CSI: New York, Bones, Flash Forward, Community and more. Now focusing on Christian music, Julie’s vocals and lyrical ingenuity reminds me that of artists like Jaci Velasquez, Rebecca St. James and Avalon- yet it is the similarities to music from the 90s, while also having a unique personality about herself which she injects into her music, that I reckon will continue to propel Julie to newer and higher heights in the upcoming months and even years ahead! As she continues to hone in her skills to create great pop-CCM with a distinct 1990s musical flair, A Girl Like Me continues to wow me and remind myself that even though the title is called ‘girl like me’, I myself, a 28 year old male, can still be impacted by such an album, and thoroughly enjoy it, with the album fast becoming one of my favourites of the 2017/2018 period!

Released in September 2017 as the first radio single from the album, ‘Awaken’ is released in 2 versions- a 3:47 radio edit, and a 5:25 full length, both of which are still as impactful as each other, as Julie continues to channel and harken back to the 1990s classic singer-songwriters, like Rachael Lampa, Jaci Velasquez, Avalon and Rebecca St. James. Much of today’s artists have kept up with the musical styles of the times, yet to hear someone like Julie sing in a way that it brings back great music memories of the 1990s, is a very good thing. At this point in time, I’m sure not many people can bring a musical tone and atmosphere back a few decades…Julie is one such singer that can undertake such a feat. ‘Awaken’ itself is an anthem, for God to awaken our hearts and minds, to see and seek the things He wants us to dwell into and go forth and undertake. As Julie herself relays to us, ‘…Awaken’ is about closing the chapter of darkness in your life and stepping out into the light, committing to God that you’re ready to obey Him and do His work. The song is inspired by Romans 13:2, which says ‘The night is nearly over; the day is almost here. So let us put aside the deeds of darkness and put on the armour of light.’ I really love that ‘Awaken’ is truly an anthem with big guitars and a soaring melody all backed by a powerful message…’ With a strong piano presence and light electric guitar undertones to create a powerful moment of worship and longing that reminds me of something that Bethel or Jesus Culture could sing currently in one of their set-lists (and for it not to be noticed by the congregation that it is not their song!); ‘Awaken’ is the pinnacle  of the album, both musically and thematically. Well done Julie for such a song like this, one of my favourites on A Girl Like Me, and perhaps one of my favourites of yours…ever!

A fair amount of the album (aside from ‘Awaken’) are covers and re-recordings- but that doesn’t mean that A Girl Like Me ought to be an album that is forgettable- quite the opposite. Much of her covers and re-recordings are so good, that they can be on-par, if not better, than their original counterparts. ‘Alive’, originally recorded by Kim Walker-Smith on her album Still Believe way back in 2013, is a song that starts off with a piano moment to bring the song to life, as Julie states that we come alive as we dwell in Christ, knowing full well that it is because of Christ’s sacrifice for us that we can come alive in Him and live a life fully for Him, in the first place! ‘A Wild Rose’ was originally from her first studio album of the same name, this time on her new album, it’s re-recorded, as Julie uses the metaphor of a wild rose, as a way to convey a situation where something new is birthing out of the ground, as we allow the Lord to use things in our lives, to bring about change and realignment in the lives we lead. ‘Here With Us’ (Joy Williams) and ‘In the Light’ (dc Talk) are the other two covers that Julie undertook for the album, and are given the Julie Elias treatment. Both these songs turn out pretty good- dare I say, these cover recordings by Julie are on par, maybe even more than the original recordings?

With the remainder of the album originally written songs, Julie’s ability to create songs that are musically, lyrically and thematically, has made her possibly one of the most stylistically diverse independent artists’ I’ve heard for a while. ‘Unchained’, track #1, towers at 6:15, yet boasts a great musical introduction as this originally penned song is the other worship song on the album alongside ‘Alive’. This is not the first time Julie has delved into original worship- in 2014, she released an album full of cover worship songs and originally written ones, so this travelling into this musical genre is nothing new. Yet there’s something unique about ‘Unchained’- the song itself draws people in with its trademark 1990s sound as Julie creates a song that has a big booming ‘soundtrack’ feel, a strategy that works for the song and makes it a great standout on A Girl Like Me. ‘Forgive Me’, a bouncy piano driven song, presents a theme that is anything but bouncy- a song that deals with the topic of forgiveness and the repairing of a relationship (akin to that of ‘Forgiveness’ by Matthew West); while ‘Only For a While’ features a jazz-piano pop vibe as Julie relays this semi-autobiographical song that states that often the seasons of life that we travel into, often shape and mould us into the people we are today. ‘Wherever You Roam’, a light acoustic guitar and looping percussion driven melody, is written and recorded with high school students in mind, as Julie herself encourages them to explore the world and discover for themselves, while songs like ‘Lost’ and ‘Run Away’ are songs that lament about similar things, that we are lost and are in need of a Saviour desperately, and that we ought not to run away from subjects and events that often make being a solid Bible-based Christian worth it all in the end. The title track itself is soothing and calming, yet it’s message at times is anything but. Though the song itself and the primary focus of it is girls and young women, men like myself can appreciate the album and its impactful moments, with the song ‘A Girl Like Me’ being that of thanks- appreciating the fact that a girl (or guy) like us can be welcomed into the kingdom of God, without any undertaking of our own efforts.

With four albums under her belt, Julie Elias is nevertheless still relatively new compared to seasoned veterans like Francesca Battistelli, Kerrie Roberts and Natalie Grant. Nevertheless, the album itself is great production-wise. With powerful drums and a vocal that I reckon is one of the most underrated in the Christian indie music industry; Julie’s new album is one to treasure if you are a fan of indie worship music, CCM, pop, or a combination of the three. With an overarching atmosphere that harkens back to the 1990s, Julie’s unique representation of the songs shows us that there can be a place where CCM and 1990s style music are married and it works. From the title track, to ‘Awaken’, ‘Unchained’, ‘Lost’ and ‘Wherever You Roam’; Julie’s efforts ought to be commended and rewarded. Well done Julie, for presenting one of my favourite albums released in 2017 (yet because I only heard the album in full in 2018, I couldn’t have placed this album on my best of 2017 lists); and a must for anyone who loves 1990s music, worship music, indie music, or all three.