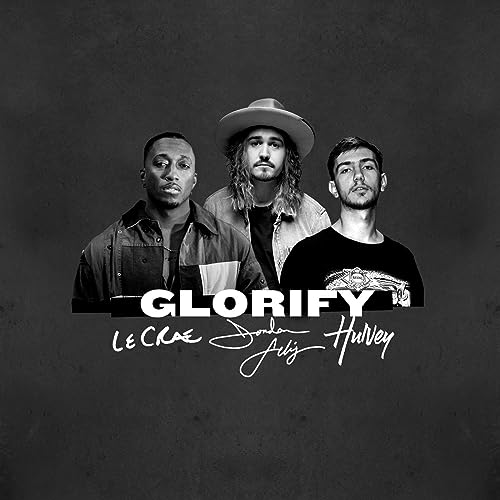 Signed to Centricity Music in 2015, Jordan Feliz has had a gigantic rise to fame. Partly due to the smash hit “The River”. Thus you might have thought that Jordan was a one-hit wonder. Yet as the years rolled on; it was evident to see that his music exudes a sense of honesty, authenticity and vulnerability that we probably haven’t heard and seen from many more artists recently. I guess that’s one of the reasons why Jordan’s sophomore album Future was so, so, so well received by critics and listeners alike (myself included). With hit songs such as “Changed”, “Faith” and “Witness”; listeners have been responding to and loving this album for a while. Though the very unnecessary release 1 Mic 1 Take released in 2017, fans and listeners were treated to Jordan’s well thought out, highly professional, and greatly inspiring second solo album- and boy are the songs a sight to behold. Future contained 13 tracks of extremely contagious pop music (probably not in the mould of CCM artists like MercyMe, Big Daddy Weave or Sidewalk Prophets, but rather in the vein of mainstream counterparts Katy Perry, One Direction, Justin Bieber, Selena Gomez, Sam Smith or Ed Sheeran), and each melody is of very high calibre. Like ‘mainstream artist type of quality’. Though there really shouldn’t be a divide between markets; the stark and real reality is that there is, and that’s sad. But Jordan has shown us through Future that high calibre songs can be recorded. And when they do, I reckon we should let God just do whatever it is He wants to do with these songs. While this album still is a bit too pop for my liking at the moment, it’s grown on me quite a lot in the past couple of years, and perhaps this means that in the future, Jordan’s music may be discovered by listeners of these aforementioned ‘mainstream’ artists, or maybe even by these artists themselves!

Now, here we are in 2020 with Jordan’s latest single “Glorify”. The led single off his unnamed 2021 new album, the original track (reviewed here) is unfortunately unimpressive. Let me say that I hate writing critical reviews, but no matter which way you slice it, “Glorify” is not that memorable. And it does indeed definitely pain me to say that even though “Glorify” contains slick guitar riffs and objectively beautifully sung vocals neatly packaged in 3 minutes of radio pop… the song does little, if nothing for me. We have had tons of songs about glory and lifting Jesus’ name up. Just check them out! “All The Glory” from Building 429, three “Glory” songs by Phil Wickham, Remedy Drive and The City Harmonic, “Lord Let Your Glory Fall” by Matt Redman, “For Your Glory” – 2 songs of the same name but entirely different! – from Matt Maher and Matt Redman, as well as “All Glory” from Tim Hughes, “The Power And The Glory” from Hillsong, “Glory In The Highest” from Chris Tomlin and “Show Me Your Glory” from Third Day. So to add another track that says “Glorify”, even if it is from a reputable and popular CCM artist like Jordan, is overkill to the nth degree. Some would say I’m being too pedantic, and this song is awesome or fully sick- in the best way possible. But no number of positive adjectives and superlatives can shake me from my thought that this is plain unoriginal and lazy, sorry Jordan.

Yet guess what? Last month I rehashed my review of “Glorify” (this time it was a version with TobyMac and TERRIAN, and you can view that here!)… but now it’s time for me to voice my opinions again on the same song! It’s absolutely necessary, as we can now juxtapose this song with 2 other versions. The rerecording with TobyMac and TERRIAN, as well as the rap/pop infused rendition with Lecrae and Hulvey. And while I did indeed praise “Glorify” when Toby and TERRIAN were guests on the track, unfortunately the same cannot be said of Lecrae and Hulvey’s additions. Sure the raps are tight and fully impressive, but they just don’t fit with Jordan. I don’t know what it is! While Toby and TERRIAN have given this version new life and have created a gem for the ages… Lecrae and Hulvey do a solid job, but there’s still a bit of disjointedness and a weird feeling that I just can’t place. Sorry to all of the rap enthusiasts, but I firmly believe that “Glorify” works better as a TobyMac song- if Lecrae and Hulvey guested on a track with Toby, that’d be absolutely amazing! So does it make me a bad person if I wish that Toby would’ve recorded this song by himself instead of Jordan? Maybe. You be the judge.

Surprising me very greatly (in the sense that I had high hopes from this song, and now they are dashed, but also reinvigorated through the Toby remix, and then let down once again with the Lecrae remix!), Jordan Feliz’s new song “Glorify” is a track that may grow on you but still is needed in today’s society, as mentioned by Jordan himself: I don’t know if I’ve ever been as excited for a song as I am for this one. Glorify means ‘praise and worship,’ but the sub-context of the word actually is to acknowledge and reveal the majesty and splendor of God by one’s actions. For me, coming out of this hard season of anxiety, stress and messed up priorities, now all I want my life to do is to glorify. I want to reveal the majesty of God by my actions…our world is fearful, for good reason, but the beauty in all of this is that Jesus is still on the throne and in control of all of this. What an amazing time to reveal the majesty of our God and for believers to come out of the woodwork, donating their time and encouraging people by speaking life and truth over them. The lead single from his upcoming new album slated for released in 2021 (why so late! Although perhaps Jordan doesn’t have access to a studio where he is quarantining?); this blip in the radar isn’t going to dissuade me from listening to Jordan’s music. Particularly when the remixes of the song feel more natural and cohesive than the original! No way, not in the slightest. In fact, I am eagerly anticipating Jordan’s new album- just so that I can say that “Glorify” is one of the weaker tracks from that project, and “Glorify” with Toby and TERRIAN is one of the strongest, and that “Glorify” with Lecrae and Hulvey falls somewhere in the middle. Though even if you don’t connect that much with “Glorify”, there’s no denying the passion of this inspiring young man of God. So what are you waiting for? Check out “Glorify” (all three versions!) and let me know what you think.