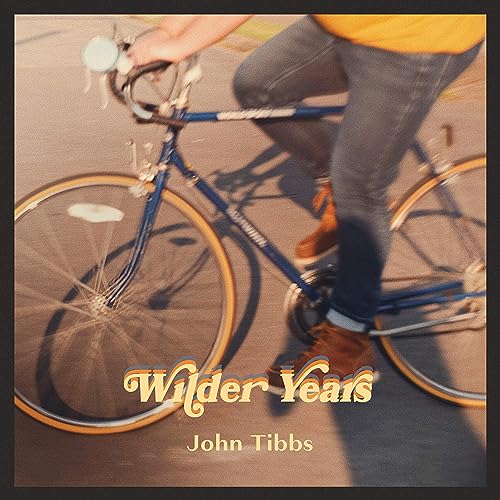 Extremely popular, and respected for his cover of the Erik Nieder hit single “Dead Man Walking”; John Tibbs, who previously was signed to Fair Trade Services a few years ago, released his brand new EP Heartland in 2017 (which you can read a review of here!)- which is an EP that is sure to inspire and encourage, as we remember that God is a God who won’t ever let us go, regardless of whether we think He should or not. John released the album through Pledgemusic as a platform (of which that crowdfunding site has now closed down!), and John’s sophomore project was quite compelling, comforting and confronting, while all the while enjoyable as well. With John also dropping the cover of Maren Morris’ “Dear Hate” last year, as well as a re-recording of “How Deep The Father’s Love For Us” and “Put A Little Love In Your Heart”- not to mention the hymns “It Is Well” and “Great Is Thy Faifthfulness”; the singer/songwriter and Americana/folksy artist has unveiled an all new EP Wilder Years recently, as he continues to explore the world we live in and examine the human condition.

Armed with a vibrant acoustic guitar and a distinct vocal akin to Aaron Gillespie, Bear from Needtobreathe and John Mayer, we are first presented with the jovial “Wild Things”- the pseudo-title track, as John poses the question, asking whether God created us to be ‘wild things’ or not. Subtly taking a jab at and confronting us with the concept of us not taking enough risks and living a safe life; John encourages us to lean into God’s direction, even if it’s the least popular and the one that makes us the most uncomfortable! While the 80’s themed rock tune “Details” dives more into questions and a philosophical/existential crisis with John continually asking questions of God, without necessarily giving us any answers. Later on her determines that it is in the details of life itself that we can see God, but overall the musicality of this track paints a very sombre mood.

The remaining three tracks on the EP serves the purpose of reminding us of the fragility, complexities yet also joy of human life and the human experience. “One Good Try” is a confronting yet freeing guitar led ballad, whereby John encourages us to give life our best shot- as we only have this day for certain, and then it’s over before we know it. An existential track that is somewhat morbid, “One Good Try” isn’t meant to cripple us, but instead should encourage us to take risks and take a leap of faith, as we make our life count, and count well- similar in theme to Switchfoot’s “Live It Well”. With the penultimate track of “Runaway” being a soft, piano led contemplative ballad, where John eloquently relays his identity crisis and his need to run away from God all just to run back home to the Father again (similar in theme to the parable of the lost son!); it is the positive, jovial and happy-go-lucky tune “It’s Gonna Be Alright” which ends the EP on a bright tone, as my favourite song on the EP earnestly imparts to us that Jesus is by our side always, telling us that everything is going to be alright.           In fact it is the EP closer that is the heartbeat of John’s latest batch of songs. As John emphatically inspires and relays that ‘…hope tells me You’re still here, standing over my doubt, and over my fear, oh I hear You loud and clear saying, ‘It’s Gonna Be Alright’…’, we are reminded that the God over everything and the God of all of our hopes, dreams, fears and failures, is right beside us always. Thus we have no reason to be afraid, and indeed, everything is going to be alright.

A while back ago, John Tibbs’ debut full length album in 2016 certainly lived up to the expectations placed upon it by the impressive EP in 2015, and in 2017, Heartland definitely exceeded my expectations as well. Now this year with John’s EP Wilder Years, John’s stature as a formidable artist in today’s society is cemented. Definitely having me eager in anticipation for John’s future projects (inclusive of a hymns project that he just announced!)- John’s presence and exposure to the CCM market this upcoming year is sure to be a good thing indeed, as he ministers to Christians and non-Christians alike with his honesty and relatable lyrics. So, are you intrigued by how Wilder Years sounds like, considering that we won’t hear these songs at a live concert for a while yet? I would definitely encourage you to check out John’s music, as these are some of the most personal and emotional songs that I have heard this year!