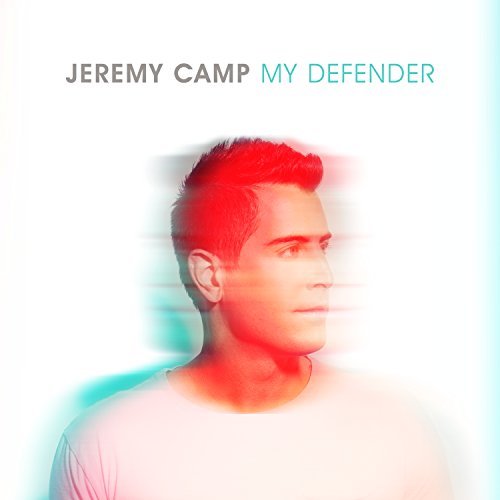 Jeremy Camp, by all intents and purposes, is a musician that has changed genres, so subtly across the many years that we as listeners probably would not have noticed it until we listen to Stay (his debut 2002 album!) and then the latest singles “Word Of Life” and “My Defender” that was recorded 15 years later. Throughout those 15 years, Jeremy has grown in leaps and bounds in his faith in God, and I guess it’s very unrealistic to expect him to stay the same musically. Previously within the genre of rock (on Stay and Restored) then transitioning to pop/rock and worship, and CCM (although there were moments in Speaking Louder Than Before, Reckless and I Will Follow that harkened back to his rock roots); there are many, including my brother who were disappointed by the lack of originality in the latest single “Word Of Life”. If anyone is wanting to know, I agree with my brother also. Just read this below to know Jon’s thoughts on “Word Of Life”!

“…if Jeremy feels like right now, he’s called to minister into the CCM market, then fair enough. However, this song [Word Of Life] feels like a drastic departure from his early days of hard rock in his 2002 album Stay. Sure as artists continue in such an industry, their sound evolves. However, upon listening to ‘Word of Life’ a few times, while the message is great and the heart and passion behind the song is undeniable, this song only stands out because of rhyming lyrics and a catchy beat, rather than unique lyricism and heartfelt poignancy…put it this way- if any other artist was singing this track, it wouldn’t have mattered. Put Chris Tomlin on it, or Danny Gokey, or Phil Wickham, or MercyMe, or Kutless, or anyone who is currently ‘big’ in the CCM industry at the moment. Anyone singing this, I’d automatically think they’d wrote the song. It’s like, there are certain songs that have a feel to it, and you know that it’s a Hillsong-esque track or a Jesus Culture-esque one. In this instance, ‘Word of Life’ sadly doesn’t have a ‘stamp’ on it, which is a shame. The song and message is good- and probably needed and relevant in society, in a way that Jeremy Camp sings about the message of Jesus being the word of life and that and that alone ought to be our source of hope, encouragement and salvation. That’s not the issue. Rather, the trademark Jeremy Camp sound that was initially brought to life in his earlier albums and songs is sadly not present in this release…Maybe someone will listen to ‘Word of Life’ and be encouraged. And maybe that’ll be me in a few months time. But right now, I’m not really feeling the song. And that’s ok. Maybe the Lord will speak to me in the next few months. Maybe I’ll feel exactly the same about this track then. Maybe I won’t. But what I will say is this…Jeremy’s heart is in the right place, and his motivations behind the track cannot be denied. Here’s hoping the next song Jeremy releases is much more musically refined and less radio friendly than ‘Word of Life’, for the sake of artistic expression and creativity in CCM…”

While I just quoted a fair chunk of the review that Jon posted a couple of months ago, let me contrast the in-your-face and brutally honest assessment of probably one of the most generic songs of the year, with my thoughts on Jeremy’s latest song “My Defender”. Released as a promotional single a month ago, alongside the music video, this song is indeed a step up compared to “Word Of Life”, and while the previous song didn’t have a ‘stamp’, according to Jon; “My Defender” does have a trademark sound in my opinion, a sound that makes this track head and shoulder above “Word Of Life” in terms of my enjoyment of it. Though it may not be the trademark sound die-hard Jeremy Camp enthusiasts are longing for. “My Defender” is heavily rooted in vertical worship. Say what? Yep, the same genre permeating through the album We Cry Out in 2010. But don’t let that throw you off listening to the song. While it remains to be seen how The Answer will sound like, let me provide you with hope and state that “My Defender” is a solid track that has me singing along long after the track has finished playing. It’s a bit cliché musically and somewhat repetitive lyrically, but unlike “Word Of Life”, I know that this song could not be sung by any other person except for Jeremy Camp (particularly in the chorus, where Jeremy emphatically belts out ‘…You’re my defender, You fight for me, I will remember, You’re all I need, You are my healer, my remedy against the power of the unknown, and I will not stand alone ’cause You’re my defender…’, eloquently reminding us of God’s eternal and faithful qualities). Dunno if that makes sense. Just listen to this song, and you’ll see what I mean!

Jeremy Camp has come a long way since recording Stay 15 years ago. But for those of you who are not fans of his music anymore because of the evident move away from his original genre, let me remind you all that The Answer hasn’t released yet. We do not know how that album will sound. Will it be rock or worship or CCM or some combination? Whatever the case, how about we do not jump to conclusions until we hear the full album on October 6th? Sure “Word Of Life” is generic, and “My Defender” is miles better an every aspect, but it’s only 2 songs out of maybe 10, 11, 12, however many make up an album these days… my point is (and I’m guilty of this as well!) that we crucify artists as much as we praise them, when they seem to make a mistake, when they do not reach the standards we make for them, when it’s really something else entirely, when the ‘mistake’ is in fact intentional. So before I sign off this mini-review of sorts and let you all debate about Jeremy’s musical direction, and lament about other artists whom you feel are ‘selling out’ like The Afters, Hawk Nelson, Sanctus Real and Kutless, let me ask you this? If Jeremy does decide to do worship or CCM full time and never go back to rock, are you going to demand that he must return to his roots, even if he feels God moving him elsewhere musically? Just something to think about…until The Answer releases in October this year!

3 songs to listen to: My Defender, until we realise that this song is so much catchier and impacting than “Word Of Life”!