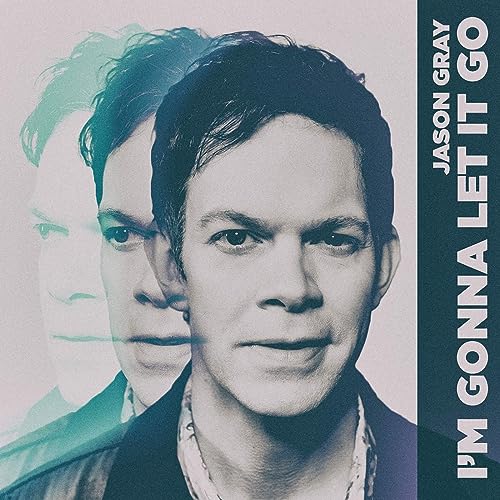 Jason Gray is one of my favourite artists of all time. The fact that he has a stutter and a remarkable story of grace and redemption leading him to music; is all the more reason why he is inspiring. Jason’s albums have always told stories from the depths of his soul, and have always included brutal honesty and real emotions. I have especially loved the trio of later albums Jason has released- being A Way To See In The Dark, Love Will Have The Final Word and Where The Light Gets In; while Jason’s Christmas album Christmas Stories: Repeat The Sounding Joy full of original material, his remix/B sides EP Post Script, joint EP project The Kipper Gray Sessions with his son, and his acoustic EP The Acoustic Sessions are also all powerful and majestic in every way possible. If you want to read more glowing praises about Jason, you can view our review of his 2016 album here; however Jason has unfortunately released an underwhelming track today. “I’m Gonna Let It Go” is lyrically strong- and possibly is inspired by his son’s cancer diagnosis and treatment; yet musically is a bit of a mixed bag.

EDM isn’t really Jason’s strong suit- I’d say more acoustic folk/singer-songwriter;- a more CCM version of Andrew Peterson. Yet “I’m Gonna Let It Go” is probably the most poppy track from Jason that I’ve heard in recent memory. Usually Jason pulls off even the most radio friendly of poppy tracks (think “Learning” and “More Like Falling In Love”!) yet this song isn’t one of them. Sure, it’d probably grow on me in the near future, yet right now, I’m not connecting with the track. Thematically and lyrically, Jason’s new song ticks all of the right boxes, and he does get 10/10 for effort. But as a first single, it’s pretty weak. But don’t take my word for it and you can listen to the track yourself and form your own opinion.

Jason Gray is one of today’s most accomplished and revered singer/songwriters, however even he makes mistakes and is fallible. “I’m Gonna Let It Go”, in my opinion, is one of those mistakes, yet I’m still anticipating Jason’s new project releasing sometime this year. Right now though, I’m revisiting Jason’s older albums, and getting into the groove and atmosphere that way, however if you love this new song, then go for it. Each to their own, right?