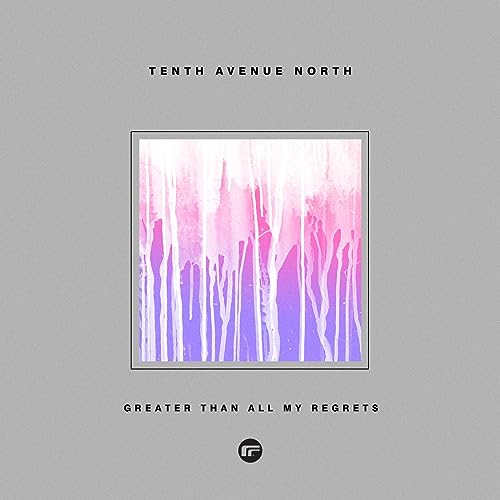 Last year, CCM/pop/rock band Tenth Avenue North released a controversial album. At least controversial for the CCM community. The Things We’ve Been Afraid To Say was an EP where the group tackle some of the most taboo subjects, singing songs of lament rather than songs of joy and of thanksgiving. Pouring your heart out to God, giving Him over everything, whilst not coming to a conclusion in the song, or at least a happy and joyous ending; isn’t explored enough in Christian music. This was why The Things We’ve Been Afraid To Say was so ground-breaking and revolutionary- here we were with an artist who was normally and predominately present in the CCM industry creating a very un-CCM like project. I mean, what was lead singer Mike Donehey thinking?

I guess he was thinking with his heart and not his pocket. I know it’s harsh to preclude and conclude than artists in CCM can sometimes do albums partly because of the dollars, but CCM is nonetheless a business just like any other. Radio singles sell and if you don’t have enough of those, then bye, bye. Yet Tenth Avenue North are at that stage in their career where they don’t really care about preconceptions. Mike felt that this EP was necessary (which Jon has reviewed in depth!), so that’s what the group did. Without any care of singles or touring or anything like that. If only to create discussion. I guess it comes as no surprise that no song officially went to radio in support of the release (except for “Secrets”, and that was a very brief stint!); however here we are in April 2019, and the group has provided us with another single. This time it is marketed and serviced to radio, and this time it is from an unnamed full-length album releasing sometime in 2019. “Greater Than All My Regrets” is written with Mike, bandmate Jeff Owen and former All Sons And Daughters member and founder David Leonard, and the result is nothing short of amazing. Standing at around four and a half minutes, the piano led ballad is most similar to tracks like “Worn”, “By Your Side” and “Healing Begins” from the group as well; and I reckon the track will be as big as these songs as well. As Mike passionately imparts to us that Jesus’ mercy is greater than our pain and regrets, that He alone can and will catch us when we fall; there’s something about this single that is sure to tug at our hearts and compel us to press repeat and listen over and over.

Probably one of my favourite songs from 2019, and quickly rising to be one of my favourite Tenth Avenue North songs ever (yeah, I know, it’s a bold claim!); “Greater Than All My Regrets” may have a radio feel and atmosphere, but that doesn’t mean that The Things We’ve Been Afraid To Say is a ‘bad’ release. It’s just different. So if you love the group’s previous EP like I did, and are wondering whether “Greater Than All My Regrets” is for you, then let me say yes 10 000 times over. Check out the track- you definitely won’t be disappointed. Bring on the next full length project guys- I’m more than ready for some introspective and reflective ballads and some signature TAN pop tunes!