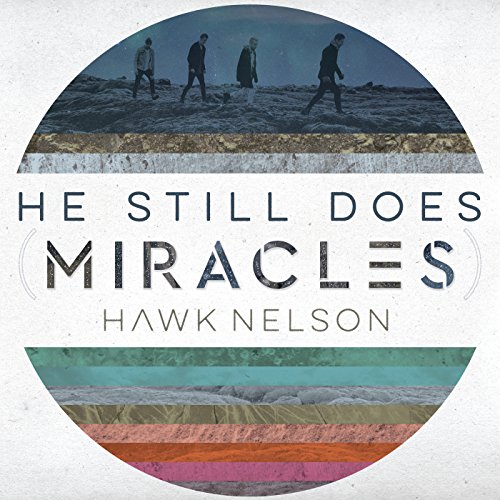 Hawk Nelson (HN) has had a fair amount of changes within the last five years or so. Just like artists who also had undergone lead singer changes (Audio Adrenaline and Newsboys to name a few), it was in 2012 that lead singer Jason Dunn decided to step away from the band. While Jason himself has decided to record a few solo songs and now in 2017 is bringing back the original Hawk Nelson to form a new band, it was after 2012 that long time guitarist Jon Steingard decided to step into the role of lead singer of HN from 2012 onward. And while after that time-period, the band essentially placed down their pop-punk roots and decided to carve more of a radio friendly music atmosphere (much to the disdain of some long-time HN fans), it has been Jon Steingard and his ability to present a band that is still very much emotive and heartfelt in their songwriting, that has continued to allow the band to be relevant, even now. Hawk Nelson and their material, albeit in a different genre than previously, deserves to be listened to, even if it is only at least once. As Jon states himself, ‘…I feel like the very existence of our band after 15 years is a miracle in itself… and within that miracle are thousands of other miracles… stories of God moving in amazing ways, both big and small. Thinking on these things reminds me how beautiful and special a life we’ve been given as children of God – that He isn’t some far-off creator who is hands-off, but an active loving Father who is present and working in our daily lives…’

And the above quote is essentially what this new song ‘He Still Does (Miracles)’ is about. Showing us that miracles, big and small, are everywhere in life, we just need to allow the Father to open our eyes and to see the things that are unique and special. The first radio single from their upcoming album Miracles slated to release in April 2018 (the band’s 8th studio album and their 3rd with Jon at the helm of lead singer!), this 3 year project has been one where they have written and recorded songs on the road, in various countries and many global settings. The song itself, because of the length in time it has taken for the band to release a new songs ever since their album Diamonds in 2015 that spanned radio hits like ‘Drops in the Ocean’, ‘Diamonds’, ‘Live Like You’re Loved’ and ‘Sold Out’; is as much anticipated as it is emotive and encouraging. With the song being added to radio this last week, and is now being played in rotation on radio stations like Air1; we have been blessed to hear such a song that declares that the same God who has saved us from death and the grave is able to show up in our lives and be personable with each of us, doing miracles in the moments where we may least expect God to be even present! The band also even filmed a very picturesque lyric video to accompany the song. Filmed in Iceland, we have been brought to see the magnificence of God’s creation; and understand that even the beauty of creation that we can see on a daily basis is in and of itself a miracle that we can marvel and be in awe of!

‘…as we were writing this album, we wanted the songs to be full of hope, joy, and excitement about who God is and what’s possible with Him in our lives. “Miracles” is a song that really embodies that, and I’m so excited that it’s the lead single and title track for the album. I believe that God is not just a God of the past. He’s not just the God from the Bible or the God of our ancestors or our parents. He’s a God who is present in our lives here and now! Our redemption – the things in our lives that need redeeming – when He comes in and redeems those things and works miracles, it brings glory to who He is. He wants to do amazing things in our lives!…’ ‘He Still Does (Miracles)’, the lead single from their new album, is very much appreciated and enjoyed I’m sure by any fan of the new Hawk Nelson, myself included. It is a track that while still very much CCM, is still a heartfelt song that encourages us all to see around us the miracles that God is placing in our path. Will the rest of the album be as encouraging and emotive as this new song from Hawk Nelson? We shall see. If so, this new album from Jon and the guys is sure to become one of my favourite albums of 2018 by the time December rolls around again. Well done to these 4 Canadians, delivering what I reckon is one of 2017’s best pop-CCM anthems to declare at the top of your lungs, driving in the car or even at home. Well done guys, hoping the rest of the album is as poignant as this first radio single!