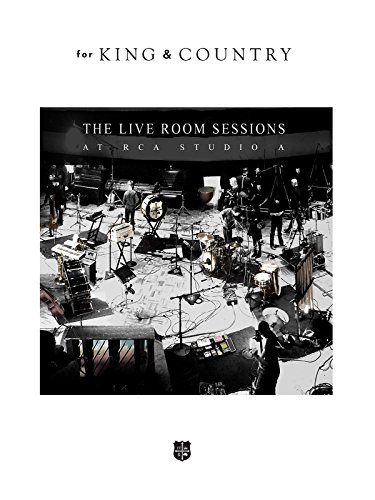 If there is one band that listeners need to invest their time, heart, soul, ears and their everything into, then I reckon the band should be the Aussie duo of brothers Joel and Luke Smallbone, otherwise known as the pop/rock band for KING & COUNTRY. Over the past few years, since their breakout debut 2012 album Crave followed by hit single after single, these honest, humble, passionate and energetic men of God, signed to Fervent Records, have carved a name out for themselves, recognised in Christian and mainstream music markets alike, bigger than simply just being Rebecca St James’ siblings. Always challenging us with their heartfelt lyrics and relevant messages, with issues prevalent to everyone, not just Christians; for KING & COUNTRY have also included a smorgasbord and myriad of instruments to add variety and depth to their music, not to mention encompassed a wide array of musical genres as well, from pop to CCM to worship, rap and rock. So on the heels of their most successful album RUN WILD, LIVE FREE, LOVE STRONG in 2014, the duo now returns for a live 5 song video DVD release, titled The Live Room Sessions at RCA Studio A. Comprising of 5 of their biggest hits from their second release, sung in a live setting in a famous studio, and filmed as music videos; these breathtaking and poignant performances are sure to show us more about ourselves and more about God, as we realise what a once-in-a-generation on-fire -for-Jesus band Joel and Luke are, and how much they’ll touch our lives, no matter what type of music we’re in the mood for!

Upon watching these 5 music videos, though simple and somewhat flashy and theatrical at the same time, one thing is prevalent- that both men are on fire for Jesus and it definitely shows. Even though it’s 2 front men, their band and a variety of vastly different instruments and gadgets that we’re not that familiar with (plenty of drums, a glockenspiel, wind chimes, pulsating orchestral arrangements and the bountiful usage of synth), both Joel and Luke resolve to stay true to their faith and style, with each song and video demanding our attention through the arresting and captivating musical performance as well as the powerful and inspiring lyrics.

With the epic guitar led anthem “Fix My Eyes” a bold statement from the duo, declaring that we will ‘…love like I’m not scared, give when it’s not fair, live life for another, take time for a brother…’, yet above all ‘…fix my eyes on You…’, highlighting the fact that we will turn to Christ at all times, knowing that He will rescue us from any situation; and the band’s most recent single “Shoulders” an introspective piano led mid-tempo ballad, declaring that Jesus is the One we can call on in times of trouble, that He can carry us on His shoulders; we are introduced to a band never watering down their faith, and are unashamedly proclaiming the name of Jesus with the knowledge that at least one person’s life will be changed from their music. Even though I’ve heard all of these songs before, watching the live videos (inclusive of an official video of “Run Wild”- rapper Andy Mineo does appear in the video in the live room!) makes me appreciate the band all the more. And while I could go on and on about the rest of the videos, inclusive of “To The Dreamers” (an uplifting melody encouraging us to dream far because God is on our side) and “No Turning Back” (a more energetic electronic remix like and rock recording and the reimagined and reworked hymn rendition of “I Have Decided”); I will just encourage you to watch the videos on YouTube, or at least buy them on iTunes or Spotify- these songs and videos are very encouraging, and they’ll definitely strengthen you faith, deepening your relationship with Jesus Christ!

What can I say about for KING & COUNTRY and this particular release that I haven’t mentioned about already? With these videos highlighting the qualities of passion, hunger, honesty, brutal emotion, utter devotion and faith, evident in Joel and Luke as they set about sharing the gospel through song, there’s no denying the fact that these brothers are on a mission, and are fulfilling it quite remarkably. Their impact in the mainstream is so far reaching, that pop singer Taylor Swift even commented on for KING & COUNTRY’s cover music video of her song “Out Of The Woods”, a surprising occurrence that I’m sure will continue into the future as the lines between Christian and mainstream music begin to merge. Though all of these five offerings can be heard as studio recordings on RUN WILD, LIVE FREE, LOVE STRONG; it is the video portion of the release that impacts me the most, and The Live Room Sessions at RCA Studio A is a must for any for KING AND COUNTRY fan, or anyone who loves CCM/pop and wants to hear something different from anything heard on the radio recently. Well done guys for creating magic out of already known and loved favourites! I can’t wait to hear studio album #3, whenever it releases! Bring it on!

3 songs to listen to: Run Wild, Shoulders, No Turning Back