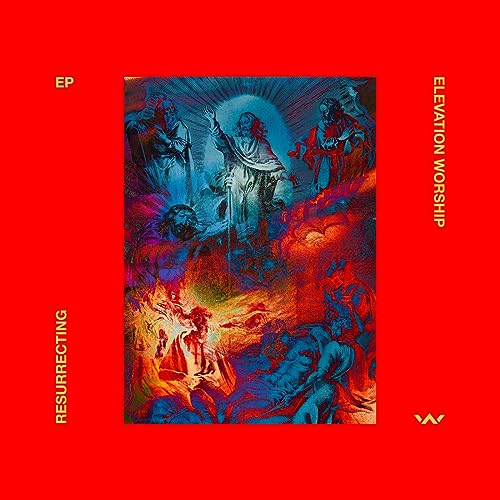 “…Elevation Worship, quite a relatively new-ish band (or worship movement, or collective…), are the latest to have successfully broken into the CCM radio, not an easy feat by any means for worship artists. For artists like Chris Tomlin, Matt Redman, Crowder, Kari Jobe, Meredith Andrews, Kristian Stanfill, Christy Nockels, Rend Collective and others, their time on the Billboard Christian music charts have been since long, long ago, and it is only recently that Hillsong Worship and Hillsong UNITED have joined them- with “What A Beautiful Name” and “Oceans” respectively. Now, despite boasting numerous worship albums, Elevation Worship has entered into the charts, and I reckon they won’t be going anywhere anytime soon. “O Come To The Altar” was a big surprise last year- as a radio hit, as well as being on WOW Hits 2018, and [last year we were]…treated to yet another surprise single song 5 track EP. Do It Again EP celebrates the popularity of “Do It Again” on radio, with 5 versions of the same track!…”

Taken verbatim from my previous review of “Do It Again”- I thought I wouldn’t try to write a new introduction of Elevation Worship and what they’re all about- especially when it’d be similar anyway! Now that we’ve got that out of the way- let’s dive deep into the next new-ish release from the band (not including Hallelujah Here Below which will be reviewed this month!). Because not to be outdone by global megahits and singles “Do It Again” and “O Come To The Altar” previously, Elevation Worship have now released a 6-song EP of different versions of their song “Resurrecting”- a song previously recorded in 2016- but re-recorded without Mack Brock’s vocals, to reflect the band personnel currently, now that Mack has departed the band and has started to be a solo artist. It’s a ‘old’ song but is only reaching radio now, so I guess the band thought ‘why not’ in respect to what I personally think is a unnecessary label and marketing ploy.

Using a similar framework to both their EP’s of “Do It Again” and “O Come To The Altar”; the offerings here is the original live recording, their new studio radio version (minus Mack Brock, to my own disappointment), as well as an acoustic version, and instrumental version, a Spanish version and the live Elevation Collective version with The Walls Group. Though last year I found that the Do It Again EP never felt stale, unfortunately this release does at the moment, for some reason. It’s not for lack of trying for the band, as this song is technically, lyrically, musically and vocally sound, and this release does show us that the band have recorded a winner and a smash hit here (and a song that should be a definite inclusion for WOW HITS 2020!)- yet I think an EP for another successful single is a tad too much. Nonetheless a song about Jesus dying and resurrecting from the grave is needed for us to fully grasp the concept of His love and sacrifice for us. Perhaps a release date around Easter time would have increased my enjoyment of this song?

While the band is still on the rise, and “Do It Again” already having propelled Elevation Worship to even greater heights than “O Come To The Altar”; “Resurrecting” will do so even more for the band in 2019. Though the band haven’t delivered as much tracks that are as popular as songs from other artists (with the exception of tracks like “Give Me Faith”, “O Come To The Altar” and the aforementioned “Do It Again”), it seems that “Resurrecting” will be continuing the trend of “Do It Again” and will be another song that helps Elevation Worship rise to the highest of heights that Jesus wants them to climb. Well done Elevation Worship for this song, one of my favourites of this year/last year (although nothing can top “Do It Again”!). Bring on the next album sometime this year/early next year!