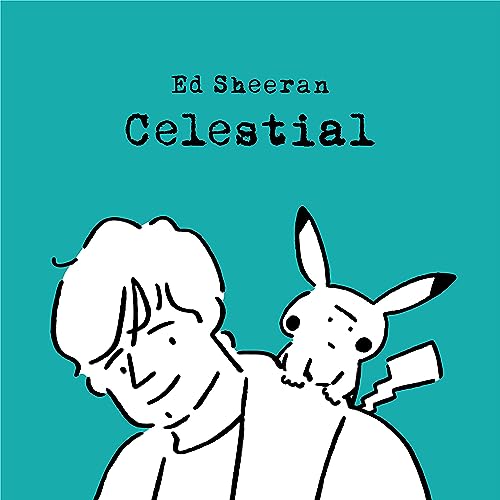 One of the most respected, popular, influential, powerful, encouraging, honest, vulnerable, and emotional artists I’ve heard in a long time… is British pop singer/songwriter Ed Sheeran. We blogged about Ed a few years ago, and all of the positive things Jon had to say about Ed, his music and his song writing, still ring true today. Ed’s brand of pop isn’t like the pop you hear on the radio today; and though he is a mainstream artist, I find myself resonating with his music probably even more so than some of the CCM artists that I’ve been listening to for a longer time. Ed has a way with words and with the acoustic guitar and with the piano- when you listen to an Ed Sheeran song, you can’t help but feel emotive and inspired and encouraged and comforted; and his brilliant prowess as a singer and as a songwriter is probably as big as it has ever been right now, and as never more so on display I reckon, than in his most recent album =. Pronounced ‘equals’, = was reviewed by Jon here… and again I agree with everything that he has said and mentioned about Ed and his songs. Songs like “Overpass Graffiti”, “Tides”, “The Joker And The Queen”, “Visiting Hours”, “Leave Your Life” and “Stop The Rain”, are all songs that are highlights and are songs which are impactful, compelling, and thought-provoking. While “Bad Habits” to me is still the lone ‘mis-step’ of the album… so 13 good songs and 1 mediocre one isn’t that bad. Now fast forward to now, and Ed is back with a new song. “Celestial” is a track to promote the new Pokemon video game releasing in November… and boy is this track an encourager and an uplifter if ever there was one. I recently reviewed Ed’s deluxe edition of =, which you can read here– standing tall at 23 tracks, Ed has added an additional 9 songs, and has enhanced his album to more stratospheric heights. I didn’t think that = could be improved upon… but it has. It’s a shame though that “Celestial” didn’t make the list for the deluxe edition of =; but perhaps it’s the lead single for a new album?

I met the people from Pokémon when I was traveling in Japan, and we joked about me writing a song for them. I’ve played Pokémon since I was in primary school. Me and my brother used to have different versions of the games and would trade Pokémon together ‘til we each completed our Pokédex. I loved the cards, but the games are what I lost myself in. I loved the whole world they created; it kept me distracted if there was negative stuff happening in my life/school that I wanted to avoid. It was a world I could escape into, and I’ve played it ever since. Even though I’m 31 now, I still own the same Game Boy Color and play Pokémon Yellow or Silver on planes and trains when I’m on tour. It’s such an honor to add a song into a Pokémon game and shoot a nostalgic video too.

Ed Sheeran has been a busy, busy guy since we blogged about him and since we reviewed his most recent albums. Just take a look at how many “2Step” remixes he has released! As for this new Pokémon song; well, it’s just a ball of nostalgia, isn’t it? The song needs to be heard alongside watching the compelling music video… and even if you haven’t played Pokemon before (my brother and I rarely played in primary school, and when we did, we kinda stopped being ‘into it’ after we were duped into selling our real Pokémon cards for fake ones!); how could you not be immersed in the craze back then, and how could this video not bring a smile to your face. There’s this sense of innocence, naivety, and simplicity back in the 90’s, and this video/and song brings the sentimentality and nostalgia ten-fold and even more. Ed Sheeran has managed to bring us back to the best parts of our past… and for that, he is a genius, a magician and someone who is extremely talented at his craft.

Ed Sheeran’s song-writing and inspiring lyrics and heartfelt vocals ensure that he is a star at the moment and that his best work is yet to come. “Celestial” confirms Ed’s greatness amongst other British artists like Phil Collins, Robbie Williams, Coldplay, The Beatles, David Bowie, Sting and George Michael to name a few. Though not that particularly deep, “Celestial” still reminds us that at the moment, Ed can do no wrong. Well done Ed for setting the bar high once again! I can’t wait to hear what’s next! Perhaps a Christmas album? Or a remix album?