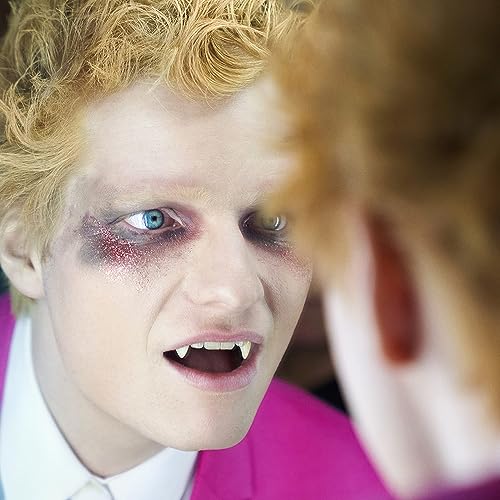 Everyone knows Ed Sheeran. I’m not even going to pretend that someone doesn’t know who he is, not even going to entertain that idea. What I will say is this, though. Ed has become a household phenomenon, quite literally. Not that there’s anything bad with becoming a success quite quickly, but sometimes, if you’re not careful, success can go to your head and turn you into something that you are not, or something you know you don’t want to be, but can’t stop the metamorphosis anyway. For Ed, to go from no-one hearing your name, to now everyone hearing it- with the fact that he has released 4 highly successful albums throughout the 2010s, and also that he is from the U.K. rather than the big, gigantic, massive, towering monstrosity called America, is something extraordinary, like fresh air being pumped into a room that has been sealed off for hours. Because that is how I feel sometimes the music industry is like. From the same artists, the same countries, the same songs, the same messages- and then Ed Sheeran comes along, and no he is not like British boy-band group One Direction. He is different, unique, quirky at times, and by the world’s standards, a nerd. Nerd isn’t a bad term, just a term that I’m sure describes Ed quite well. And that is why I reckon his success has been as it was- people who are ‘nerds’ relate to him- it is a reminder that singing, and music isn’t just reserved for people who ‘look the part’. Because in all honesty, from afar, if I didn’t know Ed was a musician, I probably wouldn’t have picked it.

Ed has released a fair amount of album releases throughout his career- his most famous album, Divide (stylised as ÷), bore the singles ‘Castle on The Hill’, ‘Shape of You’, ‘Galaway Girl’, ‘Happier’, ‘How Would You Feel’, ‘Supermarket Flowers’ and ‘Perfect’, while other songs throughout his career that have charted well on radio, are inclusive of tracks like ‘I Don’t Care’, ‘South of the Border’, ‘Beautiful People’, ‘Photograph’, ‘Thinking Out Loud’, ‘All of the Stars’, ‘I See Fire’ and ‘Bloodstream’, to name a few. Ed’s impact is far unparalleled, maybe even since Phil Collins back in the 1980s, and though only a career spanning since 2011 till now, we’ve been able to witness countless of songs, and albums that have changed the course of music as we know it. I even wrote a blog post on Ed and his impact on society, music, and culture as a whole. Now in 2021, we see Ed’s first single ‘Bad Habits’, from his unnamed album release, later on during the year. And while I myself had high hopes for the track, this sneak peek into the direction Ed is going towards, is unfortunately not as compelling and engaging as a lot of his songs in the past. In fact, this track doesn’t really hit any of the notes that ‘first singles’ should, that if this is the new direction Ed is going into for the future, then this upcoming album may be the first album from Ed that I’ll intentionally skip!

Let me just say that up until now, I’ve loved and appreciated most of what Ed has delivered, with the exception of a few songs here and there on his most recent album No. 6 Collaborations Project, but that’s neither here nor there. But what is the point is this- that after a few years of virtually radio silence, Ed’s comeback single (aside from the standalone ‘Afterglow’ earlier on during the year- a song that encourages us all to hold onto the good feelings and the ‘afterglow’ of the good moments in our lives, done all-acoustically) is ‘Bad Habits’. At 3:51, this pop EDM track has shot up to become one of the highest charting songs of 2021 (maybe even high up there next to Olivia Rodrigo’s ‘driver’s licence’). But, having said all of that…the song itself isn’t that memorable. Yes, there’s the mesmerising looping beat, and the message that can be universal, of how we ought to be worried that our bad habits lead to us doing things to others and ourselves that we regret (or even our bad habits allow someone else in our lives to take control- in an oppressive way- rather than us). But even the message and the beat cannot save this song. ‘…my bad habits lead to you…’ Is this refrain supposed to be sung in a way that the persona is ashamed about what they’ve done, or something to be celebrated? Who are the bad habits leading to? Ed’s voice in and of itself, isn’t really that striking and unique- and with the looping percussion and beat that seemingly sounds very loud in the track, Ed’s voice seems to be drowning amongst all the EDM that should be in the background; but isn’t.

It’s like Ed himself is trying to have a battle with the music, to see who comes out on top. The production also isn’t that crash hot- after the song finds the ‘groove’ of the looping EDM beat, the song doesn’t really change, musically, after that. The song seems pretty much fairly-standard, and with the lyrics and production not really giving us something new, even the message of how poor outcomes can be the result of quick and rash decisions, is not enough to pull ‘Bad Habits’ from the depths- the message of the song has been done before, to death. Ed’s always good with the acoustic guitar, and even less instrumentation, because the instruments sometimes distract from his voice and songwriting- and yet ‘Bad Habits’ wants to turn Ed into an EDM artist, when much of his career, music-wise, was heavily influenced by acoustic guitars and those sounds. I’ve appreciated Ed for this long, but where he stands now, compared to his songs in 2017…there should be growth, artistically, sonically, even lyrically. But there isn’t any. Which is very, very unfortunate, because people are itching for new songs and sounds. A looping percussion all the way through a four-minute track is not the definition of ‘new sounds’! Yes, I can appreciate Ed for all of the music he’s created, but not this. ‘Bad Habits’, the track, may even lead me to enact a good habit for a time- not listening to Ed and his music, and maybe checking out another underrated artist in the upcoming months ahead. Here’s hoping the next single from Ed’s forthcoming album is much more groundbreaking, emotive, heartfelt, and meaningful than this track. But then again…this song is one of the highest-selling singles of 2021 so far…so, would Ed change his style back, if commercially, the song is doing great? Only time will tell. Till then, let us all listen to his four previous albums. Because, well…they’re better than this, right?