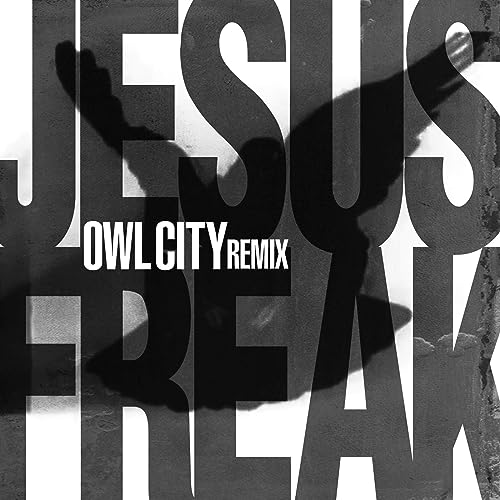 If I am to be completely honest, during the time when DC Talk was relevant, popular and churning out radio singles and albums like it was nobody’s business, I wasn’t listening to them. Frankly, I wasn’t even listening to them during my very own high school years. Sure I heard songs like ‘Jesus Freak’, ‘Say the Words’ and ‘In the Light’, and a few more for good measure; but for me, the time where I realised how great the band really was and how ahead of the curve they were in terms of stating their beliefs very boldly, was just like every other band/artist- a week or so prior to discussing about them. So yes, you guessed it- around a week ago, when I heavily listened to the band, to rediscover, if you will, what this trio really had for the world to be captured by them sonically; I fell in love with 1980s/90s music all over again. And let me just say that this group’s longevity was sadly cut short.

Be it because of each member’s desire to create music on their own, or even a shift in dynamic with the band; whatever the case, in 2001, the band parted and went their separate ways. Sure they’d come together every once in a while, and create music that sounded like them over the years (‘Atmosphere’, ‘Love Feels Like’, to name a few); the atmosphere of the group (no pun intended) was never the same again. Toby, Michael and Kevin all went on to have between moderate and really successful solo careers. So what is really great about the DC Talk years of primarily the 1990s? Should we as lovers of music, need to dig deeper and mine whatever gold there is within these 5 studio albums that these men created? TobyMac, Michael and Kevin indeed made an imprint on Christian music way back in the day, and, 5 studio albums, a decade, and a couple of JESUS FREAK Cruises later- embarked on by the three members of the band (once in 2017 and again in a few months!); DC Talk still has people talking, about what has been touted as some of the most overtly Christian evangelistic music people have heard…ever!

There is one thing that I think we all can agree on. And it is that 2020 was a harrowing year, and a year that we’d all want to forget. COVID-19, Black Lives Matter and the death of George Floyd, the potential death of the cinema experience… there’s lots of things that make us want to ‘turn the page’ proverbially and kick 2020 to the curb. Now that it’s 2021, things have to look up, right? Thankfully, things are indeed a bit better with a remix of… yep, you guessed it- it’s dc Talk’s 90’s smash hit “Jesus Freak”, remixed by Owl City’s Adam Young. Now, do you all need a history lesson of dc Talk and their massive singles? I guess that’s what Wikipedia and Jon’s blog about them are for. And with the group technically still on hiatus, and with fans still clamouring and wishing for another all original album from these guys- just one!- is a remix of “Jesus Freak” this year going to satisfy or whet their appetite? Maybe, maybe not. I myself wasn’t that much of a dc Talk fan back in the day… so their ‘breakup never really affected me. But for die-hard fans, “Jesus Freak (Owl City Remix)” won’t satisfy- there’s no doubt about it. For the rest of us though… let us remember that even if 2021 deteriorates and is as bad or even worse than 2020, that Jesus is on our side, and that it’s still cool to be called a Jesus freak, to stand for what you believe in, and to stand for what is right and true and good. So without further ado, here’s the original video below and the remix video? 2021 is already better than 2020, isn’t that right?